Home » Where Are All Of Kate Middletons Exes Now? 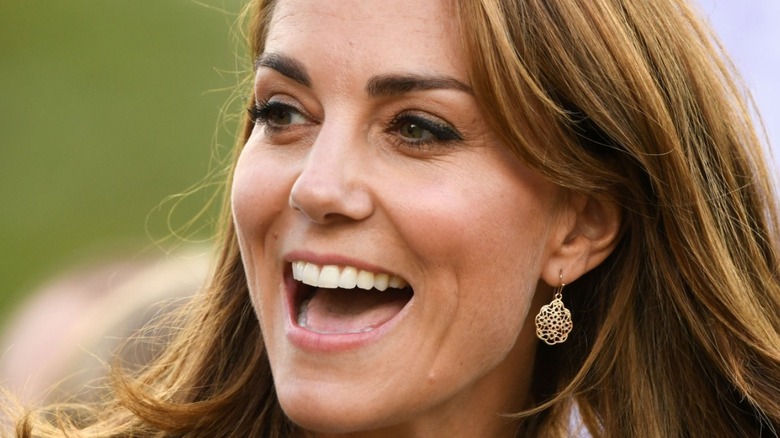 Prince William and Kate Middleton, his future queen, have enjoyed 10 happy years of marriage together, during which time they’ve added three adorable children to their royal brood and captured the hearts of an entire Commonwealth.

There was a time, however – well, an entire decade, actually – while the twosome kind of dithered around from their initial meet cute to their long-delayed wedding day.

While the tabloids’ cruel nickname of “Waity Katie” was at least somewhat accurate – in that Kate spent quite a lot of time spinning her wheels waiting for her prince to pop the question – she did have a few others eggs in her basket. There are a handful of men Kate dated before she met the Duke of Cambridge, as well as one or two who were on hand to cheer her up when she and Wills were “on a break,” as Ross Geller would put it.

Willem Marx was an early fling 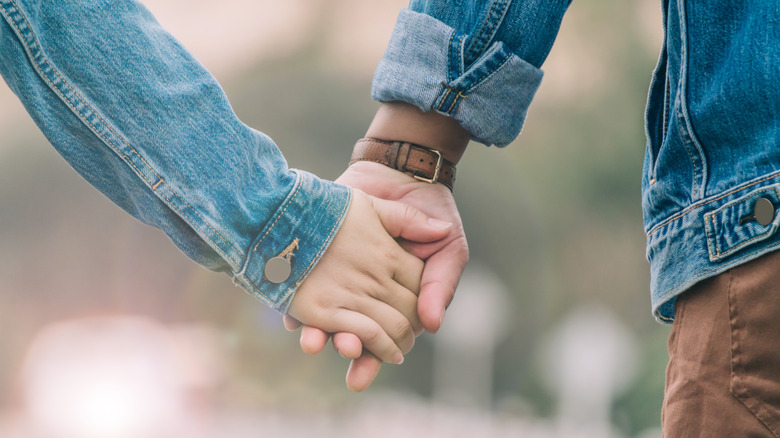 One of Kate Middleton’s earliest boyfriend is Willem Marx, a boy she knew back in boarding school. According to The Sun, their alma mater, which goes by the name of Marlborough College, isn’t a college as we know it in the American sense of the word. According to their website, the school is for pupils between the ages of 13 to 18, so basically this was a high school (or possibly middle school?) romance. Though according to The Sun, “nothing came of it,” Marx and Middleton evidently remained friends.

Marx pops back up again in Middleton’s life in 2007, presumably after her temporary split with Prince William, but was apparently no more than a one-time escort to a nightclub. Four years after this encounter, Marx would be a guest at the royal wedding of the century.

As of writing, according to his website, Marx is working as a journalist (both video and print). The Daily Mail reports he married an Italian TV presenter named Johanna Botta in 2014. The two of them are living in London and are the parents of a young son.

Harry Blakelock may have been Kate's first (and worst) love 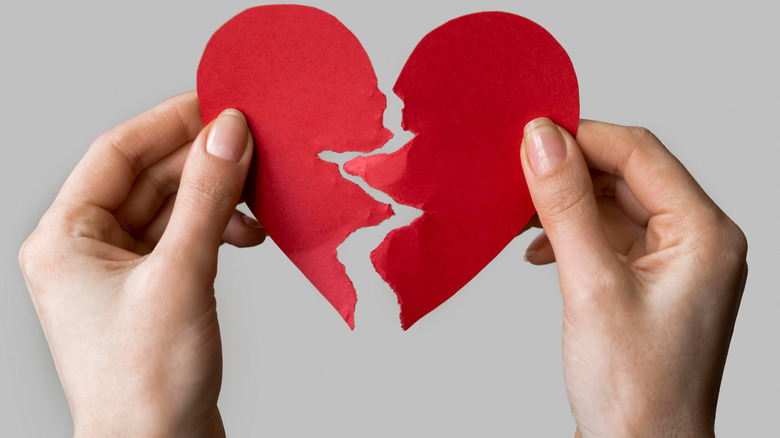 Another one of Kate Middleton’s boarding school relationships appears to have been much more intense than the one she had with Willem Marx, since by all accounts her breakup with Harry Blakelock apparently broke her heart.

Blakelock, who was a year ahead of Kate at Marlborough College, evidently split up with her sometime before the gap year she took prior to enrolling at St. Andrews University. As one of Kate’s friends later told the Daily Mail, “She was really hung up about Harry. She spoke about him all the time.” The relationship, however, had not been a happy one, as the friend went on to say of Blakelock, recalling, “He seemed to have blown hot and cold with her when they were at school and she was always talking about how she could get him back.”

As to what Blakelock is doing these days – well, needless to say, he did not make the guest list for Kate’s royal nuptials. Instead, the Mirror says he married another Marlborough alum, a friend (or possibly former friend) of Kate’s, and is now a “transactional risks partner” with insurance brokerage firm Lockton.

Ian Henry was a nautical fling 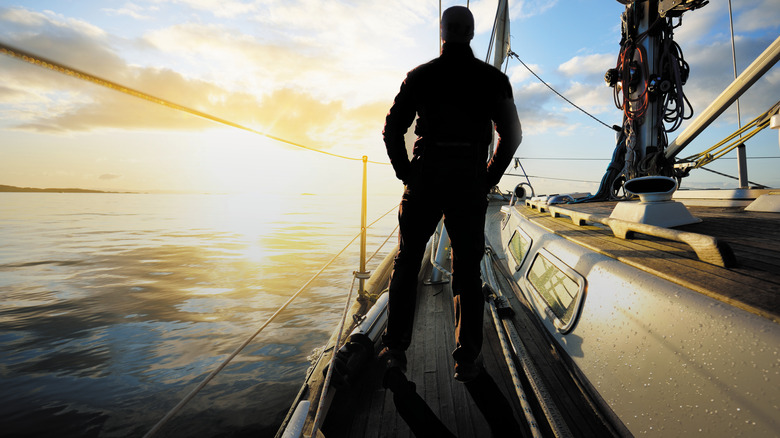 While Kate Middleton didn’t get involved with anyone during the gap year she spent in Italy, she did engage in a little shipboard romance the summer before she started college.

Daily Mail reports that she worked as a deckhand helping to sail corporate yachts, and even though some of her coworkers found her a bit shy and even “prudish,” they loved the way she looked in shorts and gave her the nickname “beautiful Kate.” Although many of them asked her out, she only said yes to one lucky guy, a fellow deckhand and aspiring Oxford student named Ian Henry.

Henry, as opposed to some of Kate’s other exes, appears to have kept a pretty low profile over the years. The Mail last caught up to him 10 years ago, at which point the then 30 year old was still enjoying the open seas. Henry even landed a gig “skippering luxury yachts owned by millionaires in the Caribbean.” At the time, Henry confirmed that he and Middleton were “very good friends,” though the outlet suggested that the Duchess may have married Henry is she wasn’t swept off her feet by her Duke. 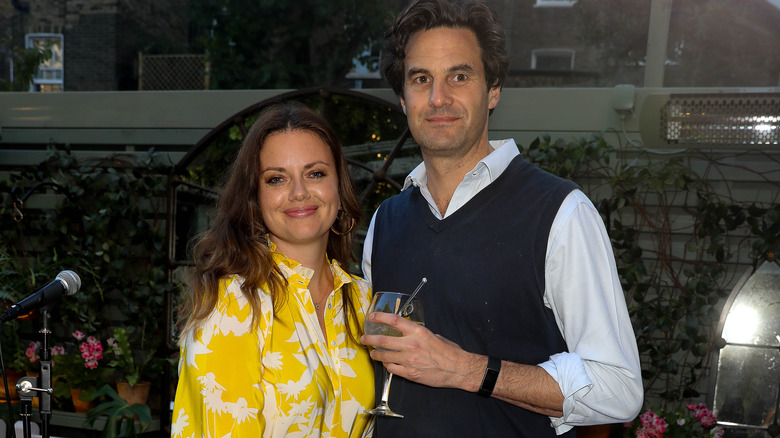 The first time Kate Middleton caught the eye of her King-to-be, the Daily Mail says she was walking the runway at a student fashion show attired in an uncharacteristically slinky, barely-there lacy little number. Even though both she and Prince William were paired up at the time, their pre-existing romances may have been doomed from that moment on.

So who was Middleton’s soon-to-be-ex at the time she met William? He was a fellow St. Andrew’s student named Rupert Finch. Finch recovered from his broken heart (or wounded ego) in short order as he went on to graduate from law school and begin dating and later married Lady Natasha Rufus Isaacs, the daughter of the Marquess of Reading, per PopSugar.

Finch and Isaacs not only attended Middleton’s wedding in 2011, but two years later, the royal couple attended their wedding in turn. What’s more, Middleton is a loyal customer of Beulah, the fashion line co-founded by Isaacs, per Hello magazine, so it’s clear there are no hard feelings all around. As of writing, Finch is the in-house lawyer for British chemicals and sustainable technologies company Johnson Matthey. He and Isaacs have three daughters, and they are reportedly tight with Princess Eugenie and her new husband, Jack Brooksbank.

Henry Ropner was Kate's romance during her break from William 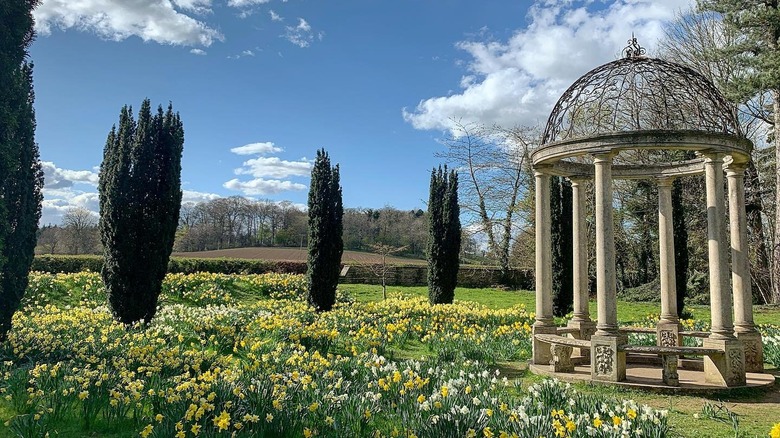 By the spring of 2007, Kate Middleton and Prince William had been dating on and off for several years, but when the future monarch decided it was time to sow a few final wild oats they broke up for a full year.

During that time period, Middleton did more than just wait for William to come charging back into her life. Instead, she jumped back into the dating pool and soon found another big fish to go swimming with: shipping heir Sir Henry Ropner.

According to Tatler, Ropner, who has a degree in civil engineering, currently works as Investment Director at FPE Capital. While his job probably pays quite well, his family’s shipping management firm is worth an estimated £33.7 million (the equivalent of about $46.6 million). He married a woman named Natasha Sinclair in 2011, just a few months after the royal wedding took place, although evidently he hadn’t scored an invite. As of writing, Ropner and his family reside on a Yorkshire estate that boasts its own arboretum.

Box office beauty and the beast