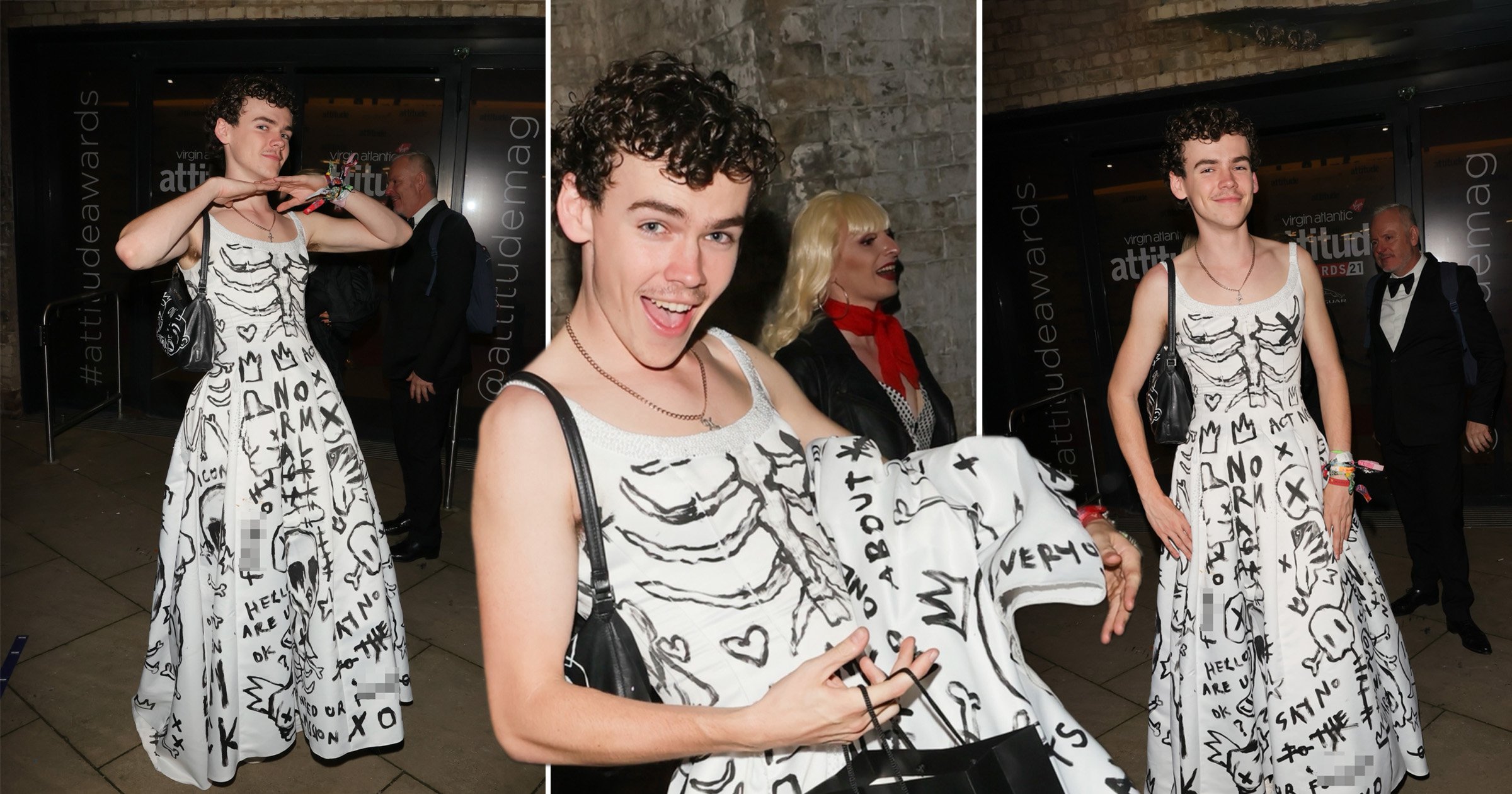 Zoe Ball’s son and The Circle star Woody Cook headed to the Attitude Awards last night in a rather resplendent frock, complete with expletive scrawlings.

Attitude Awards by name, attitude awards by nature, we suppose.

Rocking up to the event in a white, corseted dress, Woody – who is Zoe’s son with Fatboy Slim’s Norman Cook – said it with his dress, which was emblazoned with the F-word as well quotes including ‘normal is dead’ and various other graffiti-like doodles, created by artist and designer Olli Hull.

The 30-year-old twirled for cameras and showed off the gorgeous gown as he left the event, held at Camden’s Roundhouse.

Mum Zoe – who previously starred on Celebrity Gogglebox alongside Woody – was much like us and fawned over the dress on her BBC Radio 2 Breakfast show this morning, after posting a shot of Woody at the awards with Russell T Davies on her Instagram.

She said: ‘Rylan [Clark-Neal] was looking gorgeous at the Attitude Awards last night in a snazzy shirt.

‘You can look up the pictures of everybody who attended, including my boy Woody who went in this incredible dress.

Woody rose to fame in 2019 after he appeared in the final of Channel 4 reality show The Circle, losing out to winner Paddy Smyth in the last rating between the remaining contestants.

He said he decided to appear on the show to experience life without the baggage of being ‘Fatboy Slim’s son’ as he has often found himself taken advantage of because of his parent’s fame.

The annual event was held in a room of 650 attendees in celebration of the LGBTQ+ community.

New deaths articles are added to their respective month and then …

Here are 10 celebrities you didnt know got veneers, or other major cosmetic dentistry …