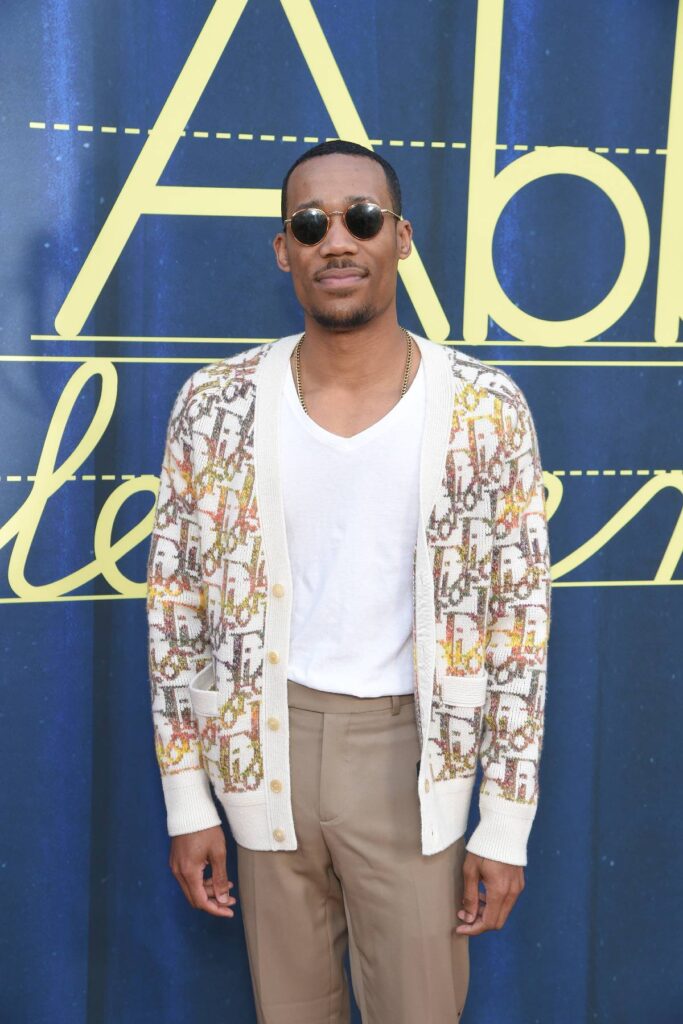 Abbott Elementary is filming season two as we speak. I’m a little desperate for it to come back on the air. That feels good, I haven’t felt that way about a show in a bit. While I like all the characters, I think my favorite might be Gregory. I identify with many of his personality traits. And I love Tyler James Williams in that role. Before Abbott Taylor was arguably best known for starring in Everybody Hates Chris, which still blows my mind a little. Tyler received his first Emmy nomination for his role on Abbott, although he’s had other award recognition for his roles on Chris and Dear White People.

Yahoo has a lovely interview with Tyler. He said that many people in his family have become actors and they discussed collectively how they want to be represented on film. Because they didn’t want to be perpetuate Hollywood stereotypes and societal misconceptions, Tyler said he learned not to take roles that were offered him but rather to go for the roles he had to fight for. He said the roles they offer you are just going to “keep you in a box.”

On early success with Everybody Hates Chris: They put my face on literally every bus in New York City. Like, literally every single one. I was just one of the faces in this crowd, beating the block like everybody else was, and now, yeah, they know exactly who I am, whether they want to or not… It was kind of traumatic in the sense of, like, I just wasn’t used to that many eyeballs. And at 12 you just feel that as you’re walking through a crowd.

On choosing his roles: I would say my teens is where it really started to change. I had to really decide what kind of actor I wanted to be, and I was like 17, and that’s when I learned, never take the roles that you’re offered. Only take the ones you gotta fight for. Never, never, because the ones that you’re offered, they’re gonna keep you in a box. There’s a lot of noise, particularly around child actors. Everyone’s saying that you should do this or you should do that.

On how he wanted to be seen on film: There was a lot of conversation at home about how we showed up when we were on camera, that we had an opportunity, particularly as Black men, to represent Black men everywhere who looked like us, and how we showed up was important. We had an opportunity to show people sides of things and realities that they wouldn’t have normally seen in a way where they can kind of, you know, digest it easily and also fall in love with it.

On what Gregory represents: I wanted to represent people who looked like me, to tell stories of, you know, the average Black man experience with, like, supreme amounts of empathy and emotional range. And I didn’t want to be an actor who made a lot of money but didn’t do any work that actually moved the needle societally. There has been a narrative that Black men were not able to control over the deadbeat dad, of somebody who wasn’t, you know, concerned about the rearing of the next generation. And, like, that’s a stereotype that was put on us, so when I saw Gregory, I saw this opportunity to show the heart of a Black man for his next generation, to see how it pulls on his heartstrings.

I wasn’t sure what Tyler was going for when he said not to take roles offered but I get it now. There are so many preconceived ideas for roles today. I’m not bagging on people who need to take a role for money between jobs, self-preservation is something else entirely. But Tyler has a point about convincing people you belong in a role and it applies to almost everyone. It’s good advice and probably extends past Hollywood. I know I fought for positions that were on a different track from what my boss saw for me.

Tyler’s comments about how the role of Gregory and Abbott represented everything he wanted in a role made me look at his character in a new light. Especially on the heels of the discussion with his family about how they agree to show up on film. While Janine grew the most last season, Gregory evolved and I loved the traits they had him keep and what walls they put cracks in. It speaks to what Tyler said about wanting to move “the needle societally.” And there’s still road to cover with Gregory that doesn’t even involve the now single Janine. There are the issues with his incredibly well-cast father (Orlando Jones) and his pursuit of the principal position. Plus, the secret gardening and his bizarre food stuff. But all of it makes Gregory messy, even in his perfectly pressed slacks and buttoned up shirts. And Tyler’s ability to play him with humanity under an awkward veneer makes him endearing. Finding out what the character means to Tyler just makes him that much more attractive.

If you are looking for a creative, exciting career working with …

Jump to Ancient Greek – In Koine Greek, beauty was thus …