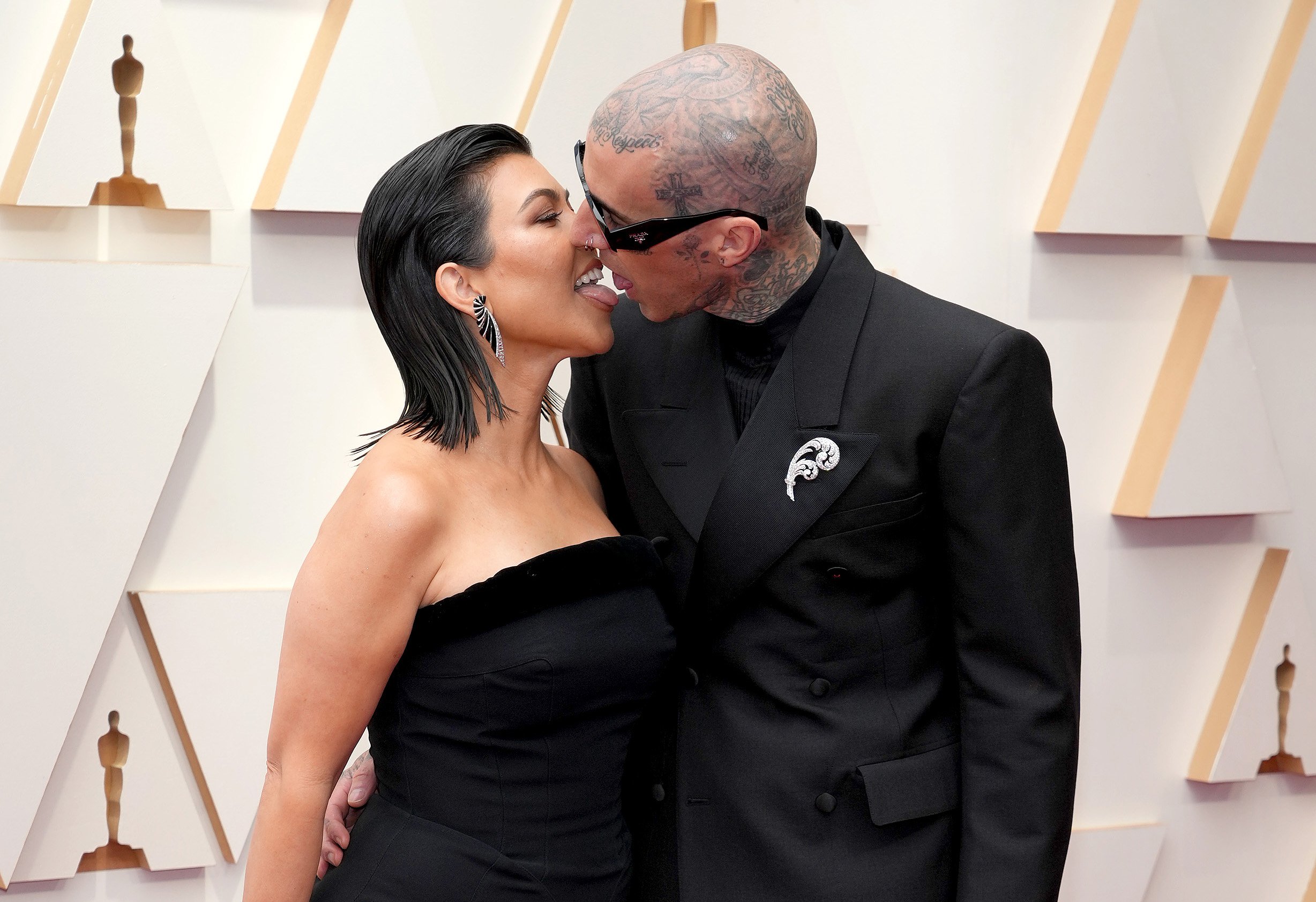 Travis Barker fired back at a follower who criticised his intense PDA with fiancee Kourtney Kardashian, and it was pretty scathing.

Since going public with their romance in February 2021, the Blink-182 drummer and reality star have given us a front row seat to their love with constant kissing sessions on the red carpet, in different countries and even Kourtney’s new family reality series The Kardashians.

However, one of Travis’ followers seems to be particularly bothered by the loved-up couple’s very public show of affection.

They wrote in a comment under the musician’s latest Instagram photo: ‘No kardashian finger up the a*s, tongue, intestines, nudity, pda, etc etc anymore? Slacking.’

Travis caught the remark and couldn’t resist dishing out a scathing clapback, writing: ‘Still got the finger up the a*s, and my intestines, were [sic] totally nude and full pda with my fiancée.’

Kravis’ relationship has blossomed over the past year with the two finally taking the plunge and dating after eight years of friendship.

In the first episode of The Kardashians released last week, fans finally heard how Kourtney and Travis’ romance came about, with the Poosh founder making the first move during a movie night marathon.

Kourtney also said on Good Morning America recently: ‘It’s so funny when we think about, like, this is us. Can you believe it? We’re, like, Kourtney and Travis, who are friends.

‘I felt like deep down, if we looked into each other’s eyes and made it, you know, physical, that it would just be over.’

The couple got engaged in October 2021 after Travis’ romantic beach proposal in Malibu, but they recently walked down the aisle and got ‘married’ in Las Vegas hours after attending the Grammys.

However, it later emerged that the nuptials weren’t official as they didn’t have a marriage licence. Kourtney has since billed it as a ‘practice’ run and plans on throwing a full wedding in the future.