The ladies of ‘The View’ embraced the spooky season, as they went into spooky season with a bunch of great costumes on the show!

The View celebrated Halloween a few days early with special broadcast, paying tribute to some of their favorite musicals on Friday October 29. While the women opted to forgo Halloween costumes in 2020 in wake of the COVID-19 pandemic, the co-hosts return to the studio was also a return to dressing up! Whoopi Goldberg, Joy Behar, Sara Haines, Sunny Hostin, and Ana Navarro kicked off with a hilarious musical number, making references to some Broadway classics like Mamma Mia and Anything Goes, before introducing all their costumes. “We missed you last year for Halloween, but baby, we’re back!” Whoopi announced. 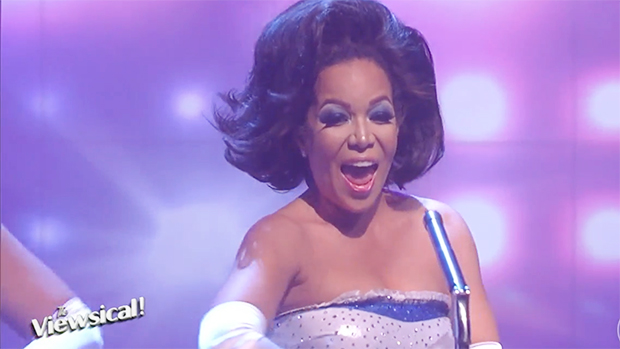 Ana lip-synced along with the classic song “Don’t Cry For Me Argentina,” when showing off her Eva Perón (who was played by Madonna in the film) from Evita. Sunny did her best Beyoncé impression, when she showed off her look as Deena Jones from Dreamgirls. Sara rocked Nicole Kidman’s Satine character from the classic Moulin Rouge! Joy and Whoopi went for characters from slightly scarier musicals. Joy was spot-on as she dressed as Magenta from The Rocky Horror Picture Show, and Whoopi went all out as the killer plant Audrey II from Little Shop Of Horrors. With the cast of the broadway production of Little Shop on-set to perform, Whoopi did a quick performance alongside the show’s Seymour, doing the classic song “Feed Me.” 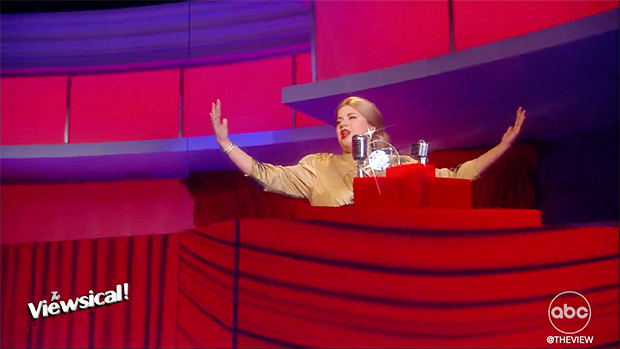 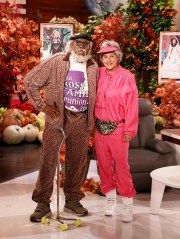 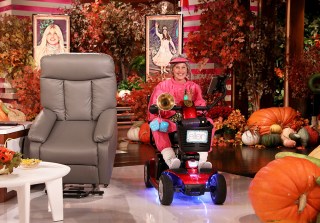 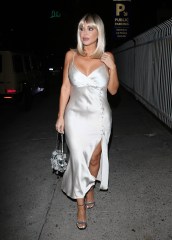 During the opening number Whoopi also quipped that she wouldn’t dress as her character from Sister Act, which would’ve also been a perfect choice. “You know better than that. That’s never going to happen again ever,” she said in the skit, while her co-hosts tried to hand her a habit. “Always trying to make me a nun. Mama Mia, here we go again!” 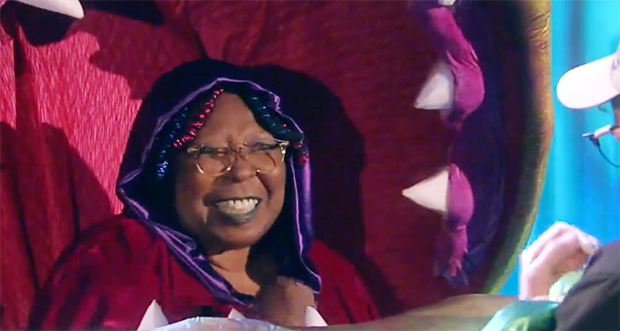 While the ladies normally discuss scary things like political issues, anti-vaxxers, and so much more in their daily hot topics, the Halloween show was a bit more light-hearted and even featured some of their favorite kids’ costumes. It also featured an appearance by Hairspray’s Ricki Lake, dressed as her iconic character Tracy Turnblad, and a special appearance by Kermit the Frog and Miss Piggy. 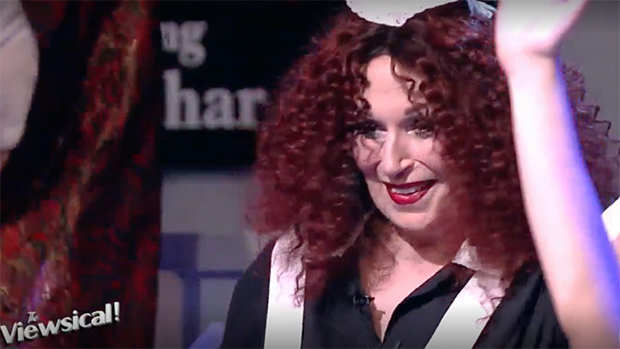 The 2021 Halloween episode was yet another example of the ladies of The View killing it for Halloween. While their excellent outfits were missed in 2020, the women have rocked a variety of costumes through the years. Back in 2019, the women all celebrated some of the most iconic characters from Stephen King novels, with great details. Whoopi dressed as an undead cat from Pet Sematary, while Sunny sported a full clown outfit to dress as Pennywise from IT, which she’s noted she’s very scared of. Then co-host Abby Huntsman went as a blood-soaked Carrie, but Joy and Meghan McCain’s costume was most surprising as they dressed as the creepy Grady Twins from The Shining. 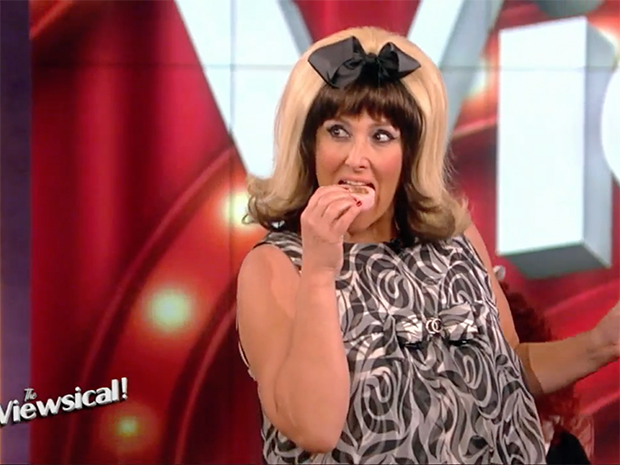 The co-hosts haven’t always matched their costumes. In 2018, the women all went with very different looks, but they were all still fabulous. Meghan was spot-on as Elsa from Frozen, while Sunny showed love to the Marvel Cinematic Universe, with an excellent Okoye from Black Panther. Whoopi put on a bunch blue makeup to look like Vampirina, which was a show she watched with her granddaughter, making it a sweet costume. Joy channeled Arnold Schwarzenegger as a “Mid-Terminator,” referencing the elections, while Abby was also inspired by a real person and wore Lady Gaga’s infamous dress.

Celebrities who are police officers