The Queen just made it all kinds of clear that Meghan Markle and Prince Harry are very much still part of her life, despite ongoing drama and tension stemming from them stepping away from royal duties and then giving a bombshell Oprah interview.

As multiple outlets note, the Queen subtly gave everyone a glimpse at her personal photos in Buckingham Palace during a meeting with Prime Minister Boris Johnson. And among the framed pictures was what Us Weekly reports is a never-released photo from Meghan and Harry’s 2017 engagement shoot. Also in the photo mix? An engagement photo of Prince William and Kate Middleton, as well as a photo of the Queen and her late husband Prince Philip. 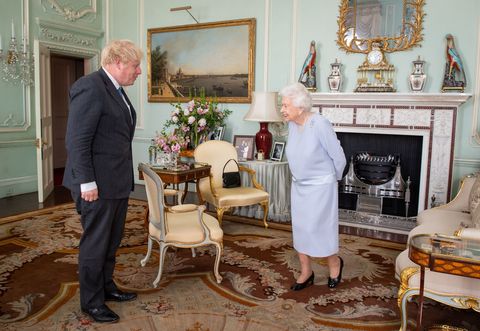 Let’s go ahead and zoom: 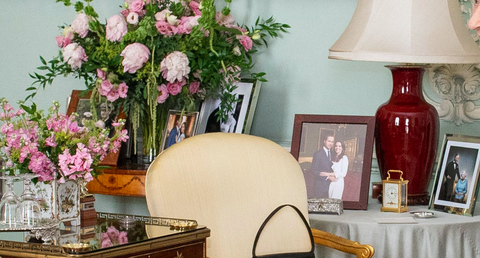 Obviously, the Queen knew these photos would end up being photographed during her meeting with Boris Johnson, so this definitely seems like a show of solidarity towards the Duke and Duchess of Sussex. If so, love to see it!

As a reminder, Prince Harry is about to reunite with his grandmother again when he flies into the U.K. for Princess Diana’s statue unveiling at Kensington Palace. The Queen has reportedly invited Harry for lunch at Windsor Castle during the trip, and—per Vanity Fair—royal author Ingrid Seward said that “she does not like confrontation,” so the meeting should be drama-free. Meghan will not be in attendance at the lunch, as she’s staying home in California with the couples’ children. As a source previously confirmed to Entertainment Tonight, “Meghan has just had a baby and has no plans to travel to London for the memorial event planned for the statue unveiling in the Sunken Garden at Kensington Palace.”

You love all the deets on the royals. So do we! Let’s overanalyze them together.

Easy Short Blonde Hairstyles You Can Wear To Work…