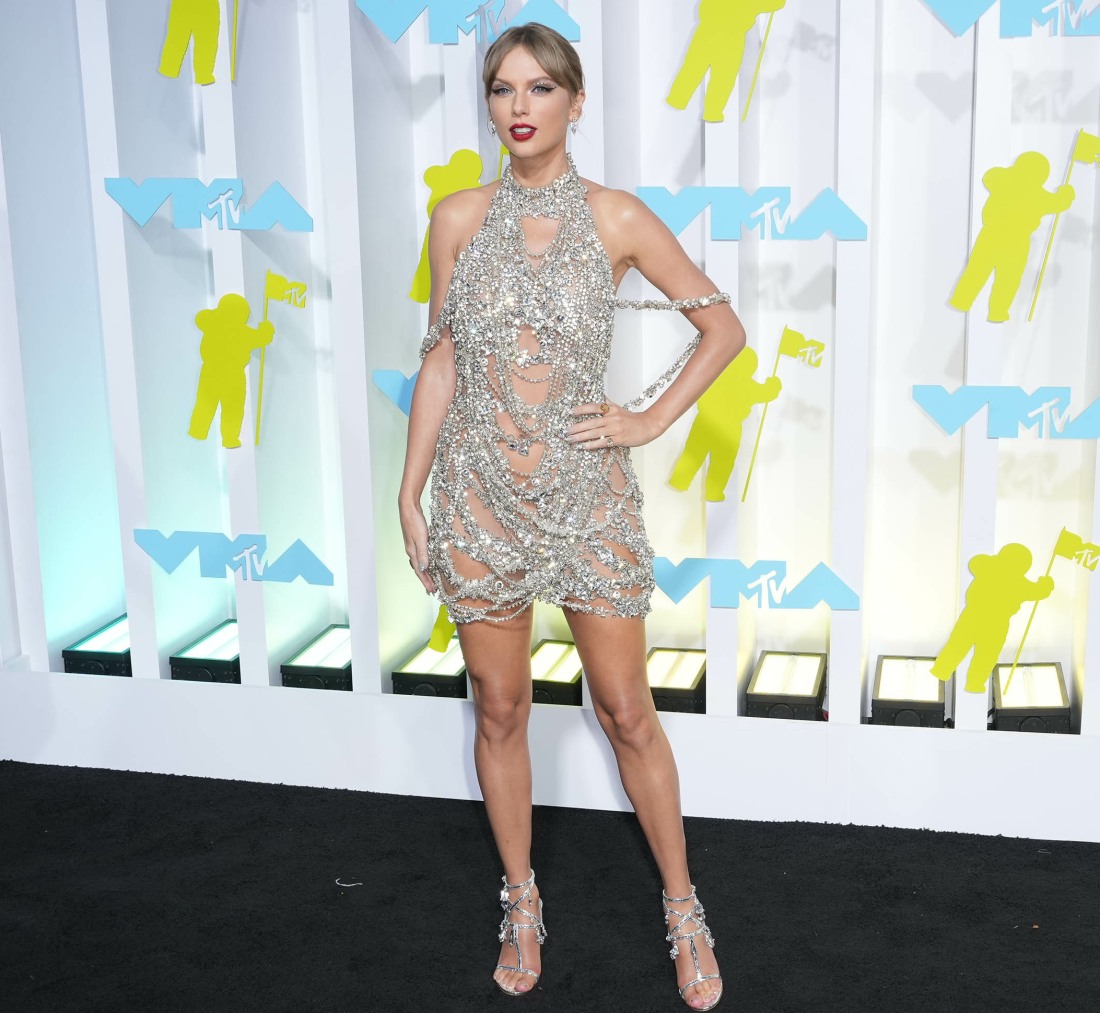 Taylor Swift made a “surprise” appearance on last night’s VMA black carpet. She posed for photos on the carpet, she stayed for the entire VMA show and she accepted a VMA from Nicki Minaj for Video of the Year for her 10-minute version of “All Too Well,” which she directed. Tay wore this bejeweled Oscar de la Renta dress which is cool but also kind of… dated in a way? It looks nice on her, but I feel like I saw versions of this dress a million times a decade ago. The big styling news was not her dress but her hair – Taylor has been doing thick, straight bangs for several years now but last night, her stylist attempted some kind of “side-swept bangs” look. Someone said her bangs looked like Daphne Bridgerton’s and now I can’t unsee it.

So, all in all, it was worth it for Taylor to show up at the VMAs simply to accept the biggest prize, Video of the Year, correct? No, Taylor had something else up her diamond-encrusted sleeve. She’s apparently recorded a completely new album called Midnights. She teased the announcement in her Video of the Year speech, then she posted the announcement on her social media… at midnight. It’s coming out on October 21. If you told me that Midnights was ready months ago and Taylor decided to push the release back to give Adele and Beyonce leeway, I would believe you (even though no one is talking about Adele’s album at this point). 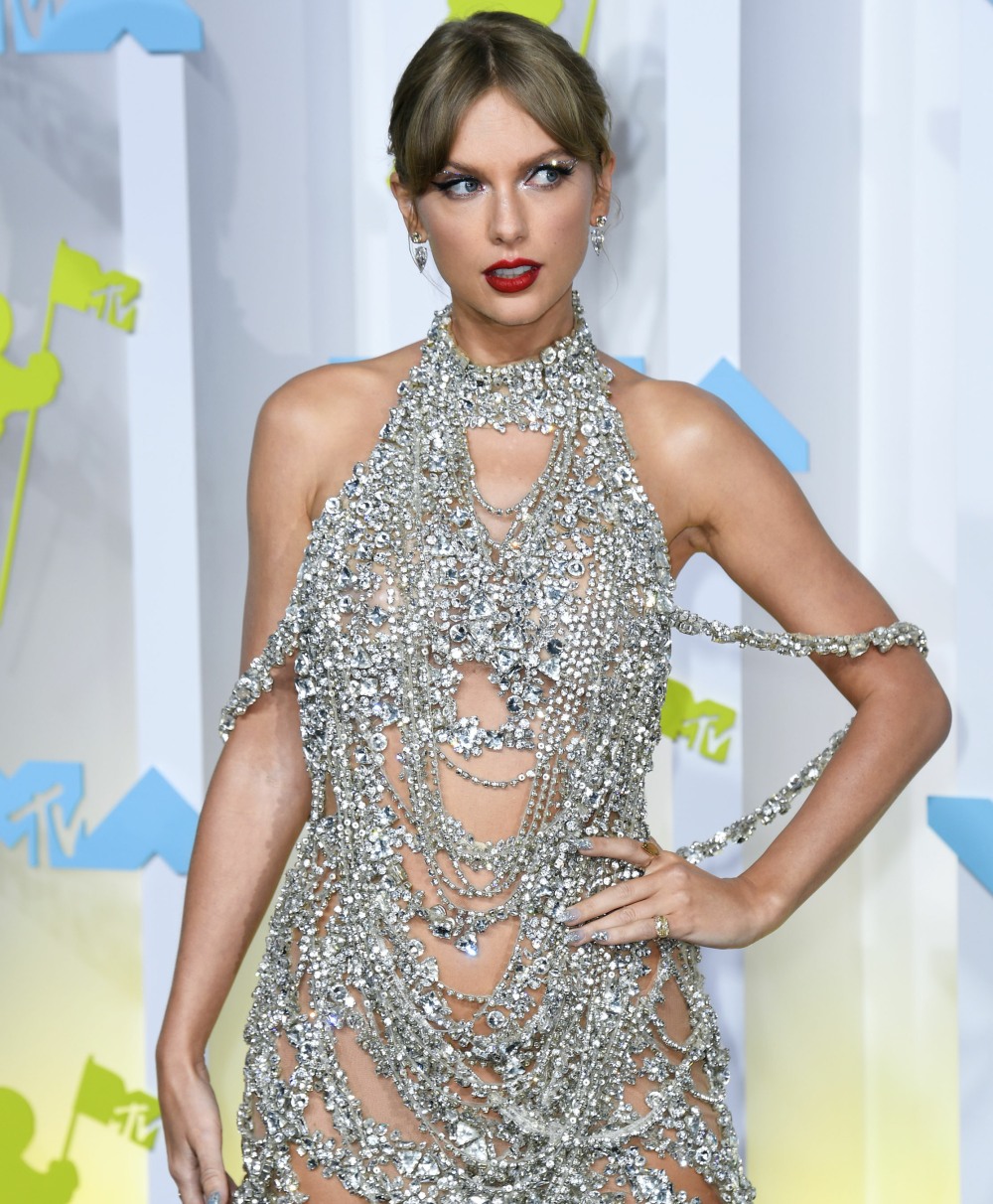 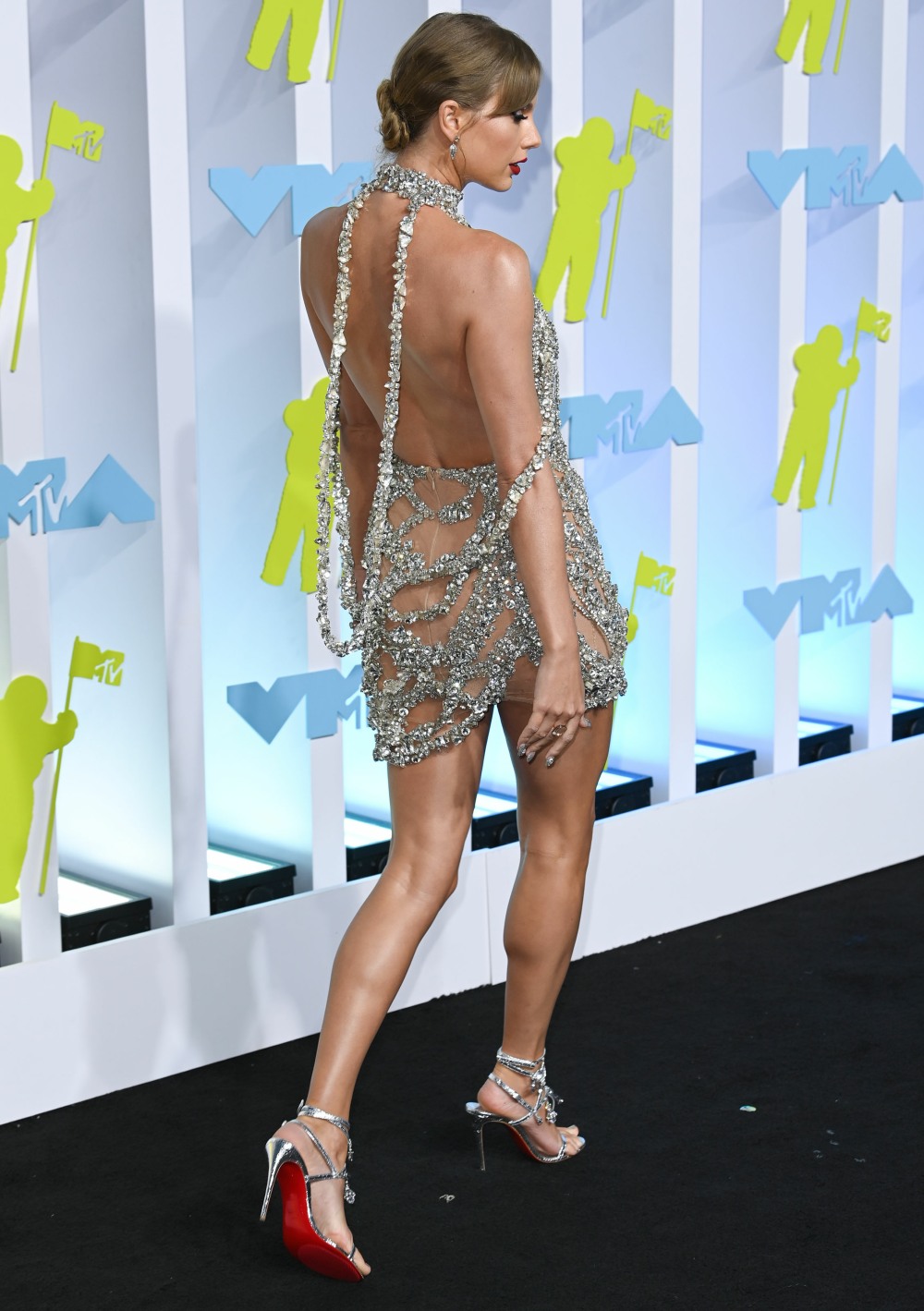