Stacey Solomon has shared an update with fans as she approaches the final stage of her pregnancy journey, looking forward to the birth of her baby girl.

It will be the second child for Stacey and fiancé Joe Swash who are already parents to son Rex.

The Loose Women star confessed she expected to have welcomed her baby by now and in an Instagram video said she didn’t want her pregnancy to end as ‘this is most likely our last pickle’.

However the mum-of-three is dreading the act of giving birth, admitting she found it ‘horrendous’.

Filming herself lying in bed as all her sons were sound asleep, she said: ‘They’re all finally asleep and I’m already in bed and it’s only half nine. I just can’t stay up any more.

‘I was just laying here thinking…firstly I was thinking I can’t believe I’m still pregnant. I really thought I’d have had her by now.

‘But this is the first time I’ve been pregnant and not wished the end away because I know I won’t do it again so I’m just trying to like cling on to every second. 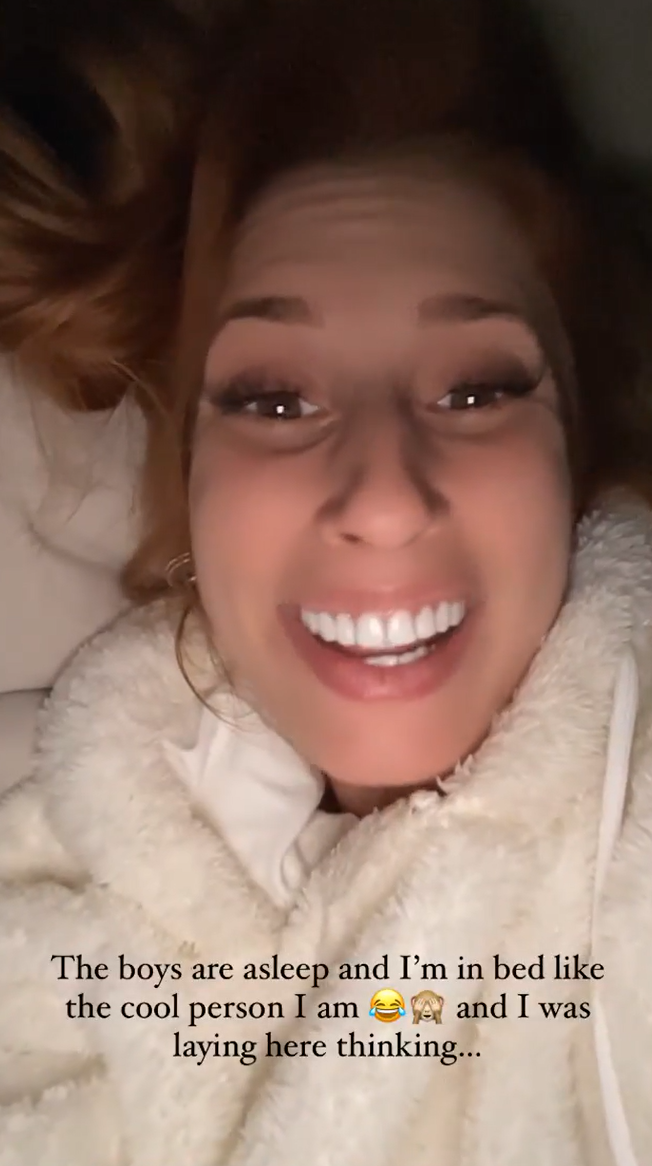 ‘I was also thinking I’ve actually got to get her here not. Gotta push her out! I’ve been in denial about it for the past nine months I think!’

Stacey joked: ‘It’s number four so I’m hoping I’ll just sneeze her out or a quick [cough] – mazel tov, it’s a girl! But I know it’s gonna be horrendous. I know it’s not bad for everyone but I really don’t love labour. I think it really hurts!’

The TV star has been getting a little, mostly unwelcome, help from Joe as she prepares to give birth.

She confessed on Instagram as the former EastEnders star tried to rub her back: ‘If it’s anything like last time, I don’t want it.’

Her partner insisted he had ‘learnt from his mistakes’ after they had Rex in 2019.

How long is beauty and the beast