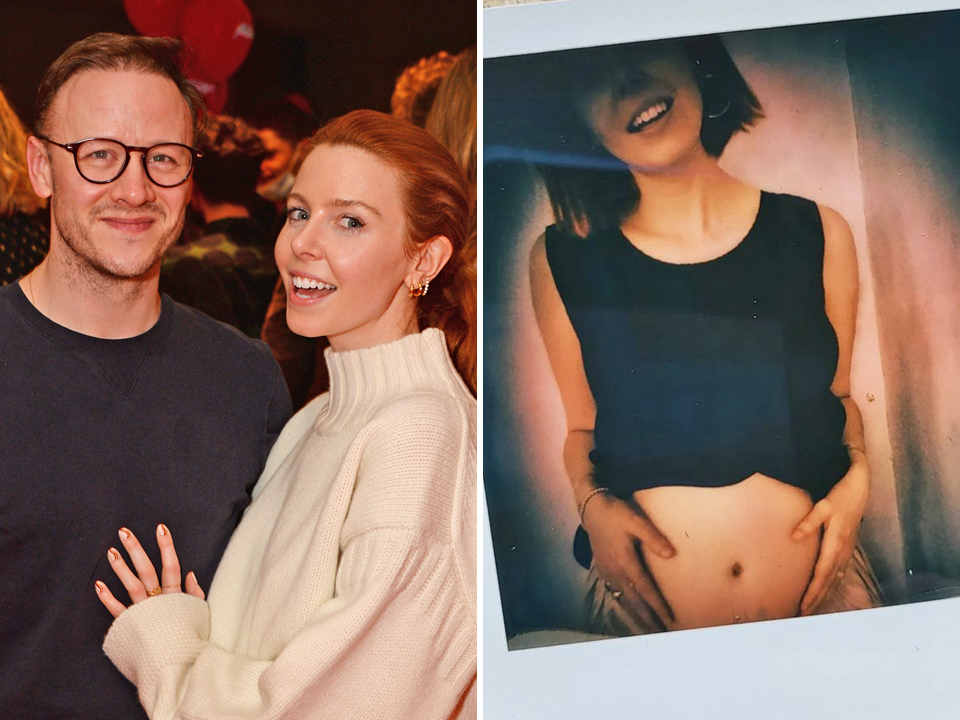 Strictly Come Dancing fans are absolutely buzzing with the news that Stacey Dooley and Kevin Clifton are expecting their first child together.

The TV presenter, 35, and professional dancer, 39, announced the news on Friday with a joyous post on social media.

Taking to Instagram, a clearly excited Stacey shared a polaroid snap of her cradling her bump and wrote: ‘

‘Kev, you’re magic, I love youuuu. ❤ (Was becoming impossible to hide and if one more person asks me if I’ve had my t*ts done in LA I’m gonna scream ?) Here goessssssss.’

The news that Stacey and Kevin are expecting comes almost four years after they first met on Strictly, and after around three years of dating.

But how did the mum-and-dad to be meet and what has their relationship looked like?

The journalist and professional dancer are paired up together on ITV’s Strictly and instantly find a connection, going on to win the show outright. However their relationship was strictly platonic at this point, with Kevin in the middle of a divorce with ex wife Karen Hauer and Stacey also in a relationship.

Rumours that Stacey and Kevin had begun a relationship began in April 2019, months after the pair’s stint on Strictly and a month after Stacey’s relationship with her boyfriend of three years had come to an end. He claimed he had seen a text from Kevin on her phone, but she maintained she did not start any romance with Kevin until their relationship was over.

The couple had been tight-lipped on their rumoured romance until now, but in July 2019 the presenter gave a rare insight into their relationship, calling her new beau ‘amazing.’ ‘I’m happy, life happens, I’ve got an amazing career and I’m very lucky,’ she said.

In 2020, Kevin confirmed he was leaving Strictly Come Dancing – and his girlfriend Stacey promptly got the blame. The star later defended the journalist in an interview on This Morning, where he said the decision was completely his own and complained that, to the public, it was ‘always’ the woman’s fault.’

Like a lot of couples, the Covid-19 lockdown threw spanners in the works – and for Stacey ad Kevin, it meant biting the bullet and moving in together.

Three years after they started dating, Kevin and Stacey announced they were expecting their first child together. She admitted she feels ‘very lucky’ over the pregnancy, saying that, at 35, ‘you never take it for granted.’

These 30 celebrities say that going vegan has improved their skin, exercise regime, …