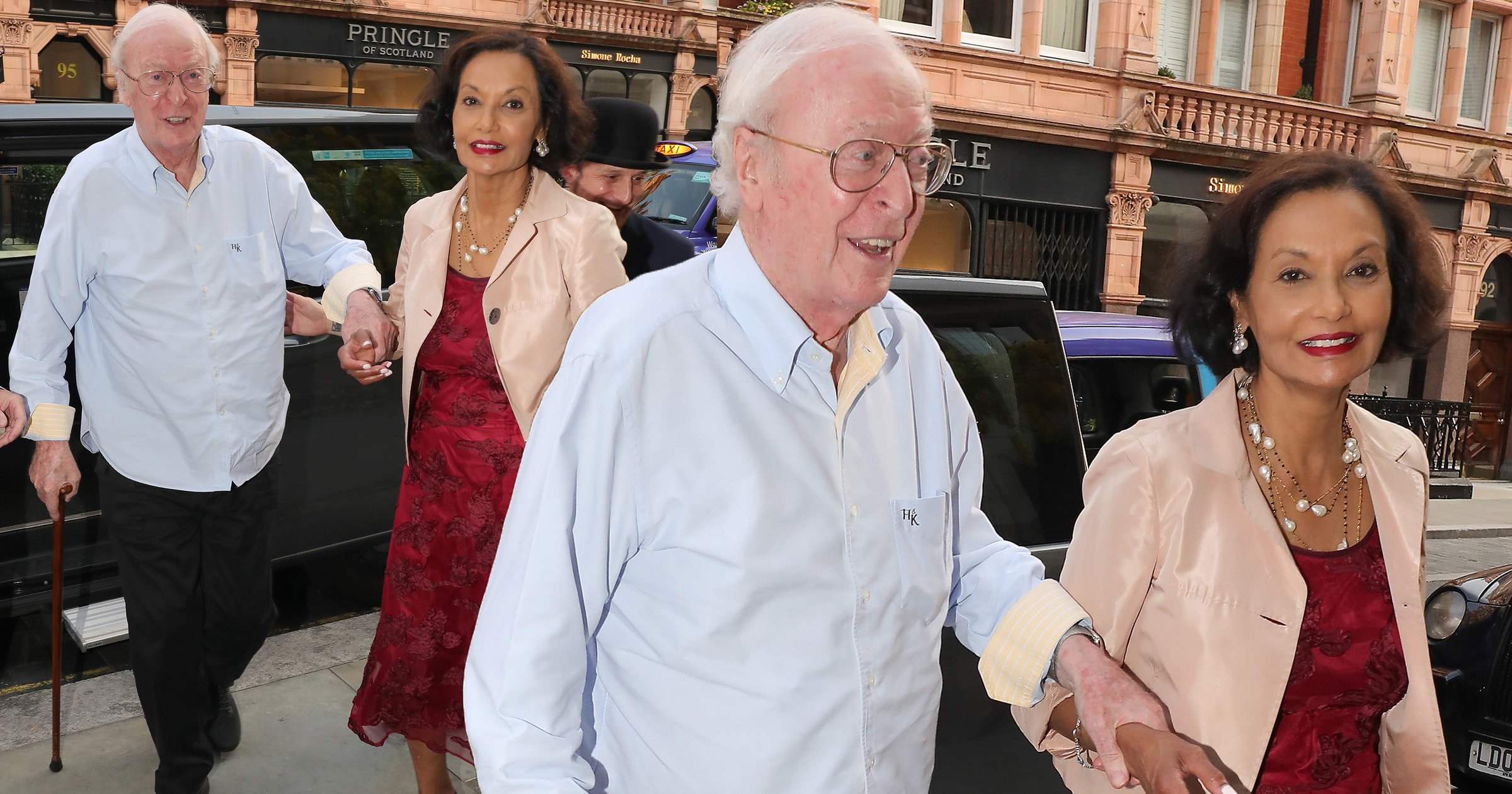 Sir Michael Caine made sure to keep his wife of 48 years, Shakira Baksh, close as the pair made a glamorous appearance in London this week.

The pair were seen heading into celebrity-loved hotspot Scott’s in Mayfair on Wednesday, with the Italian Job icon seemingly in great spirits as he beamed alongside Shakira.

Likewise, Shakira sported a wide grin as the pair walked into the establishment.

Eighty-eight-year-old Sir Michael, who was wearing a swish blue button-up and slacks, was aided by a walking stick as he strolled into the noshery, with his pearl-adorned wife, 74, who was decked out in a snazzy red, satin dress, remaining by his side.

The star has been spotted using a walking stick since injuring his ankle after slipping on ice in February 2018.

Sir Michael and Shakira married in 1973, after the Dark Knight star spotted the actor in a British television advertisement for Maxwell House coffee in 1971.

Reports claimed Sir Michael was keen on finding the woman he considered to be ‘the most beautiful… he had ever seen’ and later discovered they lived not far from one another in London. The pair married in Las Vegas on January 8 and have one daughter, Natasha, 48.

Recently Sir Michael – who has another daughter Dominique, 65, from his previous marriage to actress Patricia Haines – opened up on how he’d cut down on booze in order to hang around a little longer and spend more quality time with his three grandchildren.

‘I’ve decided to live a bit longer, I’ve cut down on the drink and got a new outlook on life. I thought I wasn’t going to have grandchildren, and suddenly I have three,’ he told Candis magazine earlier this year.

‘They’re my fountain of youth and have given me a new lease of life without any of the worries or troubles. I’m completely besotted and so is my wife.

‘I’ve had some high points in my life, I’ve won two Academy Awards and been given a knighthood, and I used to think that you couldn’t get better than that but then I got my grandchildren, which is better than anything.’

Heaping praise on Shakira, Sir Michael previously insisted he wouldn’t be here had it not been for his wife saving him.

He told Radio Times in 2016: ‘Without her I would have been dead long ago. I would have probably drunk myself to death.

‘I was a bit of a p**s artist when I was younger, I used to drink a bottle of vodka a day and I was smoking too, several packs a day.

'Jeopardy!': Alex Trebek Stops a Contestant From Doing Her Julie Andrews Impression and Twitter Was Let Down

ReviewsA limited-edition makeup collection for eyes, lips, and face with …