Showgirls star Elizabeth Berkley, 50, looks almost unrecognizable as she ditches usual glam outfits for casual clothes while out in LA

Showgirls star Elizabeth Berkley looked almost unrecognizable as she stepped out for a very casual outing in Los Angeles, California on Thursday.

The 50-year-old actress – who shot to fame on Saved By The Bell and is known for her glam appearances – appeared to be off-duty and dressed down for her day out in LA.

Teaming a simple black tank top with a matching pair of trousers, she wore her signature blonde hair back and kept her mask on. 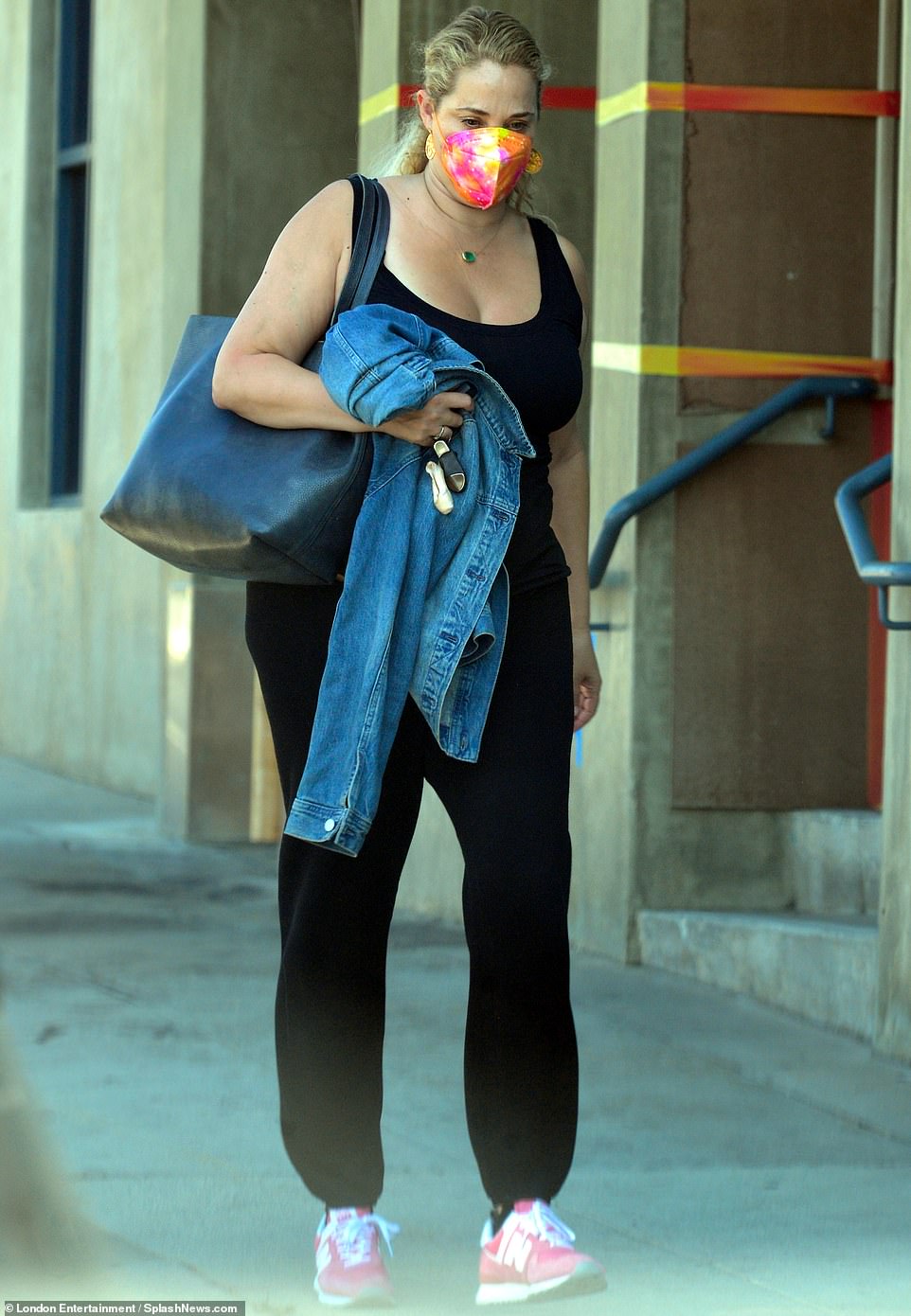 Stepping out: Showgirls star Elizabeth Berkley was spotted enjoying a stroll as she surfaced in Santa Monica this Thursday

Elizabeth rose to prominence on Saved By The Bell as high school girl Jessie Spano, a role tailored especially to her strengths.

She and Tiffani Amber Thiessen had both auditioned for one of the other roles, and after Tiffani got that part, the character of Jessie was created for Elizabeth.

The show ran from 1989 to 1993, after which Elizabeth secured the most infamous gig of her career – the 1995 movie Showgirls.

The script at the time was the most expensive ever sold – a sale that became infamous after the film was savaged by the critics and tanked at the box office.

Although the movie was a commercial bomb in theaters, hamstrung partly by its NC-17 rating, it wound up being a smash on home video.

Showgirls rapidly became a cult favorite thanks in part to Elizabeth’s over-the-top performance as stripper Nomi Malone and to such ridiculous lines as the character claiming she ‘used to love Doggy Chow’ in a memorable scene with Gina Gershon.

However at the time the film made Elizabeth persona non grata, after she had left Saved By The Bell specifically to break into the movies. 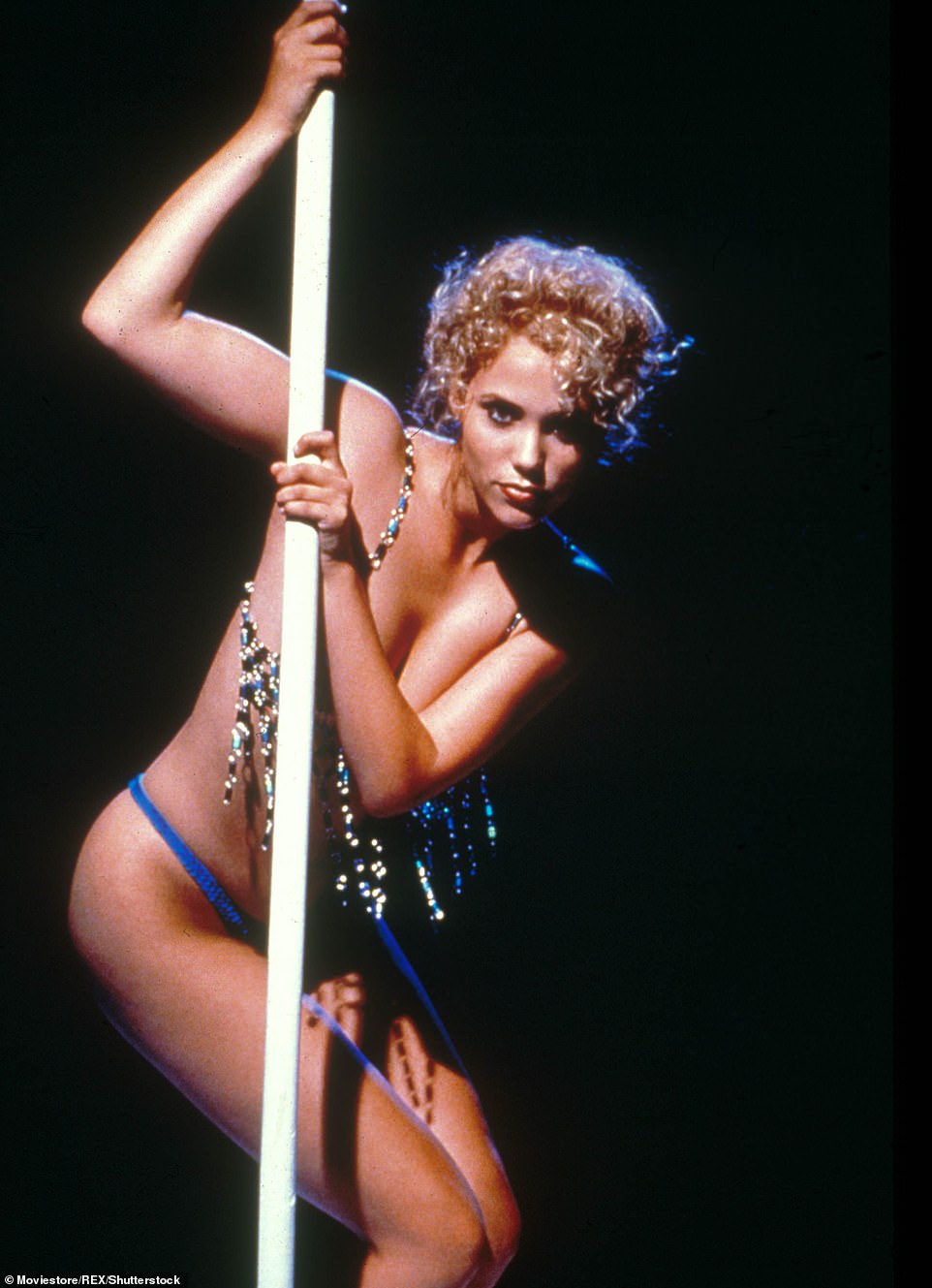 Legendary: Saved by The Bell ran from 1989 to 1993, after which Elizabeth secured the most infamous gig of her career – the 1995 movie Showgirls (pictured) 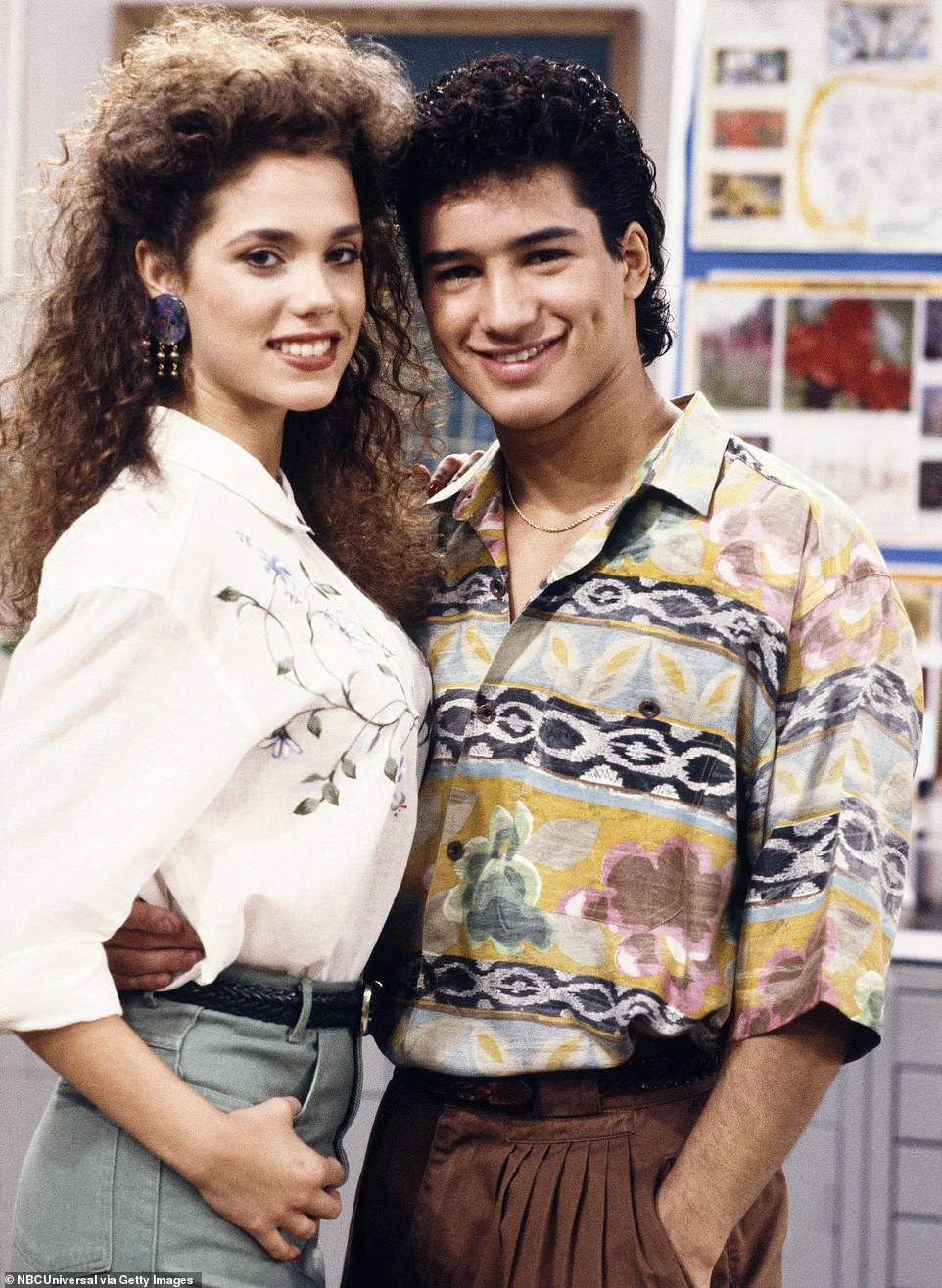 Remember when: Elizabeth rose to prominence on Saved By The Bell as high school girl Jessie Spano and is pictured on the show in 1991 alongside Mario Lopez

‘Of course it was disappointing that it didn’t do well, but there was so much cruelty around it. I was bullied,’ she told People two years ago.

‘And I didn’t understand why I was being blamed. The job as an actor is to fulfill the vision of the director. And I did everything I was supposed to do.’

She noted ‘no one associated with the film spoke up on my behalf to protect me. I was left out in the cold and I was a pariah in the industry I had worked so hard for.’ 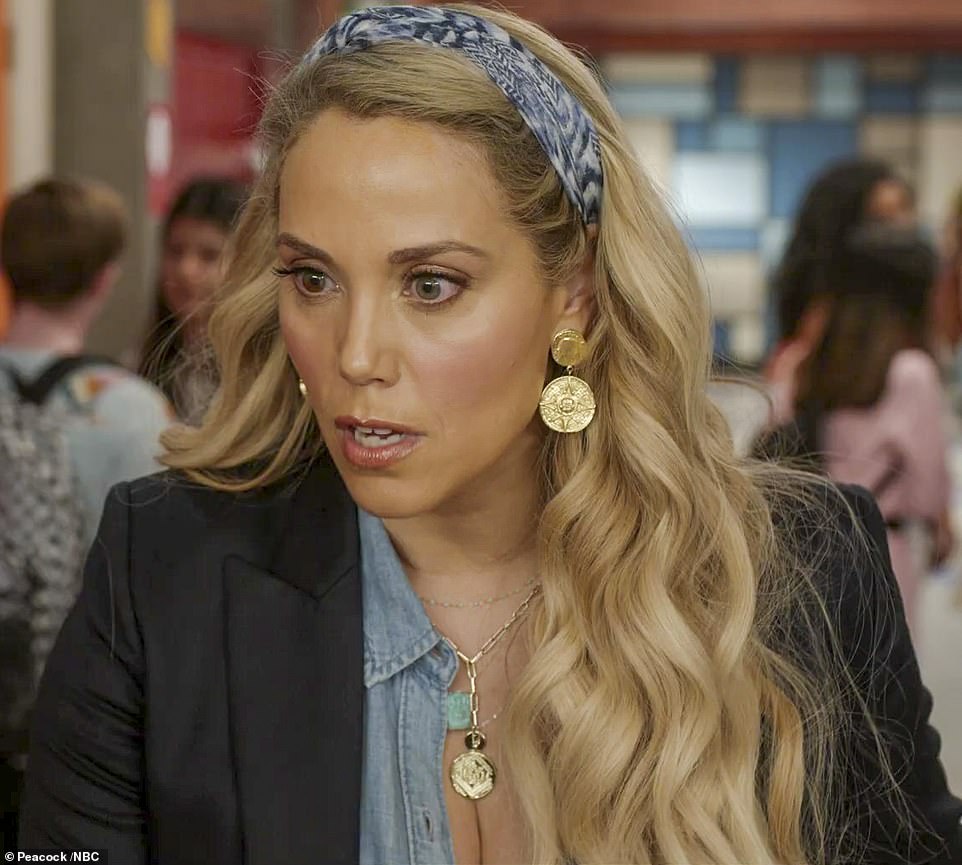 Over: Two years ago Elizabeth returned to the Saved By The Bell franchise for the show’s Peacock reboot, which was canceled this May after two seasons

Johnny Depp’s daughter Lily-Rose stars on The Idol, which according to Deadline is about a pop star who falls for a cult-leading nightclub owner.

Viewers will see Lily-Rose, Anne and Elizabeth amid a cast that includes Canadian pop idol The Weeknd and YouTube star Troye Sivan.

Two years ago Elizabeth returned to the Saved By The Bell franchise for the show’s Peacock reboot, which was canceled this May after two seasons.