SJP noted that son James’ 19th birthday was ‘bittersweet,’ given she couldn’t be with the college freshman in-person on his special day.

Sarah Jessica Parker‘s son James Wilkie has grown up so fast! The eldest child of Sarah, 56, and Matthew Broderick, 59, turned 19 on Thursday, October 29. For her son’s special day, the Sex and the City alum shared a rare pic of James to Instagram alongside a sweet message to the college freshman. “He is 19. Today. He doesn’t wake. with us. He is in his life. Away. In his studies. Among new friends. Sending home details. There is so much to tell,” she wrote.

More birthday wishes to James came in from Sarah’s fans and celebrity pals. Andy Cohen, Gwyneth Paltrow, Ali Wentworth, Kristen Chenoweth and more stars commented on the post with some birthday love for the teen. Sarah’s former Sex and the City co-star Kristin Davis, who will also star in the revival series And Just Like That…, commented as well, writing, “Happy Birthday to beautiful James Wilke” alongside with a string of celebratory emojis. 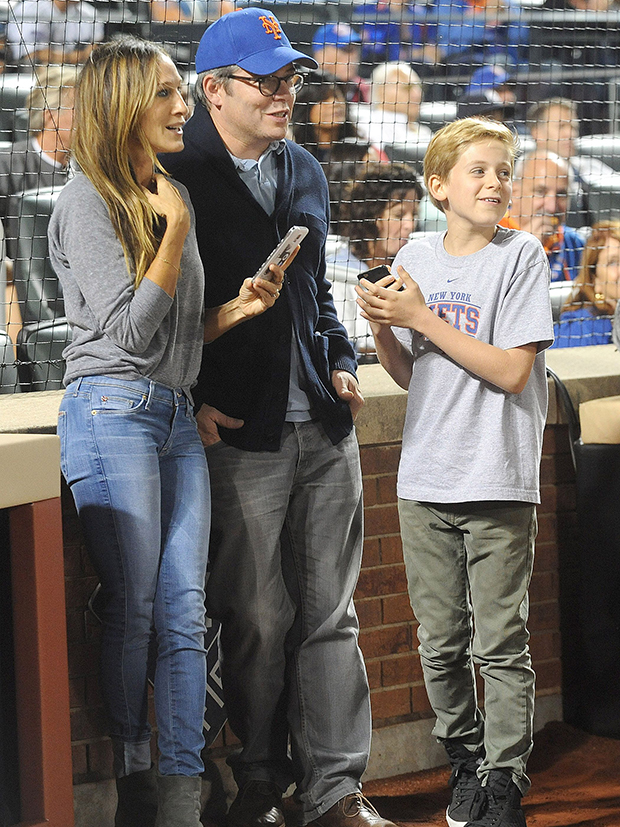 ‘Sex & The City’: Sarah Jessica Parker & All The Women Of HBO’s Iconic Show From Episode One To Now

In addition to James, Sarah shares 12-year-old twin daughters Tabitha Hodge and Marion Loretta Elwell Broderick with her hubby. The actress rarely posts pics of her children on social media, but fans managed to get a look at Tabitha and Marion when the twins visited their mom at work on Oct. 20. One photo showed Sarah giving Tabitha a big hug as the girls spent some time on the And Just Like That set in New York.

It’s remarkable to see how grown Sarah’s children are now. When she gave birth to James on October 28, 2002, it was during the height of the SATC phenomenon. The 5th season of the iconic HBO series actually had to be cut short to only eight episodes due to her being pregnant with her son while filming. Seven years later, Sarah and Matthew expanded their family by welcoming their twin daughters via surrogacy. And they’ve been a happy family of five ever since!

Beauty and the Beast: Original Motion Picture Soundtrack is the official soundtrack album to …