Home » Celebrity » Ruth Langsford: Alison Hammond reaches out amid claims she replaced host on This Morning

It was reported Alison Hammond, 45, and Dermot O’Leary, 47, are set to be taking over Ruth Langsford, 60, and her husband Eamonn Holmes’ Friday morning slot on ITV’s This Morning. Today, fans have seen Alison reach out to the Loose Women host on Instagram amid the reported decision.

Alison, who is a regular star on This Morning, has seemingly reached out to Ruth by calling her a “beauty” amid the reports she will be presenting the show on Fridays with X Factor’s Dermot.

It comes after Ruth posted a picture of herself smiling for the camera in a blue jumper.

In view of her 974,000 Instagram followers, the presenter penned: “If you were trying to get hold of this jumper last week but missed out. Just to let you know there are a few sizes available again in navy… be quick! Click the link in my bio.”

Alison decided to compliment Ruth’s look, as she wrote: “What a beauty,” followed by a red love heart emoji. 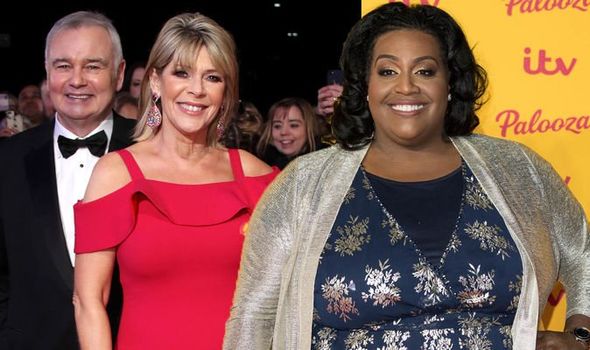 While many fans replied to Alison’s remark, Ruth is yet to like or reply to her message.

Several social media users weighed in to comment on the post, with one writing to Ruth: “I’ve just ordered your black velvet top.”

The ITV star replied: “Thank you… hope you like it x.” 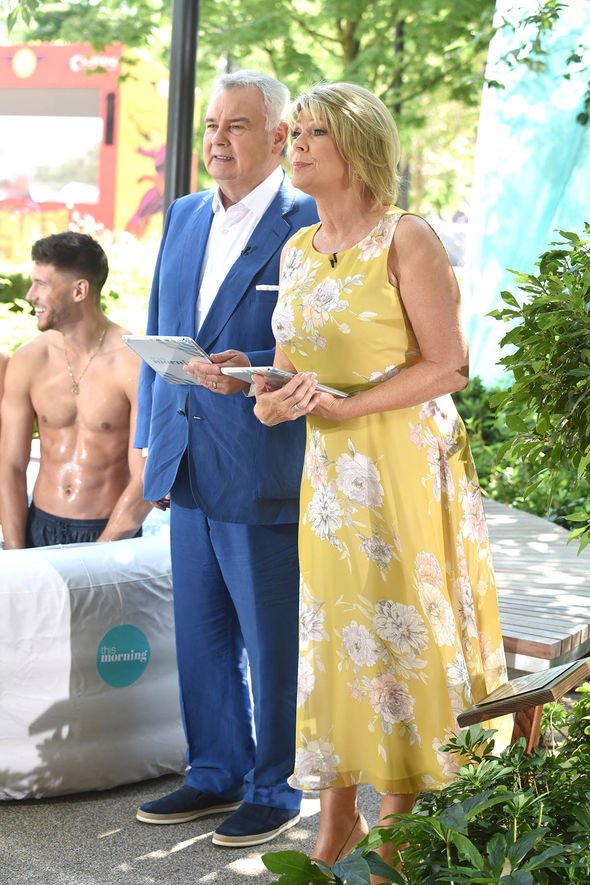 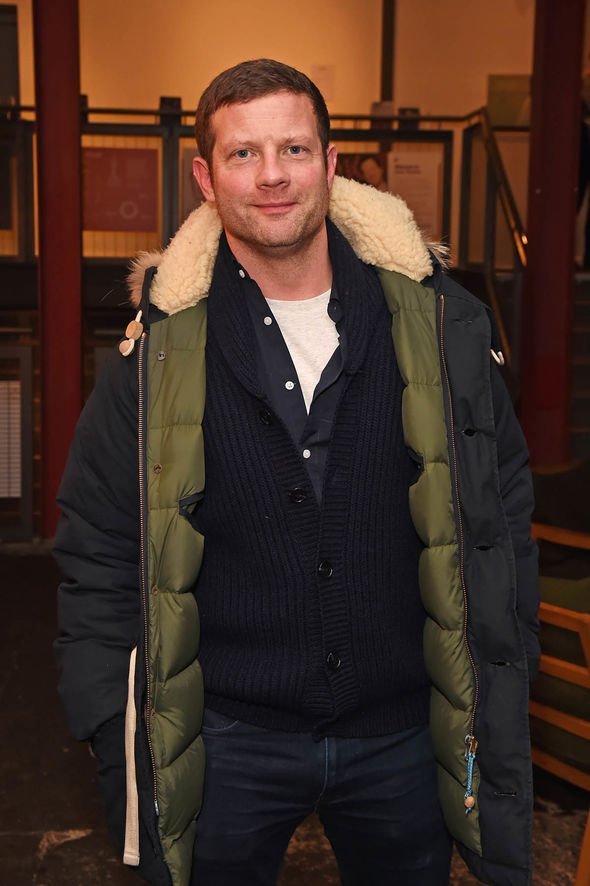 It all comes after the reports claimed Ruth and Eamonn were dropped as hosts from their ITV show slot.

It was claimed Alison and Dermot will take over the slot on a permanent basis from the telly couple, who have hosted the show since 2006.

The couple is said instead to be taking over from Phillip Schofield and Holly Willoughby hosting the show for six weeks in the summer.

Dermot recently spoke out on the reported decision in an interview with Ireland AM.

DON’T MISS:
Giovanni Pernice apologises for getting ‘really close’ to Ranvir Singh (LATEST)
Alex Horne on why Daisy May Cooper ‘refused to speak’ on Taskmaster  (WATCH)
Alex Jones sparks chaos as she claims Queen to appear on Strictly (TWITTER)

On Thursday, he said: “There’s nothing confirmed yet, but you know, we enjoyed doing the summer, so we’d like to do more.

“But at the same time, you don’t want to tread on anyone’s toes or treat anyone badly, so you’re always sort of caught between a rock and a hard place on that sort of stuff.”

Ruth and Eamonn are now said to be wondering whether the reported decision for them to be dropped from the show is due to their age after they both turned 60.

An insider told OK! Magazine: “The viewers love them, but Eamonn has said to Ruth he wonders if it’s because they’re both 60 and too old.

“It’s a real shame,” they added, while also questioning if the couple were not “young or cool enough” to present the daytime show anymore.

“Ruth and Eamonn are both telly legends – they’ve done it all, so it seems unfair.”

They went on to insist that in spite of the reports, Ruth and Eamonn “are the favourites” behind-the-scenes.

“If you speak to any of the staff at This Morning, they’ll tell you Ruth and Eamonn are the favourites,” they shared.

“They’re so popular with everyone – the crew are happiest when Eamonn and Ruth are in.”

Earlier this month, Alison, who is a regular presenter on the show, was given the opportunity to guest edit the show and present alongside Dermot.

George Floyd’s Autopsy Complete, Cause of Death Is Labeled a ‘Homicide’

Tina Turner on her second husband: ‘True love doesn’t require the dimming of my light’