Falynn Guobadia took to Instagram to share a statement about how she’s ‘healing’ in the midst of her pending divorce from Simon Guobadia after he announced his engagement to Porsha Williams on May 10.

Falynn Guobadia, 31, is thanking all her social media followers for their support after her estranged husband Simon Gubadia, 56, revealed he’s getting married to Porsha Williams, 39, after just a month of dating. The Real Housewives of Atlanta star shared her statement to Instagram on May 11 and revealed she’s still in the middle of “finalizing” her divorce from Simon.

“I want to thank everyone for reaching out to me and offering their love and support,” Falynn said in the statement. “At this time, I am focusing on finalizing my divorce and healing. Sending positivity to all of you.”

Once Falynn shared the message, her followers were quick to respond with supportive comments. “Such a classy response to a tacky situation,” one follower wrote while another told her to “stay strong.” Others expressed shock over how the divorce isn’t even finalized yet. “Finalizing ? 😩 smh they are wrong it’s not even finalized yet and they’re engaged . I’m praying for your healing sis,” another follower wrote. 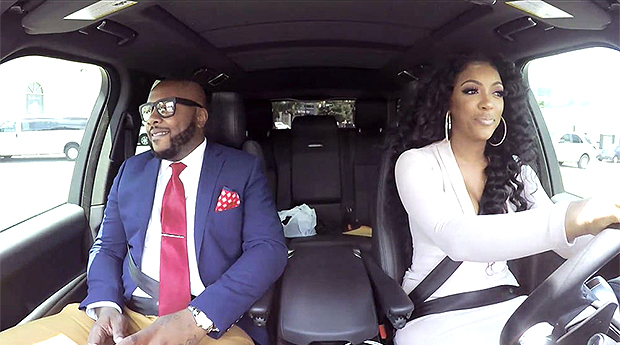 Falynn’s statement comes right after her former friend Kenya Moore, 50, who is known for her feuds with Porsha, also seemed to react to the engagement news with a shady video. The reality star shared a video of rapper Nicki Minaj shouting, “Did I lie?” into a microphone with no caption. Although she didn’t mention Porsha or Simon directly, her fans shared comments that suggested she was referring to Porsha.

Falynn and Simon, who made cameo appearances on RHOA, got married in June 2019. They eventually announced their split just a few weeks before Porsha and Simon revealed they were engaged after a month-long relationship. “For all of you that need facts, I get the optics but Simon filed for divorce from a previous marriage in January,” Porsha wrote in a post that featured a cozy photo of her and Simon. “I had nothing to do with their divorce filing. That’s between the two of them.”

“Falynn and I are not friends, and Simon’s divorce has been settled,” she continued. “Our relationship is a positive, loving step forward in everybody’s lives.”

Simon also shared his own post about the engagement. “I asked her to marry me because we checked ALL of each other’s boxes, and then some,” he wrote about his decision to pop the question.