The Prince and Princess of Wales delighted royal fans on Saturday as they stepped out to thank mourners who had gathered outside Windsor Castle.

MORE: William and Kate reunite with Harry and Meghan in surprise outing – all the photos

The royal couple made a joint appearance with Prince Harry and Meghan Markle, with the foursome briefly splitting up to speak individually to members of the public.

WATCH: Prince William reveals how he is coping with his grief

And now, one new video has shed a light on their sweet interactions – notably, one touching exchange between Prince William and a dog owner.

In the clip, shared on TikTok, William can be seen fussing over a young Italian Greyhound, being held in the arms of a woman. 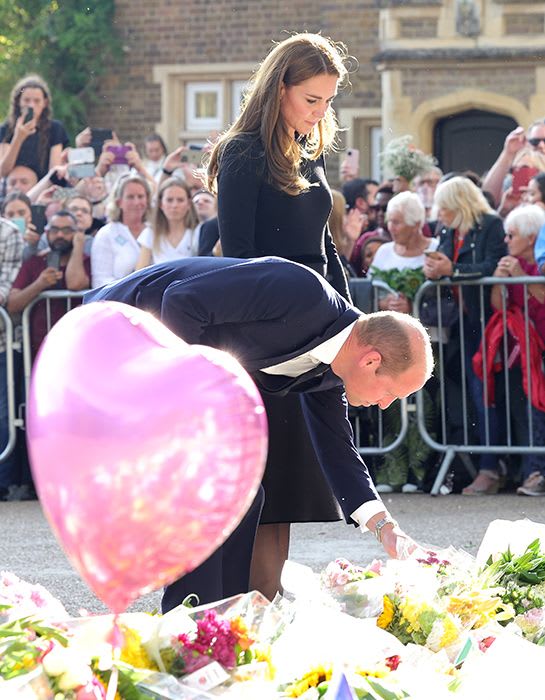 The Prince and Princess of Wales view tributes outside Windsor Castle

“Awww, look! Who’s this?” the Prince asks as he pet the puppy, whose name is Luna.

After asking how old Luna is, William remarks: “Dogs at this time are so important. I give my dog a lot of cuddles at the moment.”

MORE: Why Kate, the new Princess of Wales, will not inherit Princess Diana’s wedding tiara

They were joined by Prince Harry and Meghan Markle

William then thanks the crowd for coming out to show their support for the royal family.

William and Kate’s appearance alongside Harry and Meghan sparked a huge fan reaction. It’s thought that it was William who extended an invitation to the couple.

It marked the first time the brothers have been seen together since the unveiling of Princess Diana’s statue last July.

The foursome reunited in their grief

During the walkabout, Kate seemingly touched upon the reunion, telling one onlooker: “At times like this, you’ve got to come together.”

The Princess of Wales also told mourners about the moment her son Louis consoled her over the Queen’s death.

“Louis said at least Grannie is with great grandpa now,” Kate was overheard saying, according to one onlooker outside Windsor Castle. 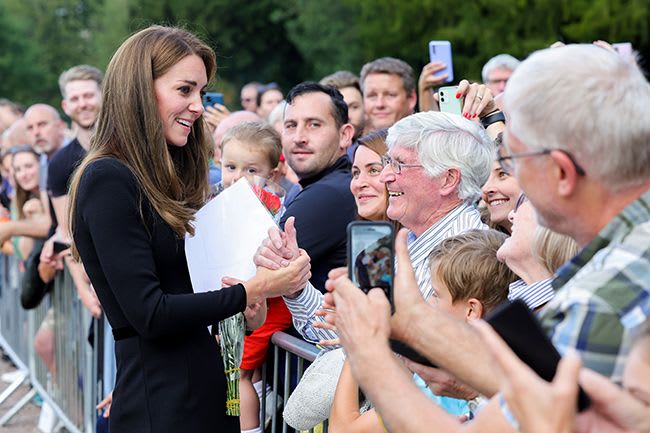 It comes after it was confirmed that the funeral for the Queen will be held at Westminster Abbey on September 19.

It will be attended by the royal family and politicians. King Charles III announced a Bank Holiday for the day as the UK mourns the Queen.

Make sure you never miss a ROYAL story! Sign up to our newsletter to get all of our celebrity and royal news delivered directly to your inbox.