MP Andrew Bridgen, 55, was interviewed by Piers Morgan, 55, and Susanna Reid, 49, on Good Morning Britain on Monday. The debate soon became heated after Piers told Andrew he “hasn’t got a clue” about what the new lockdown rules mean when probed by the hosts.

Piers asked if he could see his sons if he kept a two-metre distance from them, to which Andrew insisted would be fine.

However, Prime Minister Boris Johnson has said citizens can only see one person from a different household at a time, in a public place as long as they keep the required distance.

Piers then fumed about the Government’s decision to quarantine people arriving at UK airports, three months after other countries did.

The Good Morning Britain host blasted the MP for being “full of excuses” while Andrew argued he was just giving “the facts”. 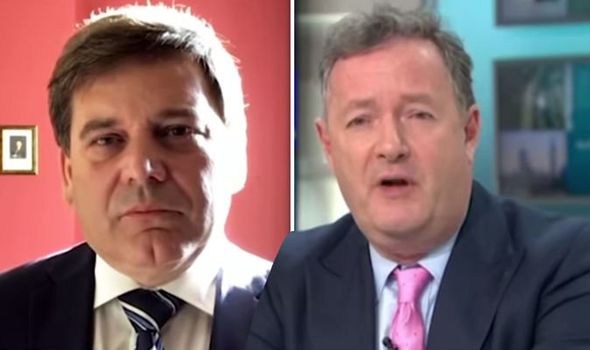 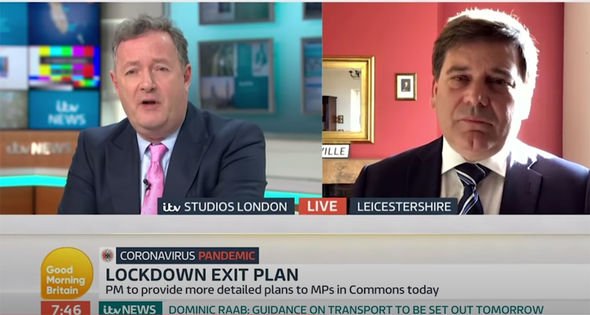 Following their heated debate, the Conservative MP slammed Piers’ interviewing technique and said he doesn’t believe the presenter will be fronting the show by Christmas.

Speaking on Talk Radio, presenter James Whale brought up the pair’s debate and suggested Andrew got a “beasting” from the host.

He then said of Piers: “He just shouted at me. I certainly won’t be going back.

“I’ll have a little bet, he won’t be fronting that programme by Christmas… his ratings are going to keep plummeting.” 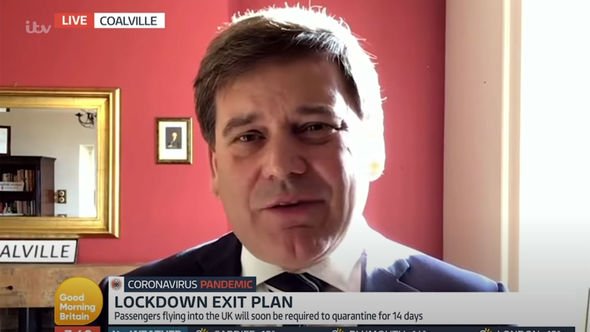 He added: “I heard his diatribe before I actually came on and it was an interesting interview.

“I was contacted the night before and was told that someone would ring me at 7.15, so I could sort out the video link 25 minutes before.

“They kept me waiting for half an hour and I heard him having a real go about Boris Johnson and getting really quite irate and that was basically the tone of the whole interview.”

The MP continued: “It wasn’t even an interview but a monologue.

“I thought the idea was that he asked some questions and I gave some answers rather than him just shouting at me.”

Andrew went on to say he doesn’t believe Piers’ way of interviewing guests impresses anyone.

Piers swiftly became aware of Andrew’s comments and hit out at him on Twitter.

In view of his 7.5 million followers, he branded Andrew an “idiot” and suggested a £10,000 bet on him not getting the sack from the show.

He wrote: “Hi @ABridgen, a) I shouted at you because you were being an idiot.

The MP is yet to respond to the presenter’s tweet on the micro-blogging site.

Good Morning Britain airs weekdays from 6am on ITV.

Nicki Minajs Fans Are Convinced She Called Cardi B Ugly In New Song We Go Up: Listen

'Top Gun: Maverick' is here: Stars are nothing like us — Tom Cruise edition

We can assure you that the images on this list are not photoshopped, …