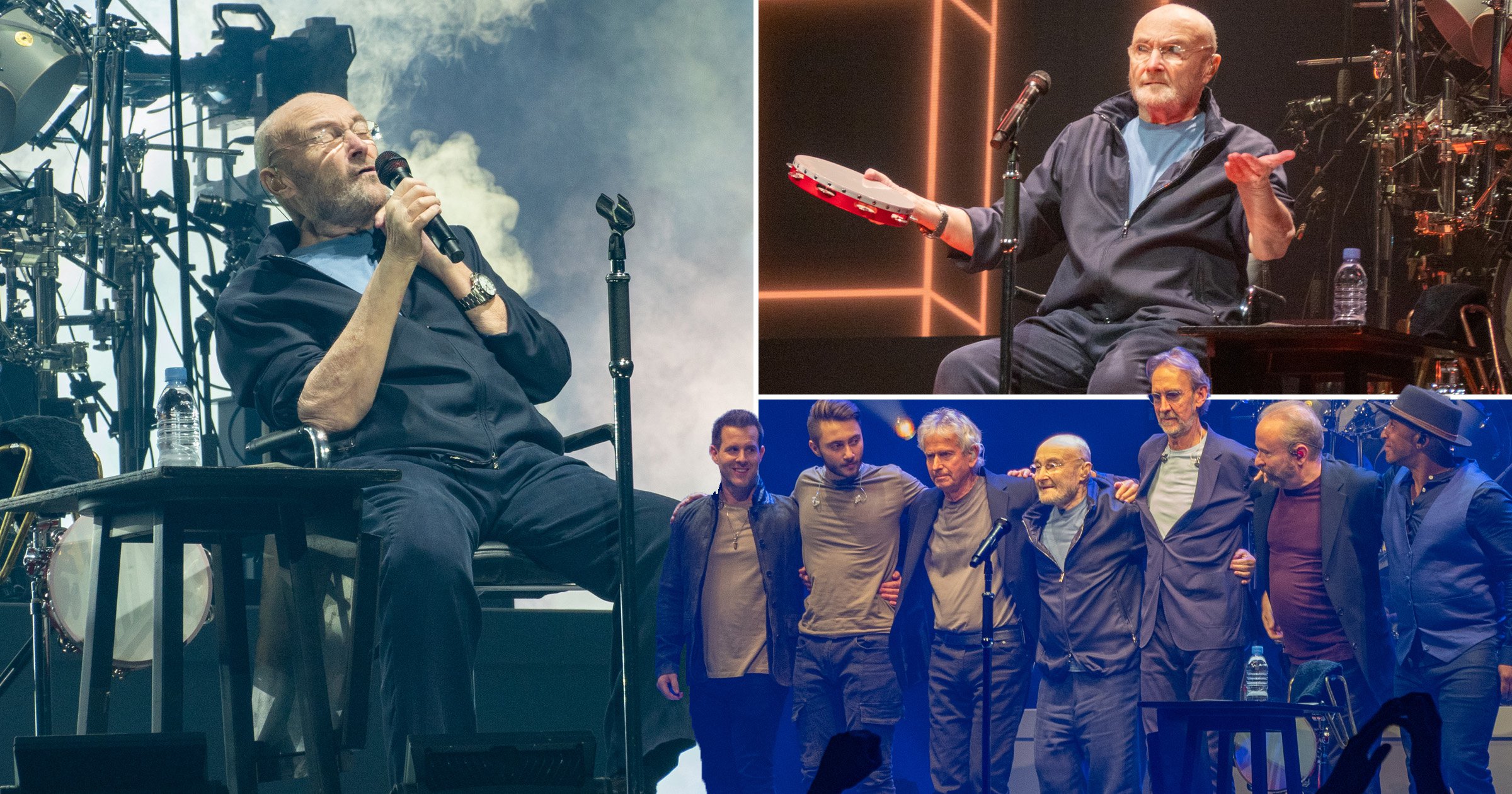 Genesis kicked off their The Last Domino? Tour in Birmingham on Monday, with drummer and singer Phil Collins performing the show from a chair amid his ongoing health issues.

Phil, 70, sang all of the band’s biggest hits while remaining seated after previously telling fans this would be their last chance to see him on tour with Tony Banks and Mike Rutherford.

When asked whether he would perform more dates in 2022, Phil told Mojo (via NME): ‘This English and American tour, that will be enough for me.’

Keyboard player Tony is quoted as saying: ‘I think it depends a little bit how it goes. How Phil stands up to it all. How the audience receive it, and how we all feel about it, really.’

The band’s farewell tour is their first live performance since 2007’s Turn It On Again tour and also saw guitarist Mike choosing to perch on a stool at points during the show, too.

Phil has been open about his health struggles in recent years, revealing in 2009 that he was no longer able to drum due to a spinal injury and years f drumming in an improper position.

His 20-year-old son Nic has taken over drumming for him which he told BBC Breakfast earlier in the month was ‘very frustrating ’cause, you know, I’d love to be playing up there with my son.’

Phil added that the current tour is then band putting Genesis ‘to bed’, explaining: ‘We’re all men of our age, and I think – to some extent – yeah, it probably is putting it to bed.

‘Just, generally, for me, I don’t know if I want to go out on the road anymore.’

When asked how he has been getting ready to sing for a three hour show, Phil told The Guardian: ‘I don’t do anything at all. I don’t practice singing at home, not at all. Rehearsing is the practice.

‘These guys [his band mates] are always having a go at me for not, but I have to do it this way.

‘Of course, my health does change things, doing the show seated changes things. But I actually found on my recent solo tours, it didn’t get in the way; the audience were still listening and responding.

‘It’s not the way I would have written it, but it’s the way that it is.

The first night of The Last Domino? tour saw 15,000 fans pack in to the Utilita Arena in Birmingham to catch the band’s first live show in 14 years, giving Phil multiple standing ovations during the night.

Where to spot celebrities in nyc

The Sleeping Beauty is a ballet in a prologue and three …

Fandango is your go-to destination for all your favorite actors, actresses, …