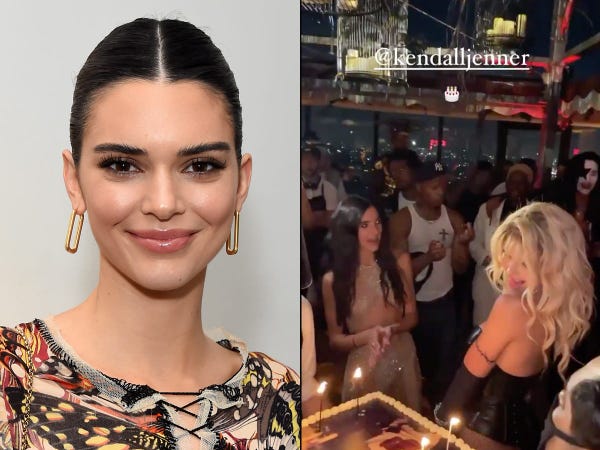 People on Twitter are calling out Kendall Jenner for seemingly flouting social-distancing guidelines at her star-studded birthday party this weekend.

The model, who turns 25 on Tuesday, celebrated her birthday early — and clips from the Halloween event posted to social media appear to show guests dancing close to one another and partying without masks.

Many Twitter users took issue with Jenner and her guests appearing to behave as though the coronavirus pandemic was nonexistent.

Others expressed suspicion at the party's apparent "no social media rule."

The Kardashian-Jenner siblings have been called out on social media throughout the pandemic for everything from seemingly ignoring social-distancing guidelines repeatedly to flaunting their exorbitant wealth.

On Tuesday, people roasted Kim Kardashian West after she posted pictures from her lavish private island getaway for her birthday.

Despite Kardashian West explaining that she'd taken a select group of friends and family on the trip after "weeks" of quarantining and "health screens," Twitter users still accused the reality star of being "out of touch" with reality.