‘The Me You Can’t See’ is a series on mental health on Apple TV+ which sees Oprah, Harry and other contributors open up about their own experience and discuss the stigma and how to get help. While the Duchess of Sussex did not take part in the documentary, she herself was very candid about her own struggles in her interview with Oprah earlier this year. She admitted to the TV legend that she experienced suicidal thoughts while she was pregnant with Archie.

Oprah, who was present at the couple’s wedding three years ago, gave a sweet nod to Meghan with the use of the phrase “the aha moment”. She said: “Everybody who has kept a secret, lived in shame, let the silence create the stigma for you and broke the shame barrier or yourself, you recognise when you share the story, it allows other people not just to see you differently but see yourself differently and you end up helping so many people. I love those aha moments and sharing stories that allow people to see themselves in somebody else. Over time I see someone like Lady Gaga come out and speak about it, I know that’s a great thing because it allows people to go, ‘Oh you even, even with all you have,’ that’s the goal here to get people to call it out.” 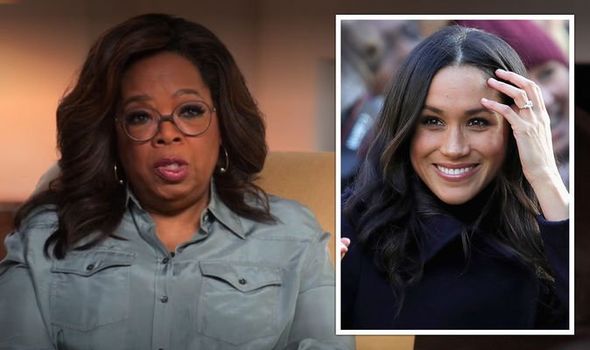 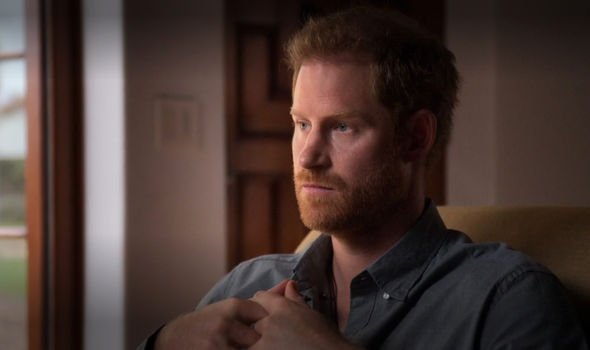 The “aha moment” is not only Oprah’s signature phrase, but also something that was taken on board by Meghan.

The Duchess created and ran a lifestyle website called The Tig before she married Prince Harry in which she wrote about food, fashion, travel, interior design and other things.

The name ‘The Tig’ came from a wine called Tignanello and Meghan said this was because tasting it was her “aha moment”.

She wrote on the ‘about’ page of her website: “Several years ago I had a sip of a wine called Tignanello (pronounced teen-ya-nello’). 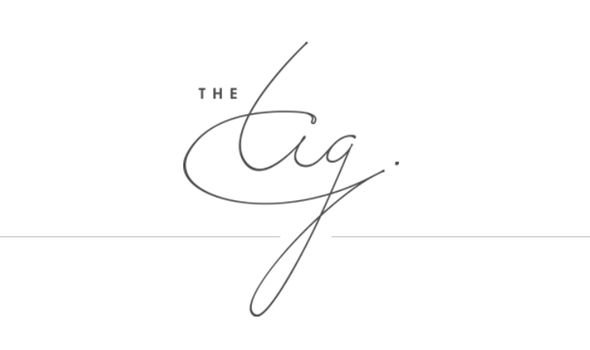 “But let’s be real ‒ in the States most people said ‘tig-na-nello’ or just plain old ‘Tig’.

“The Italiano of it all gets a little tricky, so the bartender kept it simple; it was a glass of ‘Tig’.

“So there I am, with very minimal wine knowledge and I take a sip of this wine.

“It wasn’t just red or white ‒ suddenly I understood what people meant by the body, legs, structure of wine. 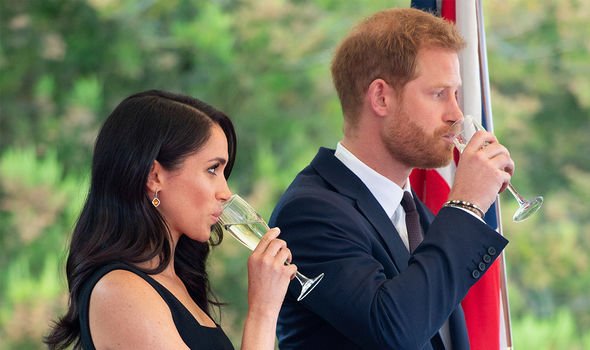 “It was an aha moment at it’s finest.

“For me, it became a ‘Tig’ moment ‒ a moment of getting it.

“From that point on, any new awareness, any new discovery of ‘ohhhh, I get it!’ moment was a ‘Tig’ moment.”

In this way, Meghan’s “aha moment” became the very premise for her website.

It was this that caused Meghan’s biographer Andrew Morton to name an entire chapter ‘The Aha Moment’ in his book.

Oprah is known for using the phrase “aha moment” to describe a revelation on The Oprah Winfrey Show and in her O magazine.

However, the catchphrase became a centre of legal dispute in the Naughties when Oprah took issue with executives at Mutual of Omaha Bank over an advertising campaign which featured the strapline “Official sponsor of the Aha moment”.

Her lawyers fired off a cease and desist letter in 2009 claiming Oprah owned the rights to the catchphrase and demanding they call off plans to run the promos, fearing her fans would think they were associated.

However, the bank’s bosses claimed Oprah “abandoned” any rights she may have to the phrase by failing to “police the alleged mark” when other businesses used it beforehand.

Eventually, Oprah reached an amicable undisclosed settlement with the bank.

‘The Me You Can’t See’ is available to stream on Apple TV+.

We dont know about the flared-jeans thing, but we do know what your …