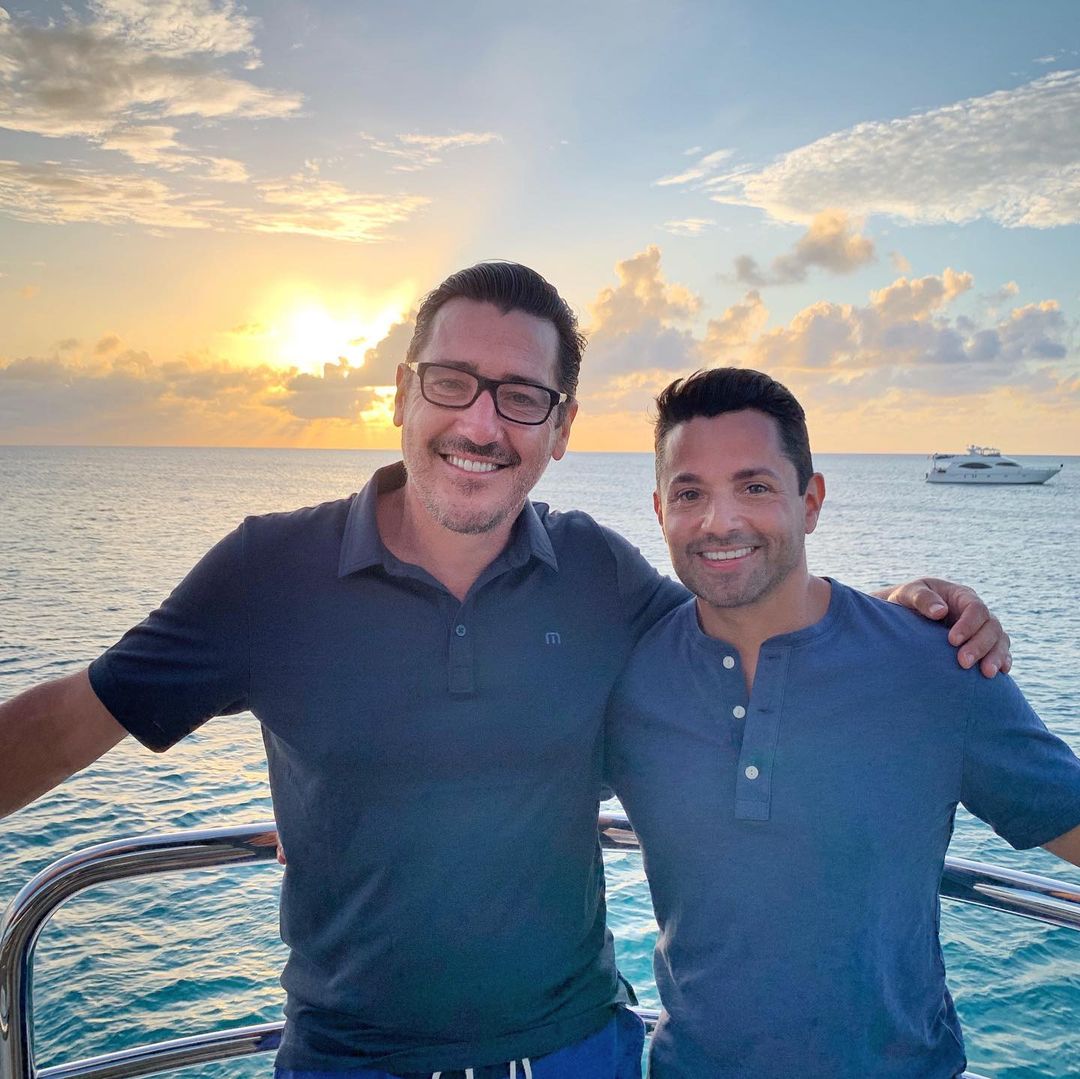 When I was a little girl, I loved New Kids on the Block and my favorite “Kid” was Jonathan Knight. He was tall, lanky, cute and quiet. I was convinced that he had the most depth and compassion. As an adult, I love to watch HGTV to unwind. Last year, I happened upon a cool show where a guy fixes up old farmhouses in Massachusetts. I kept looking at the guy and wondering why he looked so familiar. It’s Jonathan Knight! He’s all grown up now (he’s 53!!) and he fixes up houses on HGTV’s Farmhouse Fixer. He does great work, and he has a great team by his side. Apparently, when NKOTB’s popularity was on the wane, Jonathan started buying old houses and fixing them up and flipping them. Nowadays he and his team help farmhouse owners renovate and modernize these historic properties (within building codes). The new season is here, and during the promotion, Jonathan talked about his longtime love, Harley Rodriguez, and how they recently got married in secret. OMG!!!

Jonathan Knight is officially off the market! ET’s Lauren Zima spoke with the New Kids on the Block band member and Farmhouse Fixer star on the set of the HGTV series about the show’s second season and getting married to his longtime love, Harley Rodriguez, in secret.

“It is so exciting,” Knight gushed of the series. “I mean, I’ve been trying to get a show on TV for so many years, and actually, HGTV told me we’re not gonna do the celebrity thing, and I was like, ‘Oh.’ And then a few years later, things change, and they’re like, ‘Yes, this is perfect,’ so it’s been great. It’s such a passion of mine, fixing up houses. I would post on Instagram pictures of projects I did, and fans would always ask me, ‘What is your other job besides the New Kids?’ and I just think it’s so great to be able to showcase what I do, and people can watch.”

While he has a passion for fixing up homes, what Knight loves most about the HGTV series is being able to breathe new life into old homes — with some of the farmhomes he fixes dating back to the 1700s. “I started my career doing new houses and condos, and I just got sick of, like, vinyl-sided houses in subdivisions,” Knight explained. “And to me, they don’t have as much character as an old house, and history, so, I kinda pulled back from that and teamed up with a friend a mine, and we just started buying all these old houses and just bringing them back to life.”

Knight’s career accomplishments aren’t the only cause for celebration. He also revealed to ET that he finally tied the knot with his fiancé.

“We did,” Knight admitted when asked about the ring on his finger. “But everybody just assumed we’re married, so, I never say yes or no ’cause I don’t wanna lie.”

While the pair wed in secret, they have yet to celebrate their nuptials, due to the ongoing COVID-19 pandemic. “It’s coming,” he added.

This is such a special gift for me, to learn that a childhood crush grew up to be a really nice man in a loving marriage, and that he also loves fixing up old farmhouses. It’s like… my instincts were good, even as a kid. Jonathan Knight is a real one. The show is great too, my favorite part about it is that it’s not all about him and “Jonathan Knight the celebrity.” He really does work with a close-knit team, and he’s especially tight with a female designer who comes in and helps him organize everything.

He’s hyphenating his name on IG too! He’s now Jonathan Knight-Rodriguez! I feel like crying!! THEY RAISE CHICKENS TOGETHER! THEY HAVE GOATS.

Uploaded by EpicMashupsIf you enjoyed this video please hit the …