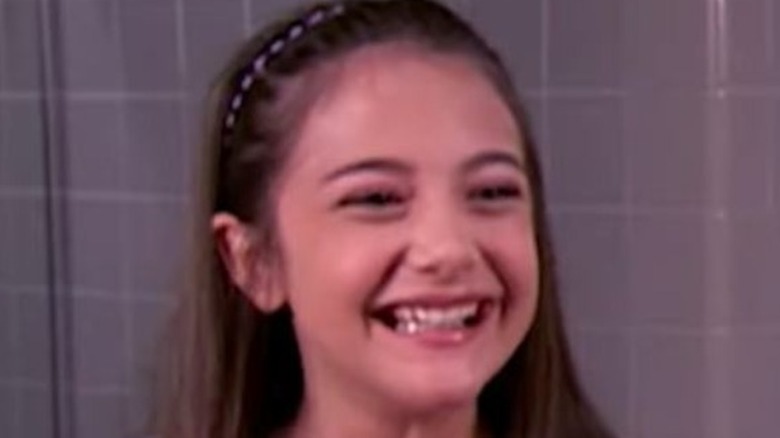 “Zoey 101” was a Nickelodeon show that debuted in January 2005. The show starred Jamie Lynn Spears, the younger sister of Britney Spears, as a teenager in Malibu who was getting used to a new school and new friends (via IMDb).

Alexa Nikolas played Nicole Bristow throughout the first two seasons of the show. While Nikolas always added a bright and bubbly atmosphere to her scenes, it turns out that everything on set wasn’t exactly fun for her when she was young. In August 2019, Nikolas even went live on Instagram to detail exactly how rough the set of Zoey 101 was.

Nikolas said that her experience even changed how she felt about her own character. “It was a really amazing experience getting to know [my character] Nicole, but the experience on set ended up being drastically different than how I felt about Nicole,” she said (via The Whisp). She added that the source of the problems was none other than Jamie Lynn Spears herself. “But then reality kicked in and I discovered that the lead character on the show who’s supposed to be my best friend on screen didn’t really want to be my best friend in real life.”

Alexa Nikolas has grown up 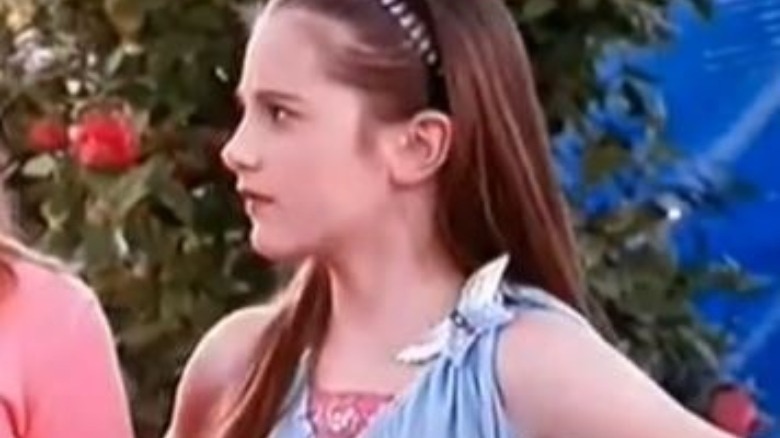 These days, Alexa Nikolas is all grown up and is even a mom herself. However, that doesn’t mean that she’s been able to let go of the pain inflicted by others on the “Zoey 101” set. She explained on Instagram that there were definitely cast members who deliberately excluded her from off-set activities.

“But while I was working on the show, Zoey and Dana in real life, Jamie and Kristin, started acting as a unit and I was left out. They would have sleepovers and all these different things and I was never invited to any of them and it was a sad kind of realization to deal with at a young age … once the other cast members started seeing that that was what was being portrayed by the lead character, they wanted to impress [Jamie], which I understand, so they started acting like that, too … I was really left out,” she said (via The Whisp).

Unfortunately, that exclusion even extended to the Zoey 101 cast reunion in 2019. Pop Crave confirmed on Twitter that Nikolas was not invited to the event that year.

Britney Spears reportedly got involved with the drama on Zoey 101 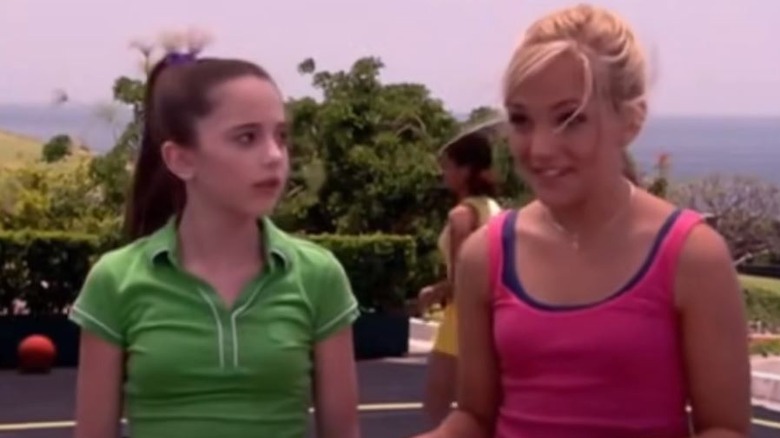 Tensions on the “Zoey 101” set were reportedly so extreme that Britney Spears herself felt like she needed to get involved in what was going on between Jamie Lynn Spears and Alexa Nikolas. At the time, multiple outlets reported on the event. A writer for The New York Post insisted, “Britney had the talent coordinator bring [co-star] Alexa Nikolas over to Jamie Lynn’s trailer — where she proceeded to scream that Alexa was an ‘evil little girl,’ and that she had better watch herself or she ‘will never work in this town again'” (via Zee News).

The source added that Nikolas was pretty traumatized by the event, especially since Britney was such a major star that she idolized. “Alexa was in tears. She was sobbing and totally upset — I mean, she has been buying Britney CDs since she was 6, and then Britney tears her to pieces? It was totally uncalled for. While Jamie Lynn is the star, Alexa still works there and it is technically her set. And the fight was a petty, 13-year-old thing between Alexa and Jamie Lynn, who is becoming a real pest. Britney should have stayed out of it.” 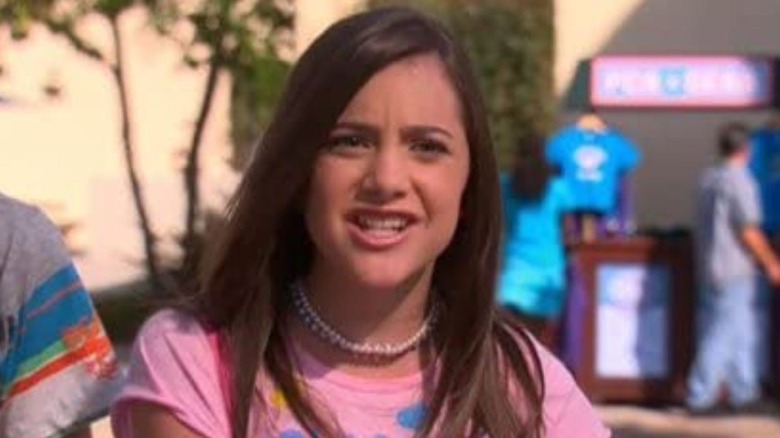 Unfortunately for Alexa Nikolas, bullying and drama on the “Zoey 101” set are not the only hardships she has endured. In early 2021, Nikolas revealed that her marriage with singer Michael Milosh was physically and sexually abusive and that she believes she was groomed by her ex-husband.

Nikolas met Milosh when she was only 16. After talking on and off for two years, the pair finally met up when she turned 18. She claimed that when she was 17, Milosh asked if he could stay with her; many of their conversations took place over video chat and she details, “A lot of our conversations were via Skype video chat. They were all sexual and flirtatious. I can account on numerous occasions undressing upon his request,” she revealed in a now-deleted Instagram post (via The AV Club).

Once the two met, they began a sexual relationship. Milosh also wrote songs about Nikolas that at the time felt flattering, but upon reflection are anything but. Nikolas explained that one song in particular, “Major Minor Love,” is especially troubling. “In retrospect, reading those lyrics is deeply disturbing,” she said. “Now each word of that song completely creeps me out. I suggest you go and read them with a new perspective. It is a song about grooming a young girl and gaslighting.”

In the end, the pair were married for almost seven years and much of that seems to have been deeply troubling for Alexa Nikolas. After Michael Milosh released his own statement denying any and all of her allegations, Nikolas addressed him head-on with a poignant note on Instagram. “Shame on you,” she wrote. “Prove to me you are not a predator. You have damaged people’s lives with what you have done to them. Are you saying all the other allegations are false too? You showed 0 accountability today. You are a victim shamer and a victim blamer. You are a liar.”

Nikolas’ career also seems to have slowed since her marriage and subsequent separation and divorce; her last appearance was on “Mad Men” in 2013. Prior to that, she had roles on other notable shows, including “The Walking Dead” and a voice acting role in an episode of “Family Guy” (via IMDb). 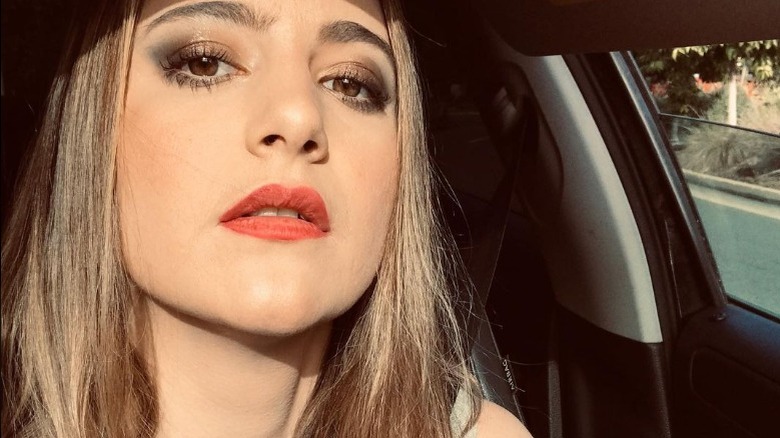 These days, it definitely seems like Alexa Nikolas has moved on to a life that’s all her own. Nikolas and her partner, Michael Gray, welcomed their first daughter together in November 2020 (via The Things). The pair named the baby Nova Vespertine. Nikolas has been pretty quiet about her relationship with Gray, choosing to share bits and pieces of their life together on her Instagram account without much commentary.

She’s also been working on a film titled “Metanoia,” and says that it was inspired in part by her divorce. While speaking to Verse in 2018, Nikolas explained, “I came to the conclusion that I was going through the five stages of grief after we divorced and I was wondering how many other people were experiencing this after ending a serious relationship. Metanoia literally means a change in one’s way of life resulting from penitence or spiritual conversion. I did do some things in my relationship with Milosh that I would never do now. I have a much better perspective on things.”

Ultimately, creating is a way of life for Nikolas, and something she hopes to never give up. “I need to create art as a way of making sense of it all, and I need to give back to everyone else that has experienced what I did because it’s all universal,” she said.

If you or someone you know is dealing with domestic abuse, you can call the National Domestic Violence Hotline at 1−800−799−7233. You can also find more information, resources, and support at their website.

Celebrities that live in montana