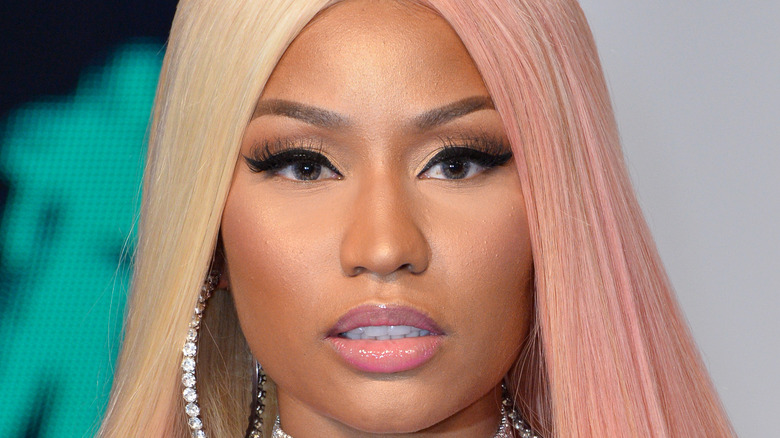 Nicki Minaj is one of the biggest names in music. And with such a massive name comes just as massive responsibility. A celebrity can reach tens of millions of people when they’re at this level, and spreading certain ideas via their platform can be harmful. Now, Minaj is caught in the midst of one such incident.

The hitmaker hasn’t always had an easy life. (Heck, Nicki Minaj isn’t even her real name.) Her current struggle has been raising a newborn during the COVID-19 pandemic, with her first son being just 11 months old (via Entertainment Tonight). Despite this, though, Minaj took to Twitter on Sept. 13, 2021, to express news that shocked fans and non-fans alike around the world.

As it turns out, the “Chun-Li” rapper didn’t attend the 2021 Met Gala for the same reason she canceled her appearance at the 2021 Video Music Awards. But just why has Minaj disappeared from the celebrity scene?

Is COVID-19 to blame for Nicki's absence? 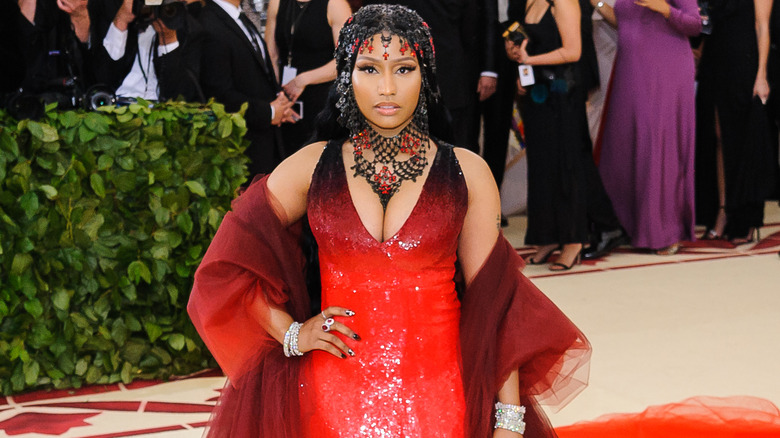 The Met Gala missed Nicki Minaj this year, but the rapper ultimately chose not to attend for one specific reason. According to NBC News, Minaj didn’t want to get vaccinated to attend the event. The rapper took to Twitter to say, “They want you to get vaccinated for the Met. if I get vaccinated it won’t for the Met. It’ll be once I feel I’ve done enough research.” She continued: “I’m working on that now. In the meantime my loves, be safe. Wear the mask with 2 strings that grips your head & face. Not that loose one.”

She later added an anecdote to explain her hesitation. Minaj tweeted, “My cousin in Trinidad won’t get the vaccine cuz his friend got it & became impotent. His testicles became swollen. His friend was weeks away from getting married, now the girl called off the wedding. So just pray on it & make sure you’re comfortable with ur decision, not bullied.”

These comments come just weeks after the FDA approved Pfizer’s mRNA vaccine, making it the first COVID-19 vaccine the organization has approved, per NPR. The rap star has been called out by fans, news channels, and more for her comments, and Minaj has been firing back. MSNBC’s Joy Reid is just one person for which Minaj has had words. “This is what happens when you’re so thirsty to down another black woman (by the request of the white man), that you didn’t bother to read all my tweets,” Minaj tweeted (via The New York Post). “I can join in the reindeer games too right? Ppl can go on tv & lie on me, I can report on them, too right?”

The function of beauty

From Pint-Sized Projectors to Rock Band Bobbleheads, These Are the Best Stocking Stuffers to Gift This Year