Home » Celebrity » 'Mom Get The Camera': Tributes for viral CoD star C8 Swap pour in even though there's no proof he died 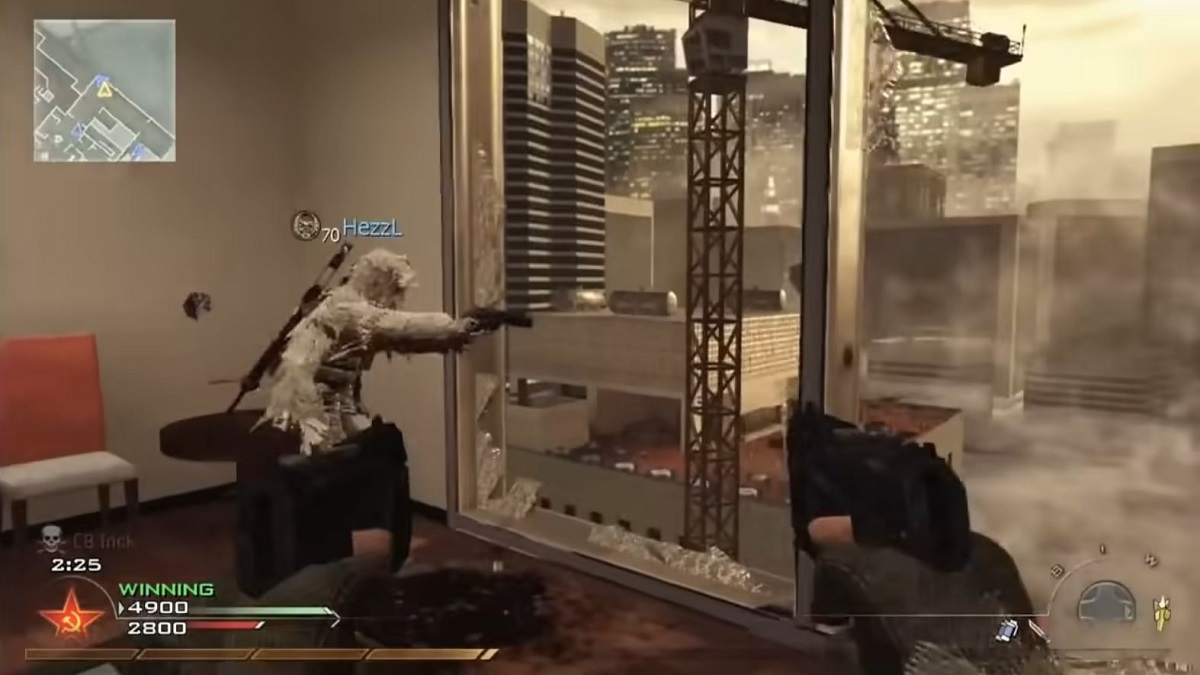 Rumors are circulating on social media that Call of Duty star C8 Swap has died. C8 Swap was famous for screaming “Mom, get the camera” after accomplishing a rare trick shot.

The player went viral online in June 2011 after a video was uploaded to YouTube showing the moment he accomplished the remarkable feat of killing his opponent by hurling a knife while spinning mid-air during a fall.

C8 Swap went wild with excitement after performing the skillful maneuver, and he began screaming to his mom to get the camera. As he yelled on top of his voice, a witness (presumed to be his younger brother) could be heard in the background making wild whooping noises.

The video of the incident, which has been described as “the most iconic moment ever recorded in gaming history,” went viral on YouTube, receiving millions of views (see below).

C8 Swap’s words, “Mom, get the camera,” became one of the most popular memes among gaming community members.

Twitter is currently abuzz with the rumor that C8 Swap has died.

Twitter users are sharing tweets claiming they learned C8 Swap was killed sometime this year while serving in the military.

“My heart just broke. The ‘Mom get the camera’ kid from MW2 passed away in the military. RIP a fallen brother,” a Twitter user wrote.

C8 Swap death rumor appears to have started on Reddit

The C8 Swap death rumor appears to have originated on Reddit.

A Reddit user u/Divide_Leather took to the r/gaming subreddit about 11 days ago to inquire about C8 Swap.

“What happened to C8 Swap? He’s the guy who went famous like 10 years ago who hit a trick shot on MW2,” the Reddit user asked.

“I heard somewhere he went to war and died. I haven’t seen anything that proves that though,” Reddit user El_Sleazo commented.

“I heard he died but I don’t know if it’s true” another Reddit user responded.

“I also heard he died at war, is this true?” a third inquired.

However, none of the Reddit users could confirm that the rumor was true.

The rumor that C8 Swap died continues to spread on social media, although there is no proof of the claim.

A Twitter user, @ryuksdog, came forward yesterday to claim that he is C8 Swap’s brother. The Twitter user appeared to confirm that C8 Swap died while serving in the military.

“For everyone that is asking, yes I am the ‘mom get the camera kids brother.’ I had previously deleted the other tweet because it gained a lot of negative attention. fly high big bro, he was a warrior.”

However, it remains uncertain whether @ryuksdog is really C8 Swap’s brother or whether he was only pranking.

Voice actor Ricky May, known for voicing the Soldier in Valve’s Team Fortress 2, died in April after being diagnosed with COVID-19.

He was recovering from a stroke at the time he died.

Another CoD “trickshotter” Dixie allegedly died while fighting for ISIS

Some of the Reddit users who reacted to u/Divide_Leather’s original inquiry on Reddit suggested that the rumor that C8 Swap died while serving in the military could be due to a mix-up.

“I’m pretty sure it was a different trickshotter called era Dixie who went to war and died,” Reddit user callumcmenemy replied after user El_Sleazo first claimed on the Reddit thread that C8 Swap died in the military.

On October 8, Ginx published a report that cited a Twitter post by gamer @Vekays, claiming that Dixie, a Canadian CoD player, died in 2014 while fighting for the terrorist group ISIS in the Middle East.

“eRa Dixie was a Canadian who converted to Islam, went overseas, and fought for Isis. He’s dead now but that’s f****d,” Marcus tweeted back in December 2014.

According to the report, Mohamud Mohamed Mohamud, a Somali-Canadian Call of Duty gamer from Hamilton, Ontario, was reportedly killed in 2014 during clashes between Kurdish and ISIS forces in northern Syria.

The princess, who has never seen anyone spin before, asks the …