Machine Gun Kelly is living his teenage fantasy by dating Megan Fox, after he grew up staring at her photo on his wall

It’s a teenage dream come true! Machine Gun Kelly, 31, confessed that he grew up with a poster of his now-girlfriend Megan Fox, 35, on his wall in high school, before he even had a taste of fame. MGK (whose real name is Colson Baker) chatted with journalist Wesley Lowery, who he went to high school with, about how he used to have Megan’s picture on his wall, in a new GQ profile.

In the interview, MGK spoke about how he’s finally achieved everything he dreamed of in high school with his music career, but he also noted that he always had Megan on the mind, even before he knew her personally. One of the singer’s old friends from school said they’d remembered him saying he’d marry the Till Death star. Wesley noted that the Tickets to my Downfall singer had gotten a tattoo of the Decepticon logo from Transformers, which was one of Megan’s breakout movies, and had the actress’s poster. He said that during the interview MGK asked Megan to make sure he remembered the right photo that he had on his wall. “[The poster] was from her [2008] GQ shoot,” he said. “So that’s some full-circle s**t.” 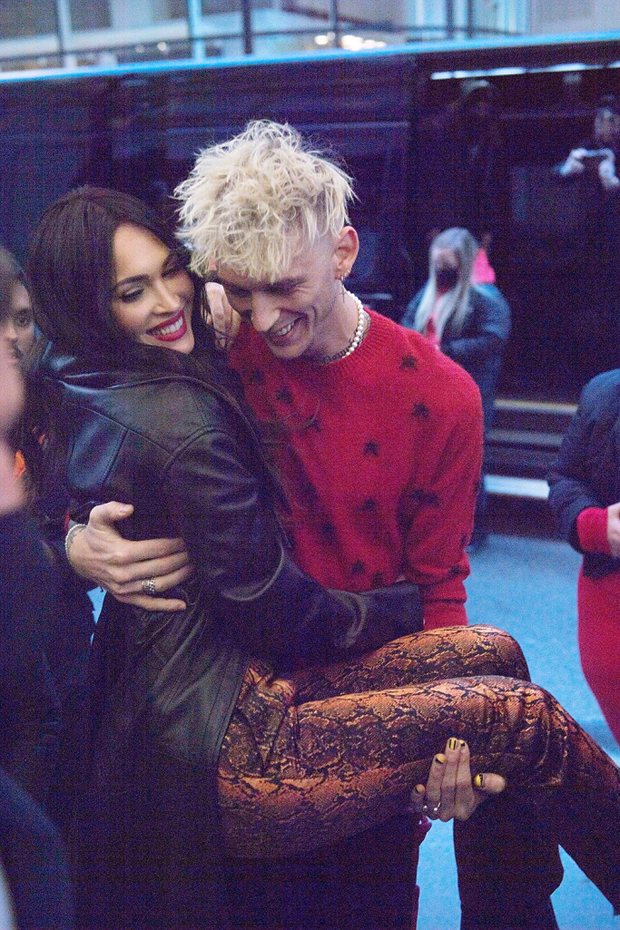 Before mentioning how it’s been a full-circle journey finally getting to date Megan, MGK said that between dating her and his music career, he must have had some premonitions in high school. “That overzealous, overconfident 15-year-old must have known that it was attainable, even though everyone else was like, ‘You’re out of your white-boy-rapping mind.’ No one is sitting in math class thinking that [the next] Drake is sitting next to them,” he said in the interview. 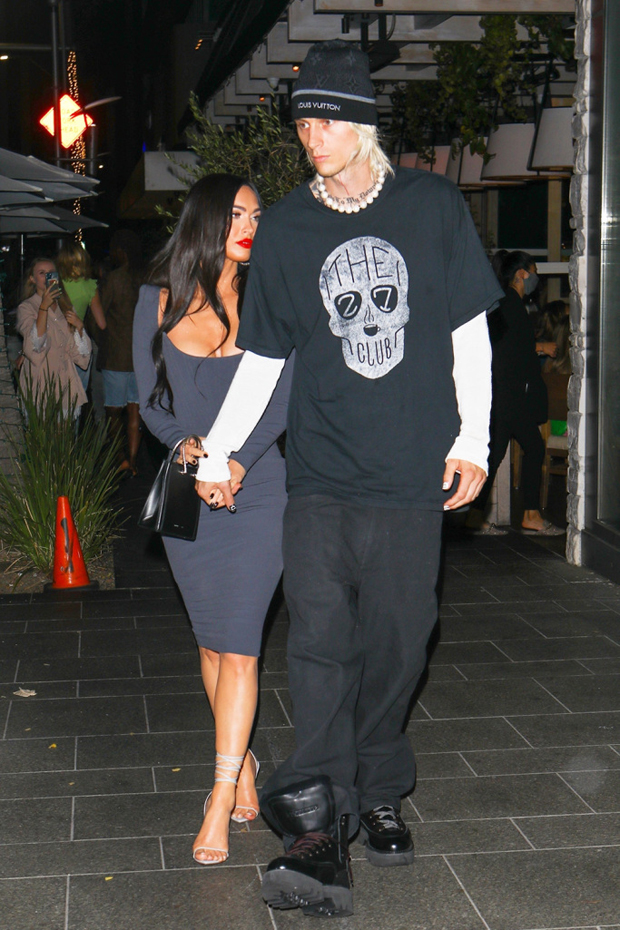 MGK is surely making his teenage self proud, as he’s been dating Megan for over a year now. The couple have been seen out and about, living a real rockstar lifestyle. MGK has wooed Megan by giving her rides on his motorcycle for romantic dinner dates. The singer even brought the actress onstage for a performance at an Indy 500 party. Megan also recently opened up about falling in love with MGK on the set of their crime drama Midnight in the Switchgrass in a Washington Post interview. “The first time I looked into his eyes, I was like, ‘I know you. I have known you so many times, in so many different forms, in so many different lives,’” she said.

Russell Crowe Once Bought a Dinosaur Head From Leonardo DiCaprio

Beauty and the beta