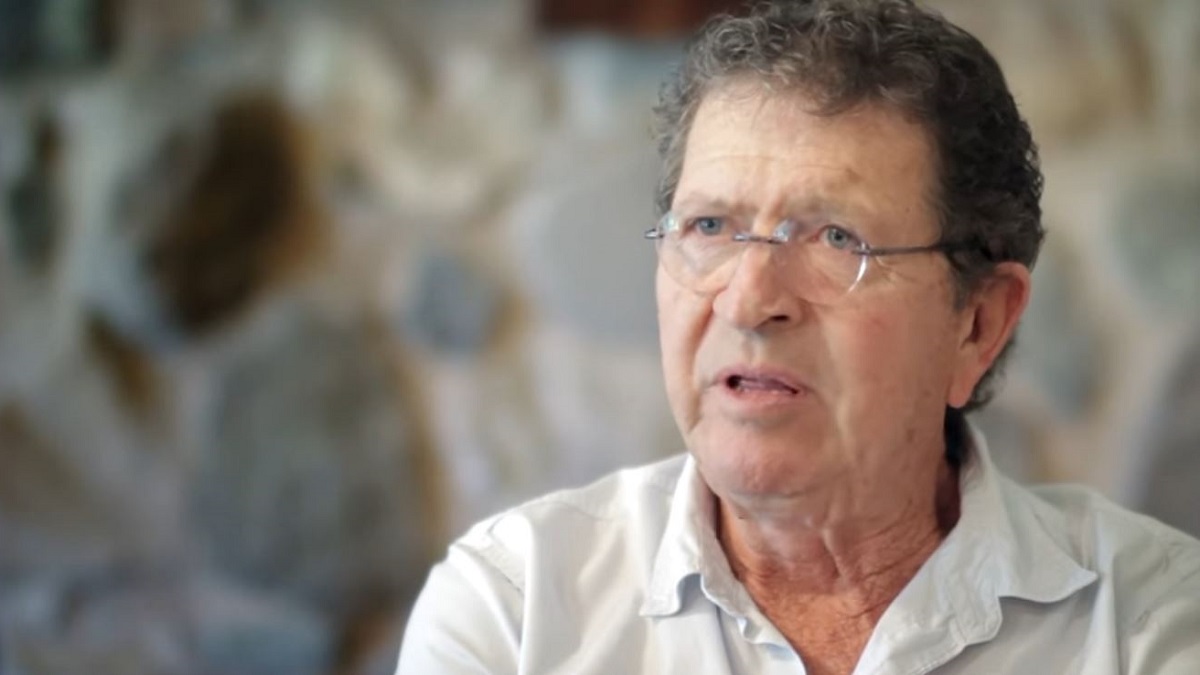 Country music singer and songwriter Mac Davis passed away on Tuesday at the age of 78 due to complications following heart surgery.

Davis’ manager, Jim Morey, announced his passing in a statement posted to Facebook on Tuesday.

Part of the statement read:

“It’s with a heavy heart that I announce the passing of Mac Davis. He was surrounded by the love of his life and wife of 38 years, Lise, and his sons Scott, Noah and Cody.”

“We are sorry to report that legendary singer/songwriter Mac Davis is critically ill following heart surgery in Nashville. Your love and prayers will be deeply appreciated at this time.” 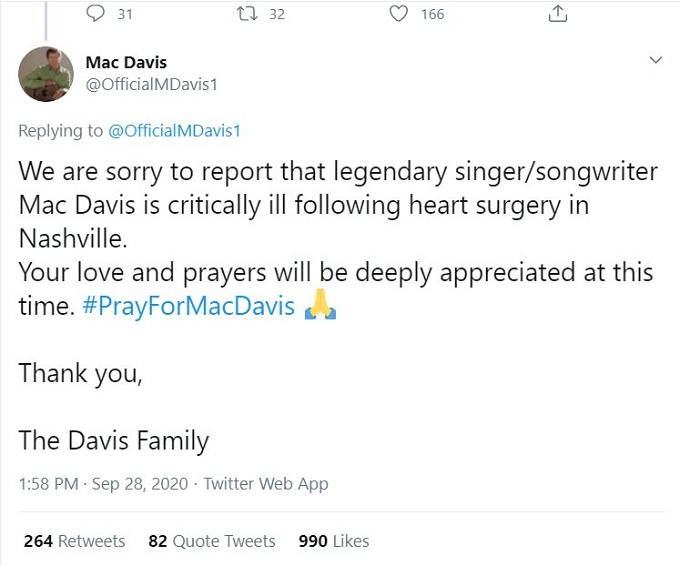 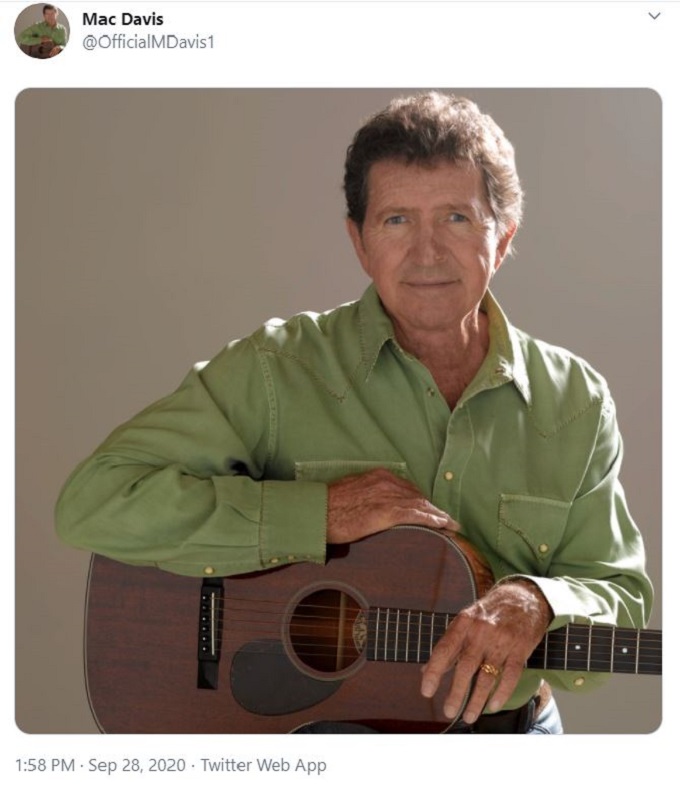 Tributes pour in on social media

There was an outpouring of love and support on social media after the family first announced Davis’ illness on Monday.

Many fans and celebrities, including country singer Dolly Parton, responded by showing support for Davis and his family. 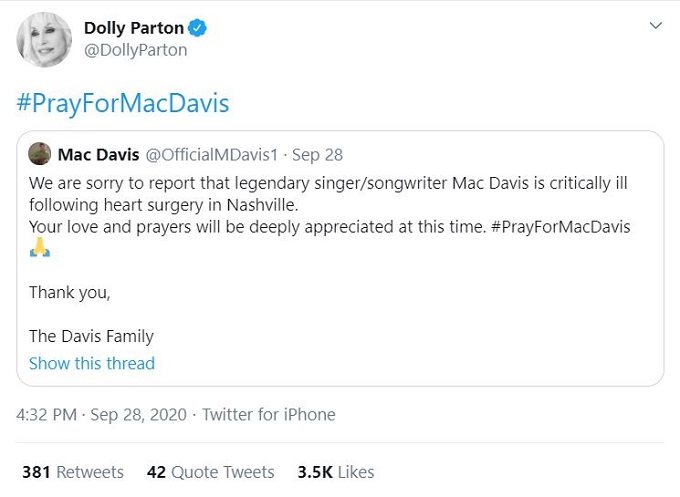 People have also been posting tributes and condolences since news of Davis’ death broke yesterday.

Among stars who paid tribute on Twitter were singers Richard Marx and Travis Tritt. 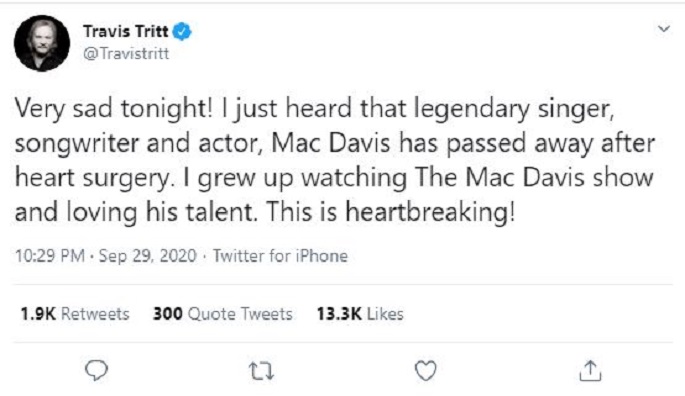 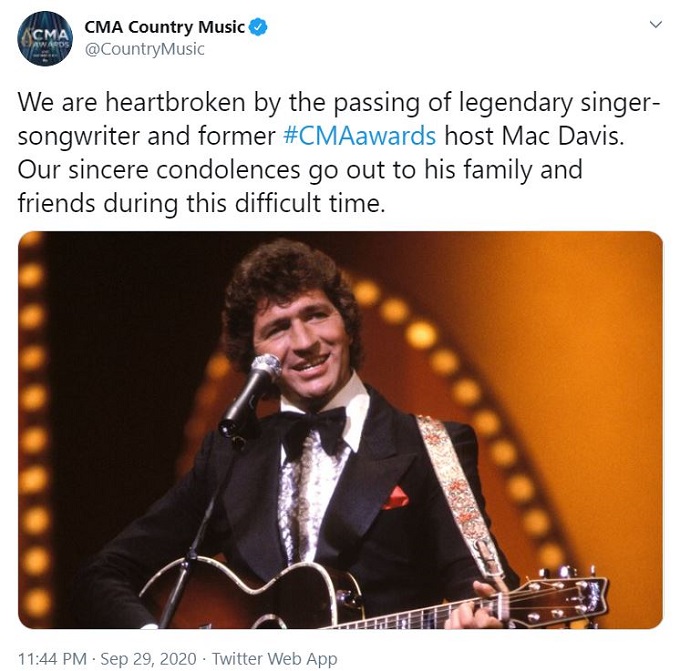 His credits include writing several of Elvis’ hit songs, such as A Little Less Conversation, Don’t Cry Daddy, In the Ghetto, and Memories.

He also wrote Glen Campbell’s song, Everything a Man Could Ever Need. He collaborated with Dolly Parton on the duet, Wait ‘Til I Get You Home (1989).

Davis released his first album, Song Painter, in 1970. He is best known for songs such as One Hell of a Woman, Stop and Smell the Roses, and Baby Don’t Get Hooked on Me.

Other Mac Davis hit songs include, It’s Hard to Be Humble, Hooked on Music, and Texas in My Rearview Mirror,

Davis also had a TV and film career. He was honored with a star on Hollywood’s Walk of Fame in 1998.

He hosted The Mac Davis Show (1974-1976) and appeared in movies such as Beer For My Horses, Cheaper to Keep Her, Where The Fast Lane Ends, Jackpot, The Sting II, and North Dallas Forty.

Beauty and the beast 2017 length

‘Big City Greens’ Gets Picked Up For Season 3 On Disney Channel!