Lily-Rose Depp stepped out in a cute outfit that included a white tank top and denim shorts while enjoying an iced coffee and talking on the phone in New York City.

Lily-Rose Depp, 22, was photographed taking a stroll while wearing a cute and fashionable outfit on June 28. The daughter of Johnny Depp, 58, showed off a white tank top that had a cut-out section around the front of her toned midriff and Daisy Dukes. She also wore dark purple cowboy boots and accessorized with a necklace, bracelet, and sunglasses. 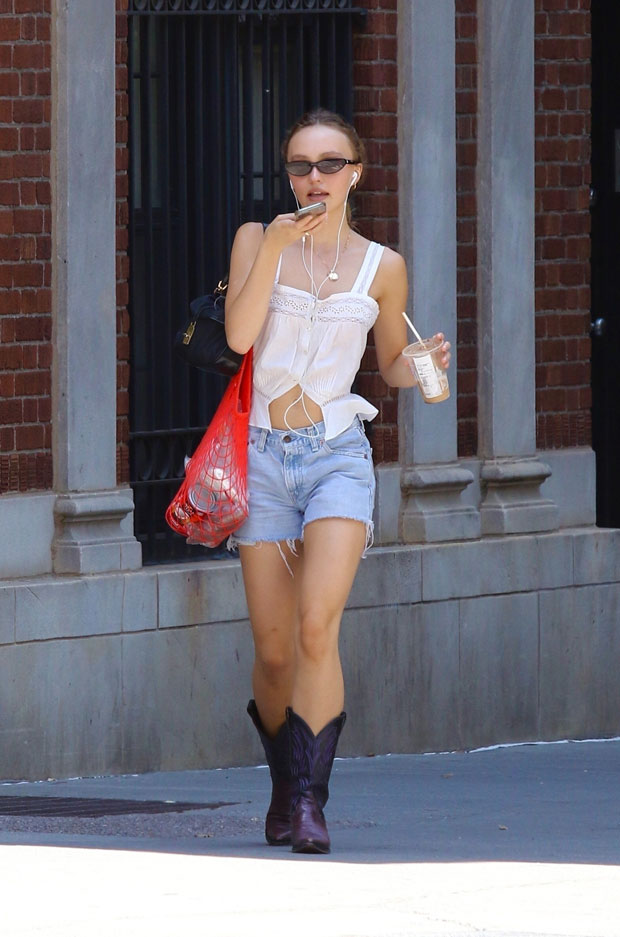 Lily-Rose was also carrying a black purse and red mesh during her summer walk as she held her cellphone and appeared to be speaking to someone on speaker as she had her earbuds in her ears. She was holding what looked like iced coffee in a plastic cup with a straw and had her locks tied back into a low ponytail.

Lily’s latest outing is a rare one since she’s not often seen out about and about. The talented actress has been busy working on her career and just finished a Christmas-themed film called Silent Night with Keira Knightley. She’s also been working on a movie called Wolf, which is about a boy who believes he’s the animal. 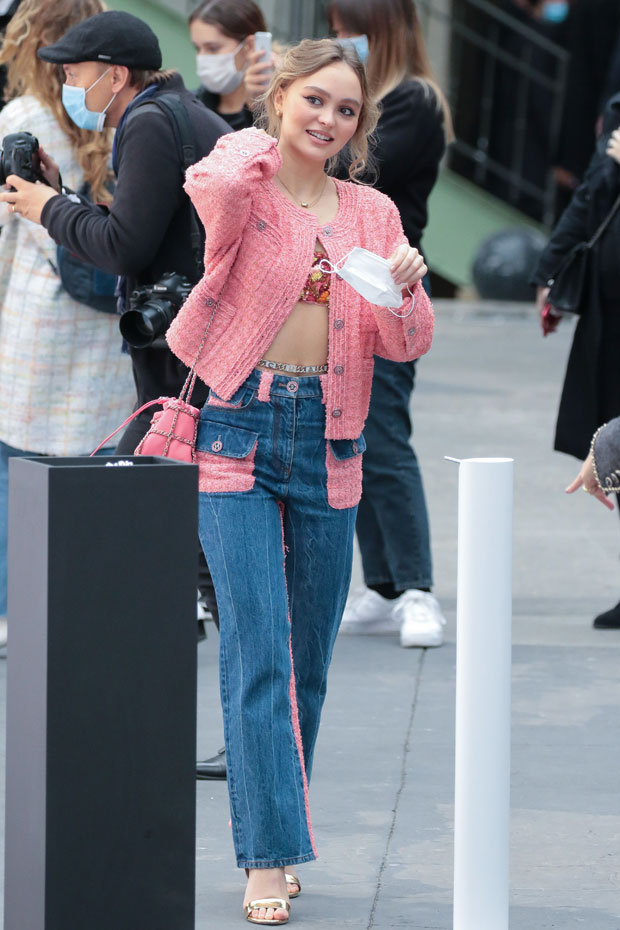 When Lily-Rose isn’t making headlines for her solo outings or career, she’s doing so in her dating life. The Tusk star, whose mother is Vanessa Paradis, 48, reportedly previously dated actor Timothée Chalamet, 25. He previously spoke out about their romance in an interview with GQ and also mentioned some “embarrassing” PDA-filled pics of them on a yacht that went public.

“I was on this boat all day with someone I really loved, and closing my eyes, I was like, indisputably, ‘That was great,’” he explained to the outlet in Oct. “And then waking up to all these pictures, and feeling embarrassed, and looking like a real nob? All pale?”

Lily-Rose and Timothée seemed to end their relationship in Apr. 2020 and she’s most recently been romantically linked to model Ash Stymest.

Movie times beauty and the beast