Lily Collins and Charlie McDowell tied the knot on Sept. 4 in Colorado. See photos of the bride and groom on their special day!

Lily Collins, 32, is a married woman! The Emily In Paris star announced via Instagram that she and fiancé Charlie McDowell, 38, tied the knot on September 4, nearly one year after the pair got engaged. Lily and Charlie each shared the big news with photos of the couple in their wedding attire at Dunton Hot Springs, Colorado, which is where their nuptials took place. Lily was dressed in a stunning white dress for her special day, while her filmmaker beau opted for a black and white tuxedo.

“I’ve never wanted to be someone’s someone more than I do yours, and now I get to be your wife,” Lily wrote alongside a photo of the bride and groom smooching. “On September 4th, 2021 we officially became each other’s forever. I love you beyond @charliemcdowell…⁣,” she added. The British beauty shared two more shots from her wedding day: the first featured a close up of the couple embracing, which she captioned, “Never been happier…,” and the second post showed the happy couple sharing another romantic kiss next to a waterfall. She captioned that scenic shot, “What started as a fairytale, is now my forever reality. I’ll never be able to properly describe how otherworldly this past weekend was, but magical is a pretty good place to start…” 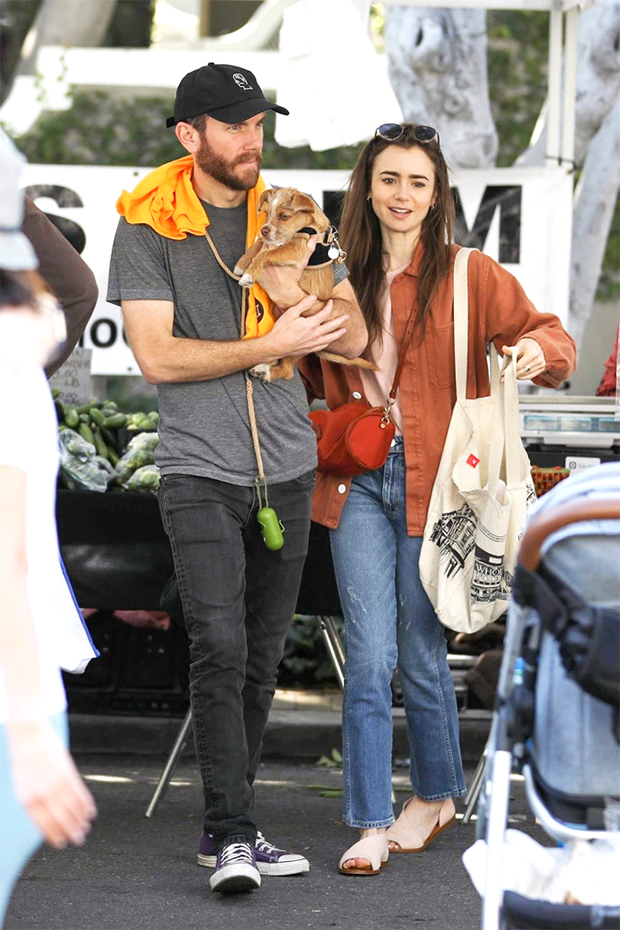 Charlie shared the same few pics from Saturday’s nuptials but included his own heartfelt messages about marrying Lily. “I married the most generous, thoughtful, and beautiful person I’ve ever known. I love you @lilyjcollins,” the film director wrote on one post. Alongside the magnificent snap of the couple kissing at the waterfall, Charlie said, “This moment will forever play inside my head.”

Lily and Charlie received a plethora of congratulatory wishes on their wedding from their famous friends. “What a beautiful picture ! So happy for y’all! 😍,” Reese Witherspoon commented on one of the wedding snaps, while Lily’s Emily in Paris co-star Ashley Park said, “MOM AND DAD ❤️.” Sarah Hyland was super excited about the big news as well, writing, “YASSSSSSS!!!!!!!!!!!” under one of Lily’s snaps.

The daughter of Phil Collins announced her engagement to Charlie — who is the son of Malcolm McDowell and Mary Steenburgen — on Sept. 24, 2020, a year after the two were first linked romantically. Charlie appeared to propose while the two were on a hike, and Lily shared the big news with an up-close look at her engagement ring, a pic of the couple kissing, and an adorable snap of the moment Charlie got down on one knee. “I’ve been waiting my lifetime for you and I can’t wait to spend our lifetime together…,” she captioned the pics. Charlie also shared the news on his Instagram page, writing, “In a time of uncertainty and darkness you have illuminated my life. I will forever cherish my adventure with you.”