Home » Celebrity » Lamar Odom Mourns Dad Joe After His Death With Touching Tribute: ‘I Knew He Loved Me’

Two weeks after announcing the death of his father, Lamar Odom took to social media to share a special new tribute, where he also thanked fans for their condolences.

Lamar Odom is mourning the loss of his father, Joe Odom, who he had an up and down relationship with over the years. Joe sadly died in April, and two weeks after confirming the news, Lamar took to Instagram to share an update with fans. “Thank you to everyone who extended love and prayers to me during my time of bereavement,” he wrote, with a red heart emoji. “I appreciate every single one of you for sending me good energy.”

Referencing his dad directly, Lamar reminisced about some of the hard times he went through with Joe, but had a positive outlook about their relationship in the end. “Life is not promised,” he added. “My pops and I had our differences , but at the end of the day, I knew he loved me and I loved him and that’s all really that matters. I encourage you to take some time and make amends with family and friends, tell someone you love them, smile a little more, laugh out loud, give your heart to those that deserve it because NOTHING is promised but death. That’s it.” 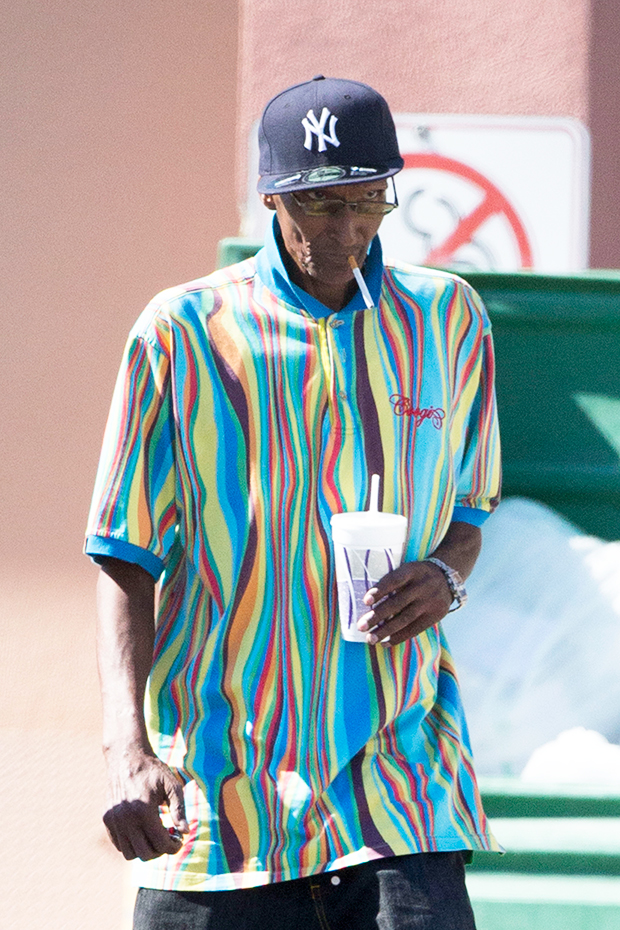 Along with the message, Lamar also shared a photo of a painting of himself and Joe. In the caption, he noted that Karlie Redd had given him the artwork. “Special thanks to Karlie Redd for having this picture made of me and my father and being an amazing friend to me always,” he gushed. In April, Lamar and Karlie actually sparked dating speculation when they were photographed looking quite flirty at a celebrity boxing match. The exact status of their relationship is still unclear, though.

When Lamar was with Khloe Kardashian and appeared on Keeping Up With the Kardashians and Khloe & Lamar, his father made some guest appearances, as well. Joe struggled with drug addiction, which often took a toll on his relationship with Lamar. These highs and lows were featured on the reality shows.

Although Lamar did not reveal Joe’s cause of death, he wrote the following message on April 20: “These eyes have seen the best of life and the worst in mankind. This heart has overflowed with love and been cold as ice. These tears have been from joy and pain, as I embark on burying my father I ask that you extend good energy and kindness toward my family and myself. Understand that the most important and formative relationships you will ever have will be with family. Embrace it. Life is uncertain.”

The beast from beauty and the beast

2000 celebrities then and now