Gene Simmons says ‘shut up’ and 'get a vaccine’ on GMB

KISS Bassist Gene Simmons, who turns 73 today while the band continues their farewell tour in Australia, claims that he has never been high or drunk once in his life. The rockstar has avoided addictions out of respect and love for his mother and the horrors she experienced in Nazi concentration camps.

With 49 years as a rockstar, Simmons has had plenty of time, money and opportunity to embrace the vices so many others in the industry have succumbed to.

However, Simmons, who is a founding member of the band, has never had more than a sip of alcohol in his life and avoids drugs entirely.

In an interview with CNN in 2013, Simmons gave fans a detailed look at his private life, which included some insight on his lifelong sobriety.

When questioned about how he had avoided the indulgence whilst living the rock legend lifestyle, Simmons stated for the record: “I have never been high or drunk in my life.” 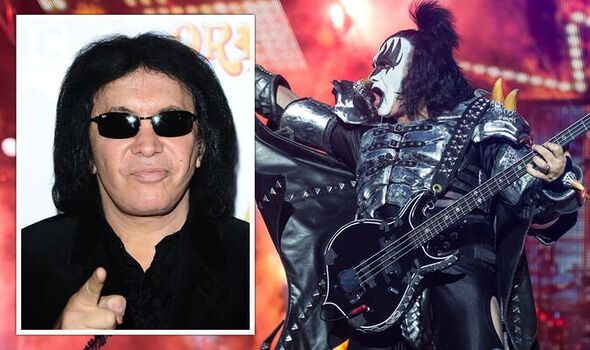 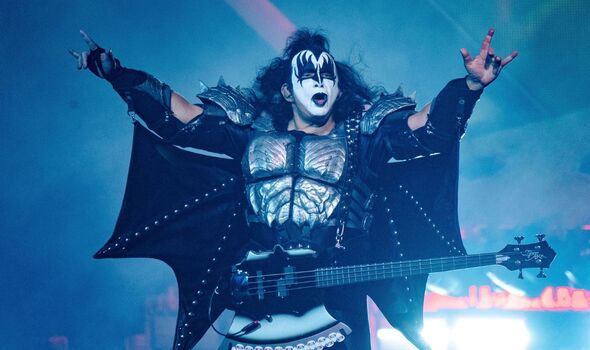 He admitted: “Yes, I know I look like one of those guys. Happened not to be. That’s a personal life decision that I have and I’ll tell you why in all seriousness.”

The musician went on: “There is nothing that I would do, ever, to break my mother’s heart.

“That’s my biggest inspiration and she continues to inspire me every day.”

Simmons is open about his incredibly close and loving relationship with his mother, Flora Klein, having said “I worship the ground she walks on”.

In a 2016 interview, he also revealed that on the odd occasion he has tried a sip of alcohol he has never actually enjoyed the taste or even the smell. 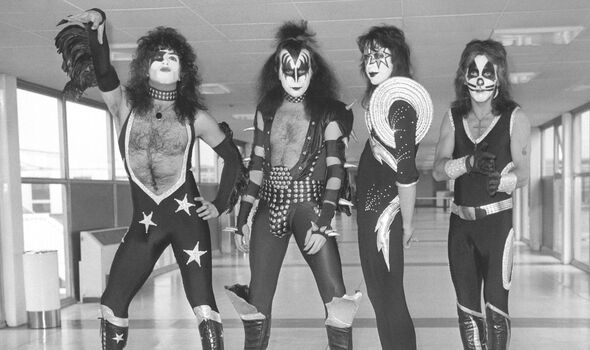 The only child went on to explain that he believed “I had no right to harm my mother”, painfully adding “life did that enough”.

The musician was referring to the traumatic events his Jewish mum had experienced as a teenager in Nazi concentration camps.

Although his mother had rarely spoken about her experiences during the war, a German newspaper Bild am Sonntag found a parcel of insightful documents which they presented to Simmons in early 2020.

Flora had passed away in 2018, leaving her only son distraught without his “moral compass”, although the documents now provided a new insight into her formative teen years.

After the war had ended, Simmons’ mum had filed for restitution for the atrocities she endured and described her experiences in writing as part of the application.

Flora explained how she “had to wear a yellow Jewish badge on my chest” and was “not allowed to leave my apartment” without it.

She was taken to Ravensbruck concentration camp in 1944 which was “surrounded by barbed wire and guarded by the SS” and worked the fields gathering potatoes.

Later, she was moved to Flossenburg concentration camp, a journey during which some prisoners died.

Lastly, in March 1945 she was moved again to Mauthausen concentration camp and recalled in her sworn statement that she lived in a tent in this camp which was surrounded by an electric barbed wire fence.

Flora was the only member of her family to survive the war, with Simmons sharing in the CNN interview: “My entire family was killed off in the gas chambers of Nazi Germany”.

Simmons said his mother had told him the reason she survived was because she had learned how to cut hair as a 12-year-old and the SS commander’s wife needed someone to do her hair. 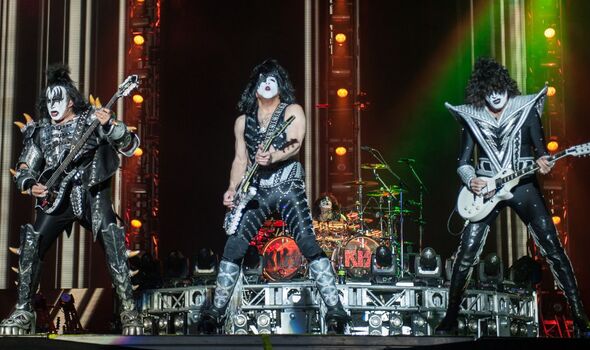 Once she had been liberated, Flora was taken to a nearby hospital and diagnosed with malnutrition.

This evidently stuck with the young woman as Simmons recalled she “always gave me an apple or something else to eat when I visited her”.

Flora and Jechiel’s marriage only lasted a few years, with financial troubles plaguing the family as they immigrated to Israel.

Simmons recalled how the family largely survived on rationed bread and milk and by age seven he had begun to pick wild fruit and sell it on the roadside.

Once his parents divorced, Flora immigrated with her only son to New York in 1958 where he would soon become a musical legend.