Thousands of mourners have descended on London to issue their final goodbyes to Queen Elizabeth II, who died on September 8, with queues stretching five miles long with waiting times of up to 24 hours. Kirstie Allsopp has since taken to Twitter and praised David Beckham – who queued for 12 hours to see Her Majesty’s coffin – but issued a brutal dig at those who have been accused of “queue jumping”.

Holly Willoughby, 41, and Phillip Schofield, 60, have been slammed on social media after the This Morning presenters were accused of skipping the line of mourners to see the Queen lying-in-state yesterday.

The ITV hosts cut a sombre figure as they filmed a segment for Tuesday’s episode of This Morning at London’s Westminster Hall.

The TV duo joined a separate queue for press and were taken to the press gallery, leaving Twitter users outraged as they skipped the long line.

Kirstie, 51, has since reacted to claims David, 48, waited 12 hours to get a chance to bid a final farewell to the Queen. 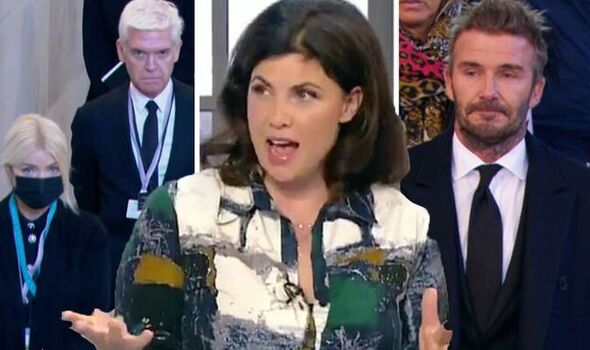 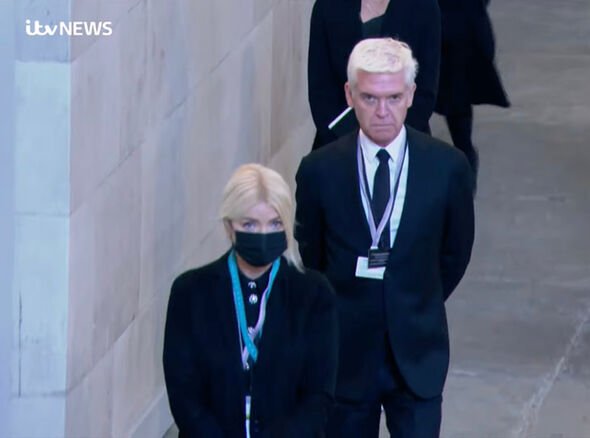 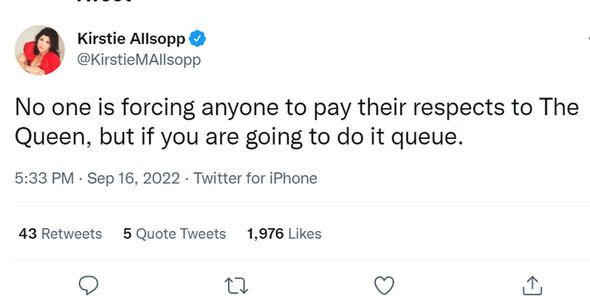 In view of her 877,000 followers, the Location, Location, Location presenter retweeted a post from journalist Caitlin Moran, which read: “Beckham confirmations coming in – if he has queued, unbelievable fair f**** to him.”

Kirstie then shared: “This with bells on, Good on David for queuing, and shame on those who think they are too important to queue.”

In a follow-up post, the Channel 4 presenter tweeted: “No one is forcing anyone to pay their respects to The Queen, but if you are going to do it queue.”

Social media users flocked to comment on the post, as Twitter user @panddthronton wrote: “If it’s true it’s very disappointing no reason even if doing it for This Morning should they get in without queuing.” 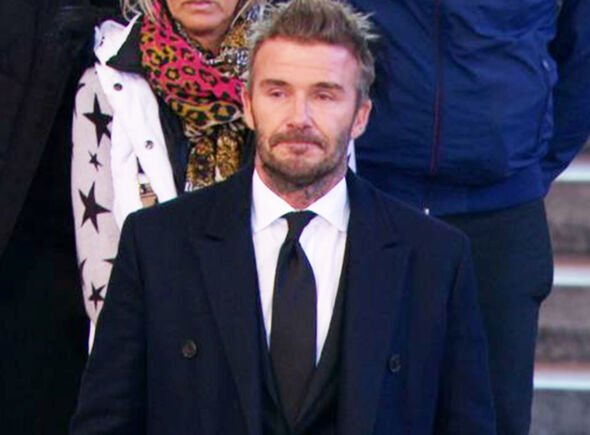 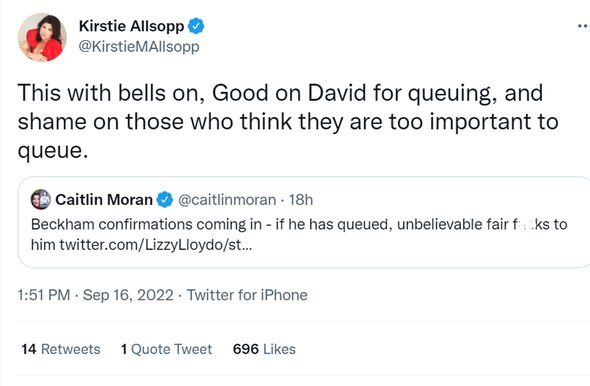 @jackiekemp penned: “Shame Holly and Phillip from This Morning couldn’t be bothered to queue when they are fit and able and let the elderly folk queue for so many many hours….”

@MrJAldern wrote: “Yes agreed! A number of celebs have jumped the queue because they are ‘filming’.”

However, others argued @LaraFish added: “I completely agree but if someone has a disability and can’t physically queue for hours they should be allocated a time based on what time they the ‘join’ the queue i.e if they join at 8am & current waiting time is 10 hours they’re given a time slot of 6pm.”

Hertstennistom added: “Holly and Phil to be fair have TV shows to present. Beckham? Retired.”

Meanwhile, David could not contain his emotions as he was pictured entering Westminster Hall wiping tears from his face.

According to reports, David had joined the queue from 2am and was said to have stopped to take pictures with a few of his fans.

He later stopped to speak with ITV News as the former professional footballer came to pay tribute to the Queen.

David commented: “I was very lucky. The most special moment for me was when I received my OBE. I took my grandparents with me who brought me up to be a huge royalist and of the royal family.

“To have them there and then I step up to get my honour and to talk to Her Majesty. I was lucky to have a few moments with her.”

David cried as he performed one final bow to the Her Majesty in Westminster Hall ahead of her funeral on Monday.