Home » Kevin Federline’s Feelings On Britney Spears’ Conservatorship Revealed: ‘He Wants Her To Be Happy’

Britney Spears’ ex-husband Kevin Federline only wants what’s best for the mother of his two kids, amid the pop star’s controversial conservatorship.

Kevin Federline wants his ex Britney Spears to be “happy and healthy.” The former backup dancer, who shares sons Sean, 15, and Jayden, 14, with Brit, has reacted to her controversial conservatorship, after the pop star addressed the court for the first time ever. Kevin’s attorney Mark Vincent Kaplan told E! News on June 25 that he wants the best for his ex-wife. “What is best for her, Kevin supports her in being able to do that. It doesn’t matter how positive of an effect a conservatorship has had if it’s having a deleterious effect and detrimental effect on her state of mind. So he supports her having the best environment for her to live in and for his children to visit with their mother in,” Mark explained. 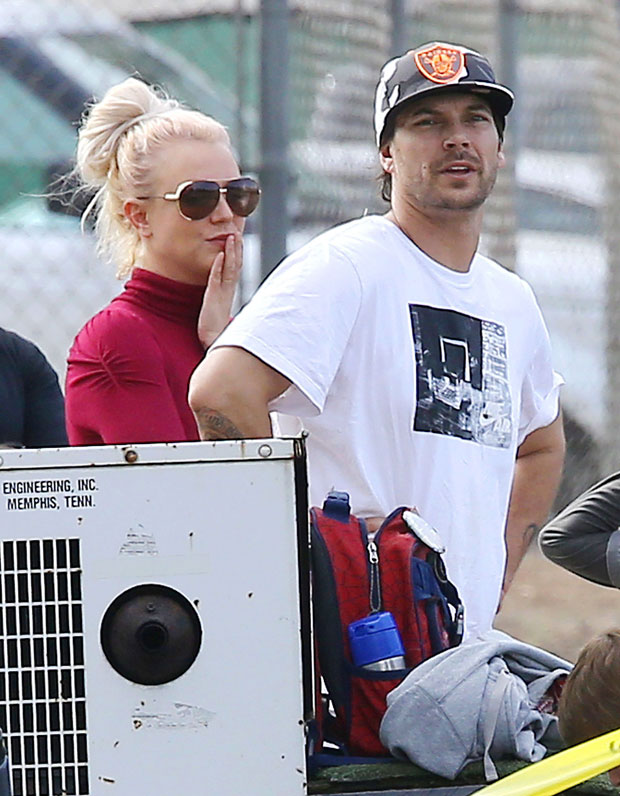 The former couple were married from 2004 to 2007, and Britney has been in a conservatorship since 2008, when her kids were only toddlers. Mark reiterated that, “Kevin feels that the best thing for his children is for their mother to be happy and healthy. And if she can do that without a conservatorship, that’s terrific.” He also noted that Kevin has “stayed clear of” conservatorship proceedings  and  “just hopes that everything goes well.”

“He wants her to be a happy person because that would make her a happy mother and obviously I think one of the takeaways we could all [hear] from her comments is that she is under a tremendous amount of pressure. And people under pressure sometimes don’t make the same decisions that they would if they were completely left to their own free will,” Mark explained. “If she is able to handle herself in a way that does not jeopardize herself or her children should they be in her custody, Kevin is very comfortable with the conservatorship being dissolved.”

In Brit’s first-ever public testimony about her ongoing conservatorship, she compared her father Jamie Spears, 68, to a “sex trafficker” who “loved” having control over her, adding she wished to “sue” her family. “They should go to jail,” Britney said during the 30 minute appearance, later claiming, “I have an IUD in my body right now that won’t let me have a baby and my conservators won’t let me go to the doctor to take it out…they don’t want me to have another baby.”

During the June 22 hearing, Britney said she “lied and told the whole world ‘I’m OK and I’m happy’ … I thought I just maybe if I said that enough maybe I might become happy, because I’ve been in denial. I’ve been in shock. I am traumatized. You know, fake it till you make it. But now I’m telling you the truth, okay? I’m not happy. I can’t sleep. I’m so angry it’s insane. And I’m depressed. I cry every day.”

Citizen since 2004, is an actor and producer famous for his rubbery …