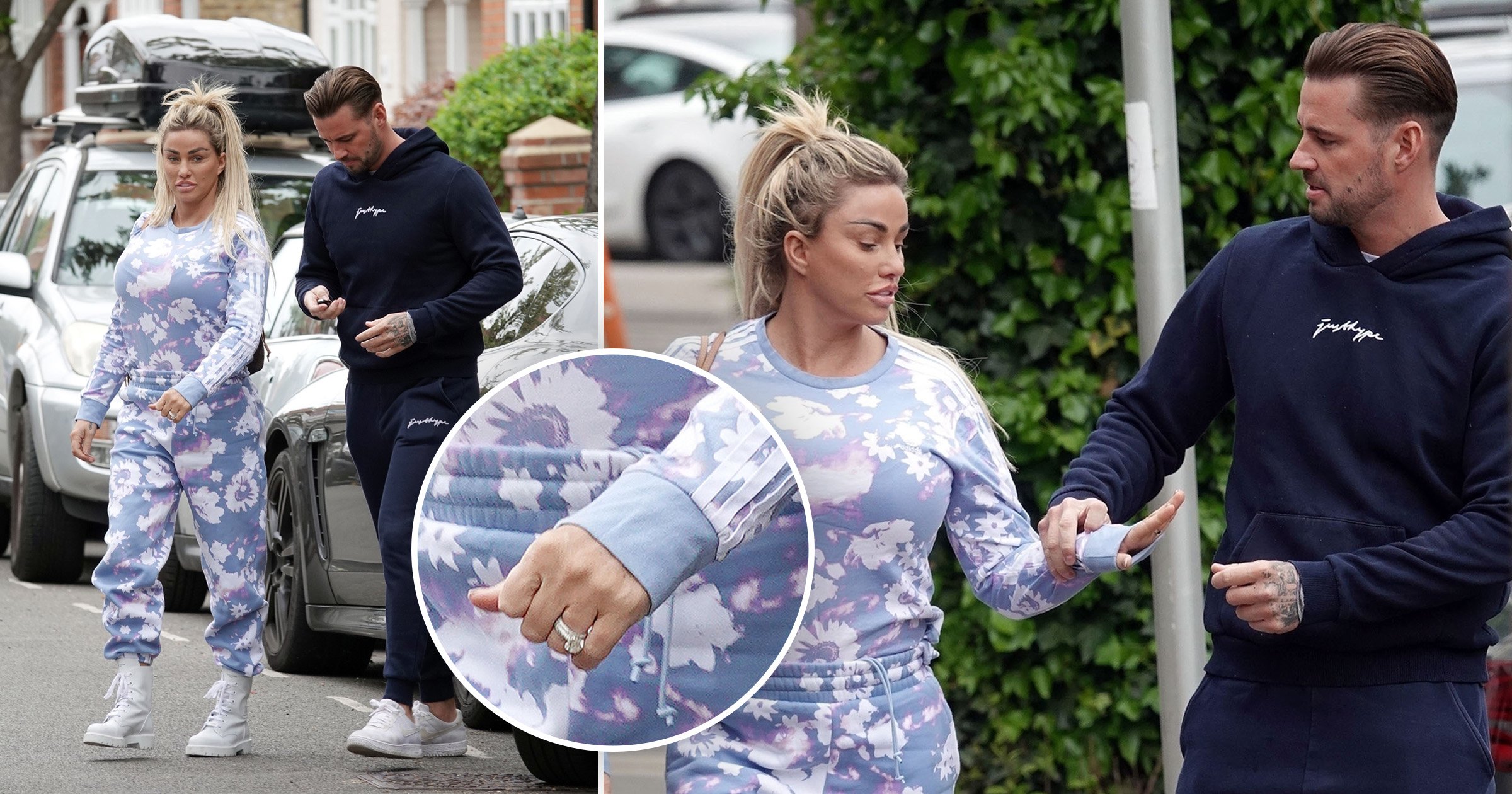 Katie Price has been seen out and about with Carl Woods wearing her dazzling engagement ring, following speculation that the couple had got back together after their supposed split.

In March, it was reported that Price, 43, and Woods, 33, had broken up 11 months after their engagement, with a source claiming at the time that their ongoing court cases had ‘just added even more stress to the situation’.

However, shortly afterwards the model implied that she and the car salesman were back together by sharing a loved-up snap of her fiancé on social media, seemingly setting the record straight.

In new pictures taken outside The Priory, Price was photographed with Woods, with the former I’m A Celebrity… Get Me Out Of Here! star wearing a matching floral jumper and tracksuit bottom set.

With her long blonde hair tied up in a high ponytail, she carried a Louis Vuitton bag while wearing a diamond ring on her left hand.

The pair were spotted walking across the street, with one photo showing Woods holding Price’s left wrist, possibly taking a close look at her ring.

In another shot, the mum-of-five peered down at her ring, stretching her fingers so she could admire it in all its splendour.

A day ago, Price uploaded a picture of herself on Instagram wearing the same top, beaming at the camera as she wrote in the caption: ‘Literally mucked out fed horses quick shower now in car time to sort my bed hair and face out.’

In recent weeks, speculation has been rife over Price and Woods’ relationship, with the pair seen holding hands at the airport following the reports that they had gone their separate ways.

Over the weekend, they headed to a nightclub with Price’s son Harvey for the teenager’s first personal appearance.

People at the club were charged £10 for the chance to meet the 19-year-old, who was photographed surrounded by groups of girls.

Price is rumoured to have received £6,000 for her son’s appearance, which will be put in a bank account for his future.

Harvey previously admitted he was desperate to go to a nightclub with his mum and Carl, when Price asked him: ‘Who do you want to go with you in the nightclub?’, to which he replied: ‘Mummy and Carl.’