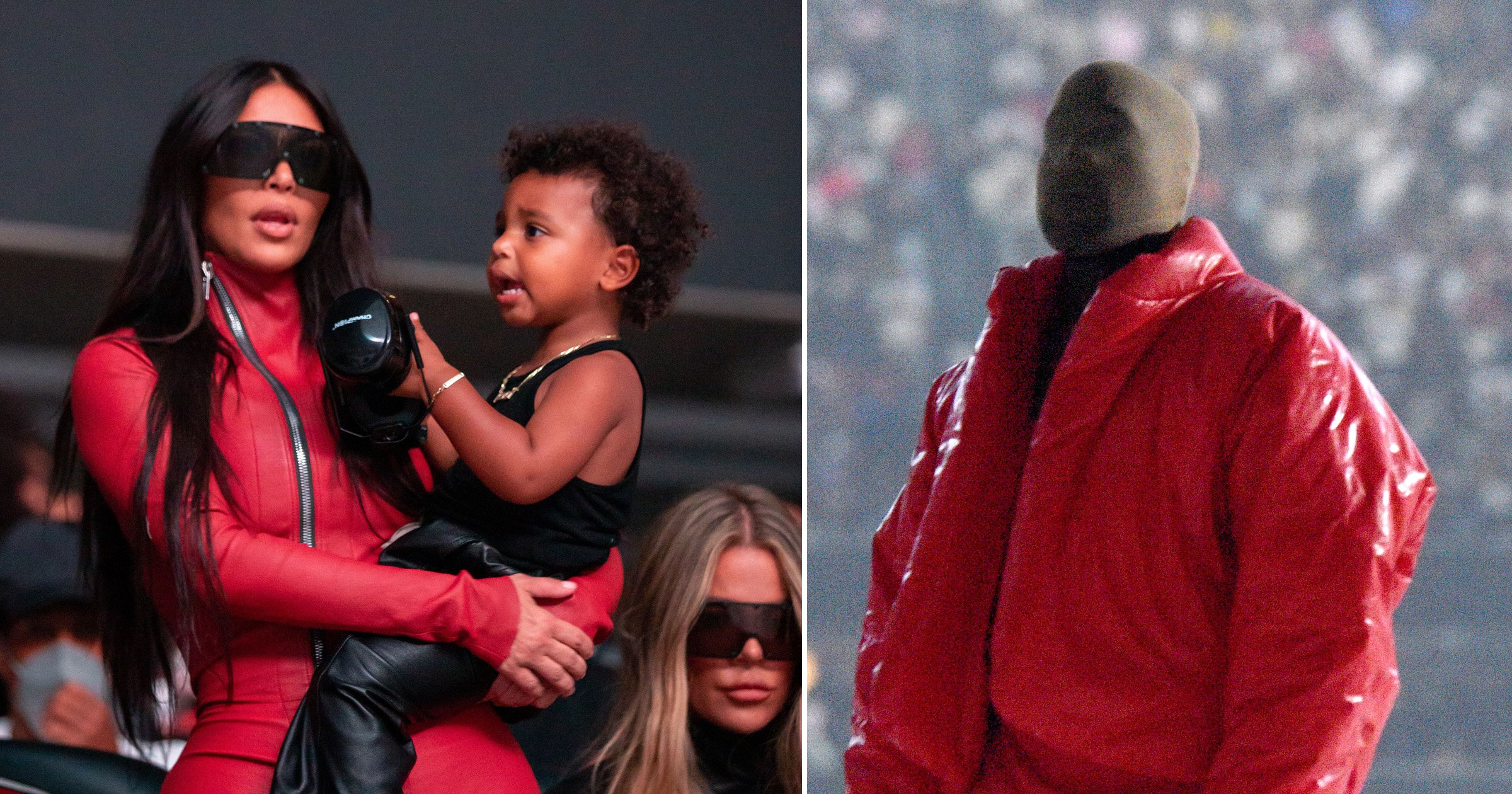 Kanye West got emotional as he addressed ‘losing his family’ at his album listening party, in front of estranged wife Kim Kardashian.

The 44-year-old rapper launched his new album Donda on Thursday with a packed listening party held at the Mercedes Benz Stadium in Atlanta, with Kim, 40, making a surprise appearance with her and Kanye’s children North, eight, Saint, five, Chicago three, and Psalm, two.

While the album wasn’t even released after the event, it was completely sold out and was also live-streamed for fans.

It was an emotional night for Kanye, who dropped to his knees after performing Love Unconditionally, which seems to address the end of his marriage.

The track opens with the voice of Kanye’s late mother Donda West offering words of advice on love and marriage.

While Kim filed for divorce from Kanye in February after six years of marriage, it seems that she is still supportive of her ex.

The make-up mogul was pictured in the stands, coordinating outfits with her ex by wearing an all-red look and dramatic sunglasses – although didn’t wear a matching brown balaclava.

Kim was seen holding her son Psalm in her arms during the show, with the toddler wearing a pair of headphones to protect his ears.

Her sister Khloe, 37, was also in attendance, as was Kim’s bestie Jonathan Cheban, 47.

Despite their break-up, Kim previously said she would always be Kanye’s ‘biggest fan’, telling Andy Cohen: ‘I respect him so much and you know, that was my friend first, first and foremost, for a long time, so I can’t see that going away.

‘I will forever be Kanye’s biggest fan. He’s the father of my kids, Kanye will always be family.’

The pair began dating in 2012 before tying the knot two years later, but over the past year, it was suspected there were problems in the Kardashian-West marriage, due to Kanye decamping to Wyoming during his presidential campaign and his erratic tweets about his wife and mother-in-law Kris Jenner.

The estranged couple are expected to share joint custody of their four children.

Kanye had initially teased the release of Donda, his 10th studio album, a year ago, but despite launching the album on Thursday, its official release has now been pushed to August 6.

Although celebrities seem to spend most of their time travelling from …