It’s gotta be stressful for any actor to film their first sex scene. But we really feel for Kaley Cucoco, who recently shot hers for HBO Max’s “The Flight Attendant,” after more than a decade of playing Penny on the very much PG-rated sitcom, “Big Bang Theory.” That her onscreen love interest was Michiel Huisman — AKA Daenerys Targaryen’s lover circa Seasons 4 and 5 in “Game of Thrones” — didn’t help matters. “I had never done any sort of sex scene, ever,” Kaley recalls in The Hollywood Reporter’s new comedy actress roundtable, “… and I had one in ‘Flight Attendant’ with Michiel. “He’d been in ‘Game of Thrones,’ so he’d done all these scenes, and I just had no idea. When they called ‘cut,’ I’d be hovering over him like I was on a toilet. I’m like, ‘I’m not touching anything, I’m not looking at anything,'” she continues, laughing. “I didn’t know what to do. He was like, ‘You’re acting so weird, you’re making this way weirder than it needs to be.’ But I was totally out of my element.” Maybe that awkwardness worked to Kaley’s advantage, though. The star and executive producer’s Season 1 performance ultimately earned her Best Actress nominations from both the Critics Choice Awards and the Golden Globes. Kaley, Michiel and their “Flight Attendant” costars were also nominated for an ensemble Screen Actors Guild Award. The dark comedy’s second season is due out next spring.

Jennifer Aniston says she and ex, Brad Pitt, are ‘buddies’

Despite what you may have read, everything is cool between Jennifer Aniston and her ex-husband, Brad Pitt — and no, that doesn’t mean the two are headed for a Bennifer-esque reunion. During a chat about “The Morning Show” on SiriusXM Radio with Howard Stern this week, the shock jock asked about Jen’s experience doing a live table read of 1982’s “Fast Times at Ridgemont High” with Brad this past September. The charity event featured Jen reading as Linda while Brad played the character of Brad — in a scene where Brad’s having a little teenage fantasy about Linda, which she walks in on. “It was absolutely fun. Brad and I are buddies, we’re friends,” Jen said. “And we speak, and there’s no oddness at all, except for everyone that probably watched it and was wanting there to be, or assumed there to be. We had fun, and it was for a great cause.” The table read was a fundraiser for CORE, the Sean Penn-founded nonprofit that’s spent much of the past year providing free testing and vaccinations for COVID-19 in communities across the country. Brad, 57, and Jen, 52, tied the knot in 2000. They split five years later but have made it clear in recent years that they’re pals.

The #FreeBritney movement kicked into major overdrive this week after Britney Spears addressed the judge overseeing her 13 years-long conservatorship and detailed how “abusive” the experience has been. Among the many conversations she sparked, one that’s continued well into the next day came out of Britney’s assertion that her conservators, including her father, Jamie Spears, will not allow her to marry her long-term boyfriend or have more children. “I want to be able to get married and have a baby,” Britney said. “I was told right now in the conservatorship, I’m not able to get married or have a baby. I have [an] IUD inside [me] right now so I don’t get pregnant. I wanted to take the IUD out so I can start trying to have another baby but this so-called team won’t let me go to the doctor to take it out because they don’t want me to have any more children.” Advocates for reproductive freedom and the rights of people with disabilities have been up in arms about the statement. “People with disabilities deserve the same rights to reproductive freedom as everyone else,” the ACLU tweeted after the hearing on June 23. “Interfering with the right to decide when, how, and whether to have a child is extremely invasive, and part of a shameful history of denying disabled people the right to bodily autonomy.” Planned Parenthood, meanwhile, retweeted a post from its Action Fund president, Alexis McGill Johnson, that read: “We stand in solidarity with Britney and all women who face reproductive coercion. Your reproductive health is your own — and no one should make decisions about it for you. #FreeBritney.” According to Judy Mark, the president of Disability Voices United, someone under a conservatorship has “fewer rights than someone who is in prison,” per USA Today. The outlet also checked in with the Autistic Self Advocacy Network’s legal director, Sam Crane, who noted: “There is a very long history in the United States of forced sterilization of people – especially women of color – with disabilities or perceived disabilities.” Britney, 39, has been under the conservatorship since 2008.

In case you missed the common theme, Selena Gomez named her new beauty brand, her new album and one of her new singles, “Rare.” She also has the word tattooed on her neck. It turns out the word’s special meaning for the singer isn’t tied to how she feels about herself so much as it is a goal for her own view of herself. As Selena tells Vogue Australia, that’s largely because of how she’s felt in previous relationships, many of which were lived out under the spotlight when she was still a teen. “I think most of my experiences in relationships have been cursed,” Selena says. “I’ve been way too young to be exposed to certain things when I was in relationships. I guess I needed to find what was that word for me, because I felt so less than in past relationships, and never really felt equal. And so that word to me – when I first heard it [used in the single ‘Rare’] with Nolan [Lambroza], one of the writers, I just said this is what I want to feel about myself.” Though she doesn’t tell Vogue whether she’s involved with anyone currently, she does share some hopes for how people connect to one another as the world begins to reopen. “I hope people understand how fragile life is, but how beautiful it is at the same time,” Selena muses. “I’ve seen people become lighter, more patient, actually [having] a lot of intellectual conversations, real substance.” She adds: “It’s so special when you’re with someone. You never get to value that, or you’re so involved in your phone. I can just tell that the world is craving connection with people, and to be honest, I think we lacked that.”

For Idris Elba, the many (… many) rough spots 2020 brought along were manageable because at the end of the day, his wife, Sabrina Dhowre Elba was right there with him. “It was a challenging year, but ultimately, when you look to the side and you’ve got someone that’s been there, ride or die, that’s really comforting,” Idris recently told People. Now, he and Sabrina hope their new podcast, “Coupledom,” can help other couples learn to make their relationships work — or keep them working — while the newlyweds continue learning the art of coupledom themselves. The Audible series features Idris, 48, and Sabrina, 33, in conversation with other celebrity duos about what does and doesn’t work when it comes to keeping relationships and partnerships moving in a positive direction. “We really learned a lot. It’s almost selfish,” Idris admitted. “It’s like, ‘Oh, tell us some more.’ We hope that other people can really get something from it in the same way that we did.” Sabrina explained that the podcast grew organically out of conversations they were having with other couples and into something about collaborations outside the intimate realm, as well. “We quickly realized that that community is so much more than just romantic and reaches so many different kinds of partnerships. It just became this great conversation we wanted to share,” she said. “Coupledom” is part of the Elbas’ newly launched, relationship-focused lifestyle brand, S’able Labs. They’re also planning to debut a line of wellness products before the end of the year.

Courteney Cox: ‘It hurt’ being left out of ‘Friends’ cast Emmys noms

During all those years on “Friends,” Courteney Cox quietly hoped for the same kind of accolades her peers were getting. Specifically — an Emmy Award nomination. Over the course of 10 seasons, Lisa Kudrow was nominated six times and won once, in 1998, for best supporting actress in a comedy series. Jennifer Aniston was nominated for five “Friends” Emmys and won one for best lead actress in a comedy in 2002. David Schwimmer, Matthew Perry and Matt LeBlanc were all nominated for their performances in the longr-unning show, too, though they never won. “Yeah, it always hurt my feelings,” Courteney admitted to Howard Stern this week on his SiriusXM Radio show, per Insider. “When every single cast member was nominated but me, it definitely hurt my feelings. I was happy for everybody, and then when it was finally like, ‘Oh, I’m the only one?’ It hurt.” Finally, though, in 2010, Courteney got some love from the Golden Globes for her show, “Cougar Town.” “The only thing that made me feel good — because they’ve all won and they’ve gotten so many accolades — I got nominated for ‘Cougar Town’ the first year [out] — a Golden Globe,” she recalled. “And I want to say, ‘Oh, who cares?’ It meant everything to me.”

Blink-182 bassist and frontman Mark Hoppus is getting support from his Blink-182 bandmates and friends after revealing he’s been diagnosed with an undisclosed form of cancer. “For the past three months I’ve been undergoing chemotherapy for cancer. I have cancer,” Mark shared on social media on June 23. “It sucks and I’m scared, and at the same time I’m blessed with incredible doctors and family and friends to get me through this. I still have months of treatment ahead of me but I’m trying to remain hopeful and positive. Can’t wait to see you all at a concert in the near future. Love to you all.” In a statement to E! News, drummer Travis Barker responded to Mark’s announcement by saying, “Mark is my brother and I love and support him. I will be with him every step of the way on stage and off and can’t wait for us to play together again soon.” Multi-instrumentalist and singer Tom DeLonge, whose tenure with Blink-182 ended in 2015, tweeted: “I too, have been aware of @markhoppus’s cancer diagnosis for awhile now. And to add to his own words that he used today, I would also like to say that he is strong, and a super-human who is pushing through this difficult obstacle with a wide-open heart. #WeHaveHisBack.”

Cher sees ‘a newcomer’ starring in her biopic

When work first began on Aretha Franklin’s new biopic, “Respect,” the Queen of Soul handpicked Jennifer Hudson to play her on the big screen. The choice wasn’t a big surprise, given Jennifer’s past Oscar and Grammy Award wins. But that’s not the direction Cher wants to go for her own forthcoming biopic, which she announced was in development shortly before her 75th birthday. In a newly published interview with Variety, Cher said she sees a relatively unknown performer in the starring role. “We were talking about it yesterday, and we’re just trying to think of [actors],” Cher revealed, noting that casting has yet to begin. “I said, ‘I don’t think we know her yet,'” she added. In addition to the biopic, Cher’s currently working on her memoir. She’s also rumored to be collaborating on something music-related with rapper Saweetie. “I don’t know how she is with everybody else, but she and I had the best time together. And the thing that we did is going to be big,” Cher said. She didn’t reveal any more about the project. 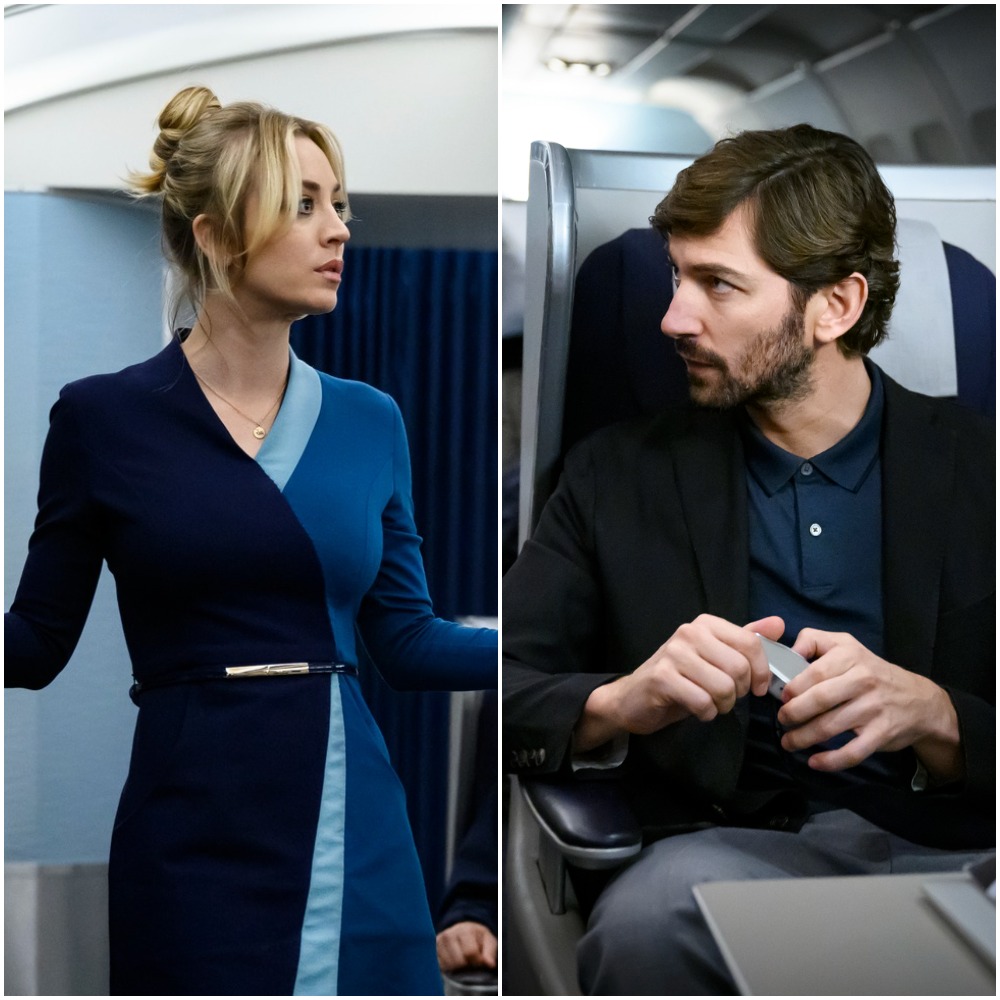 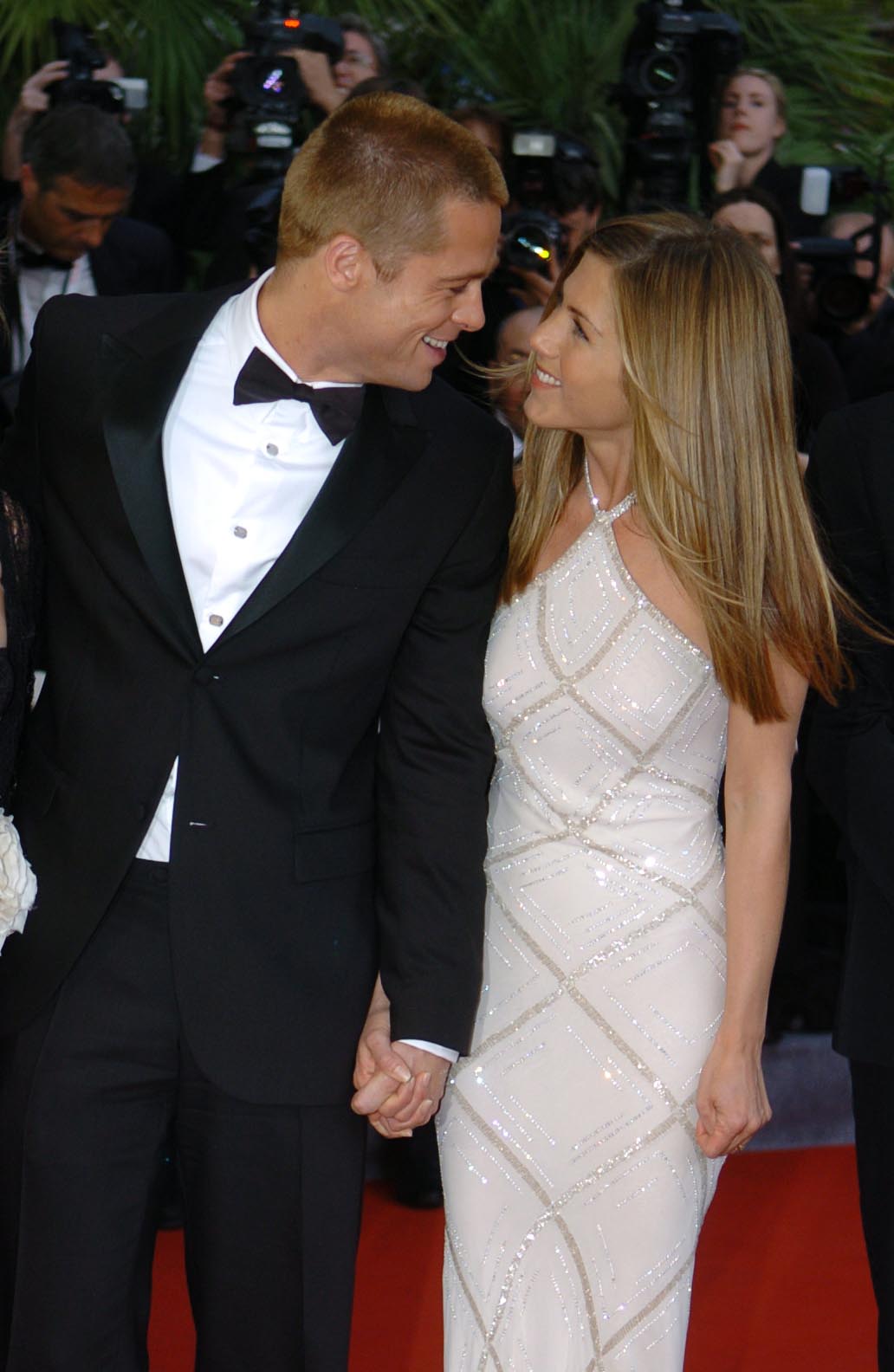 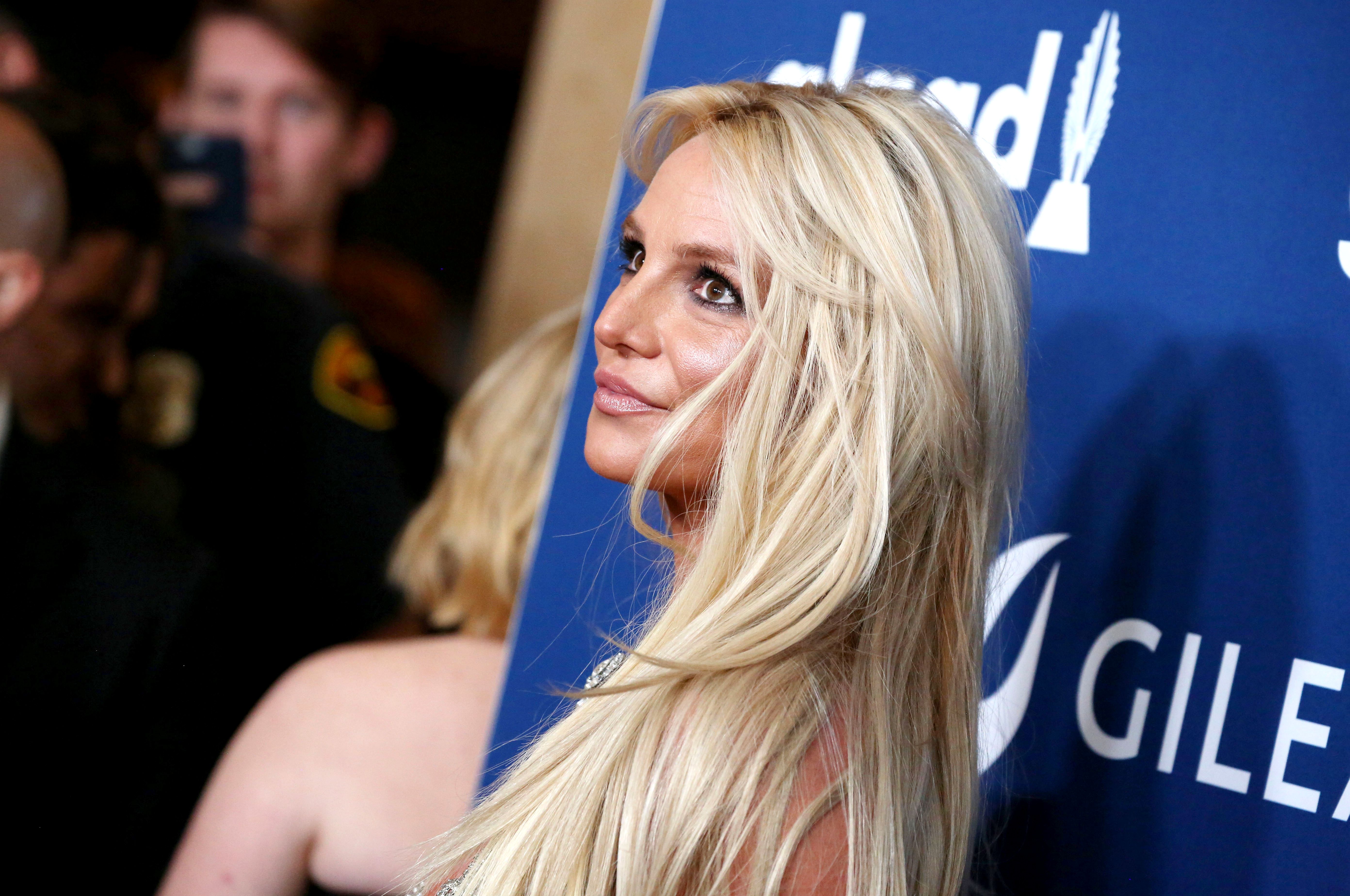 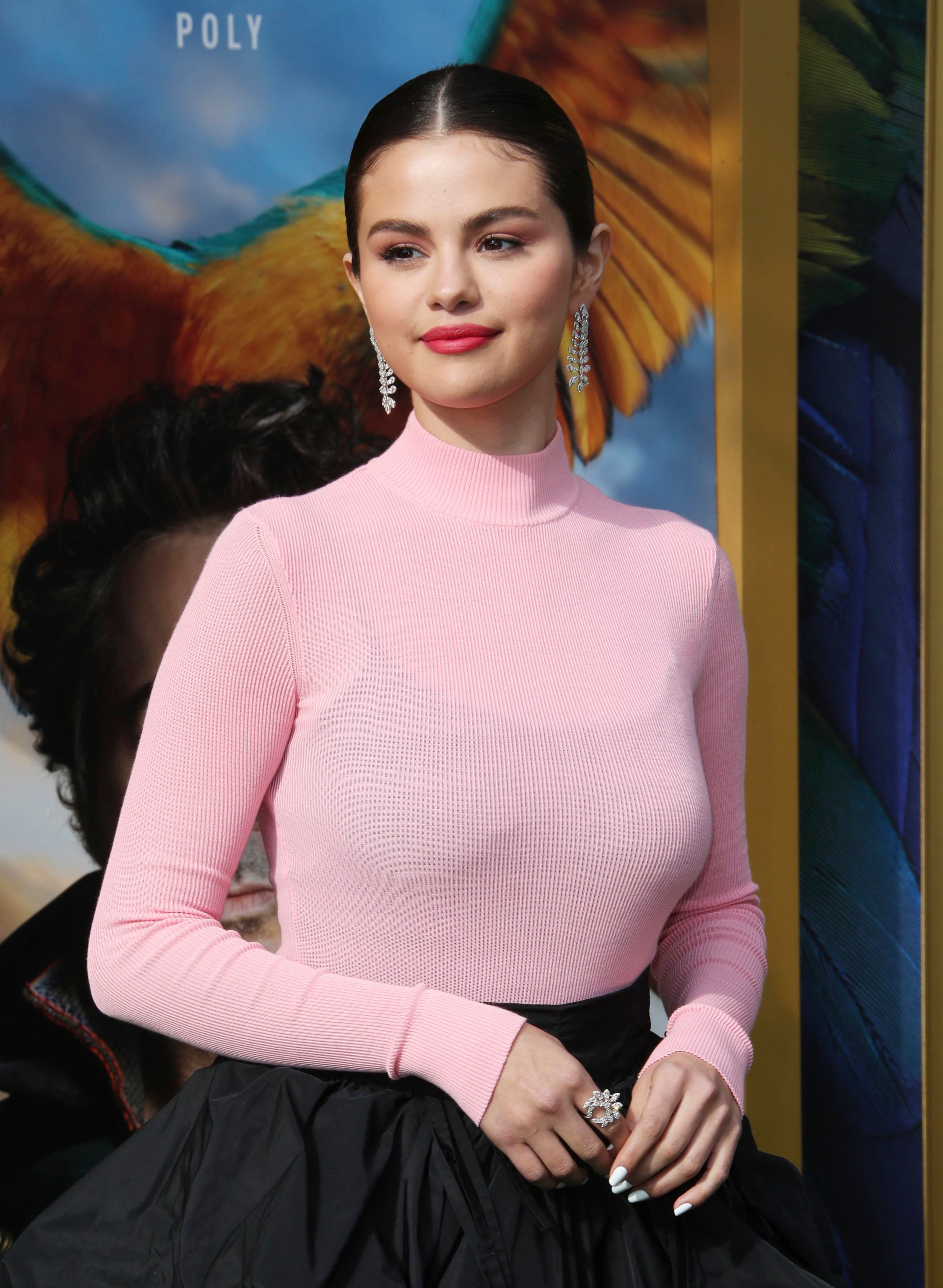 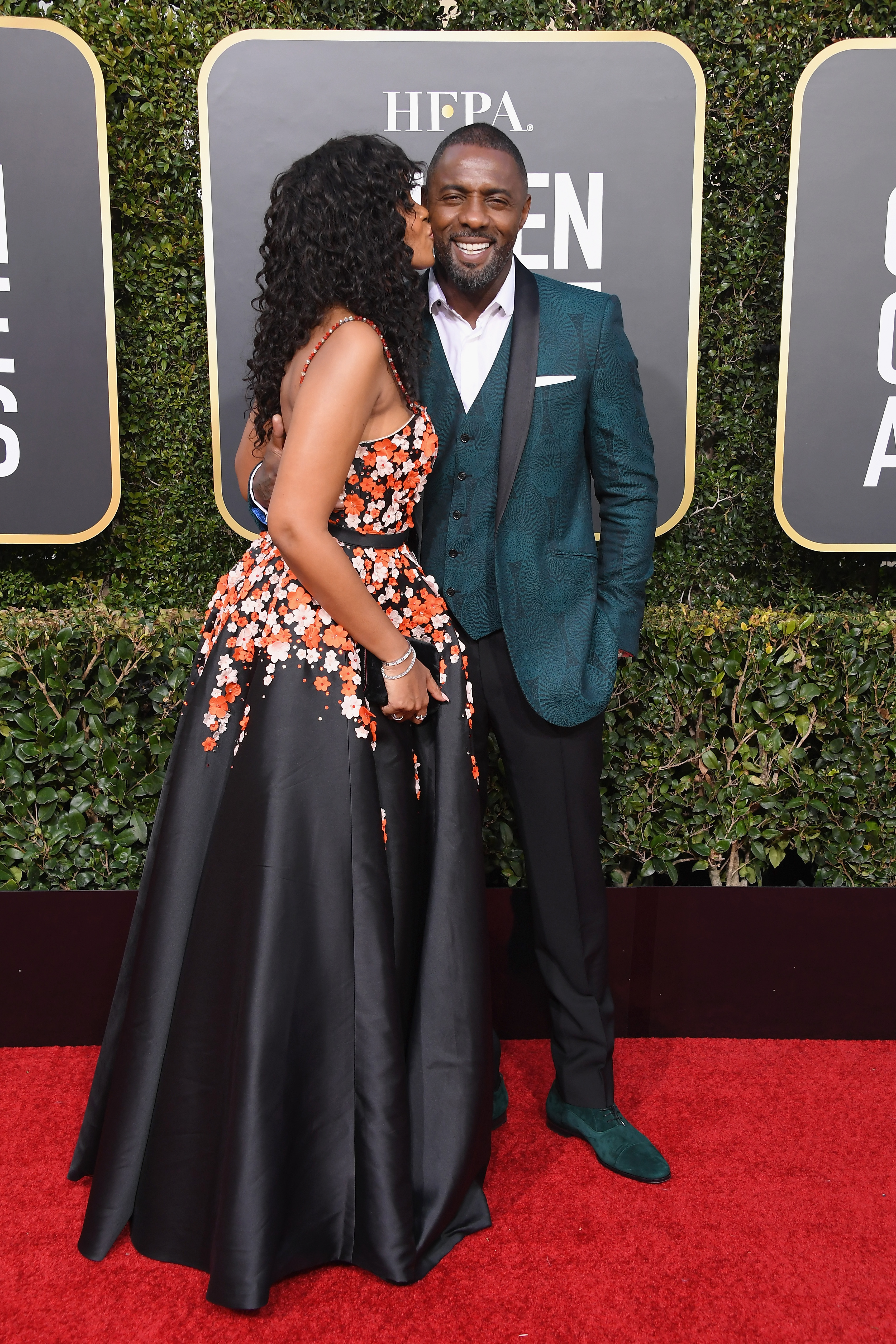 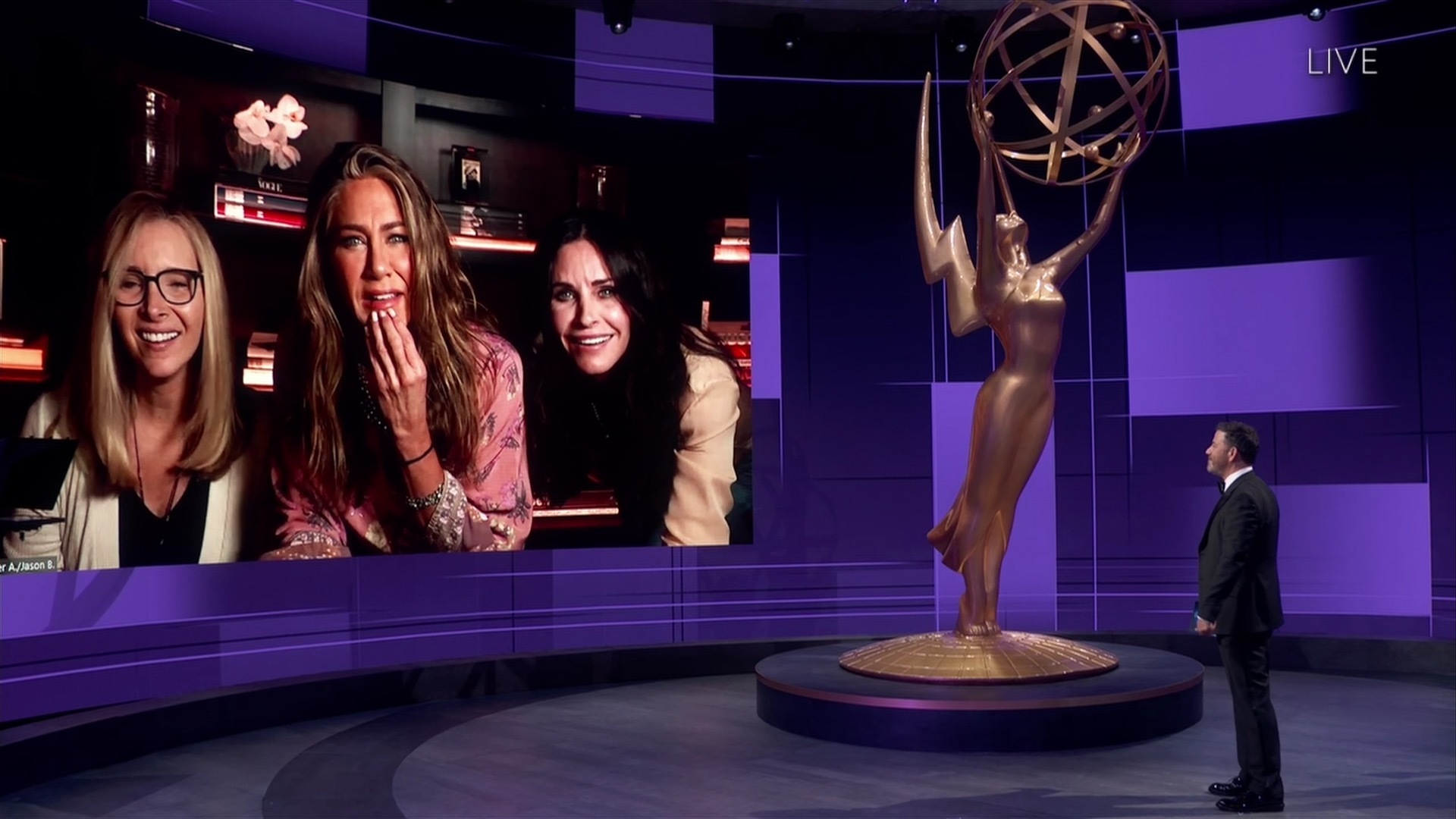 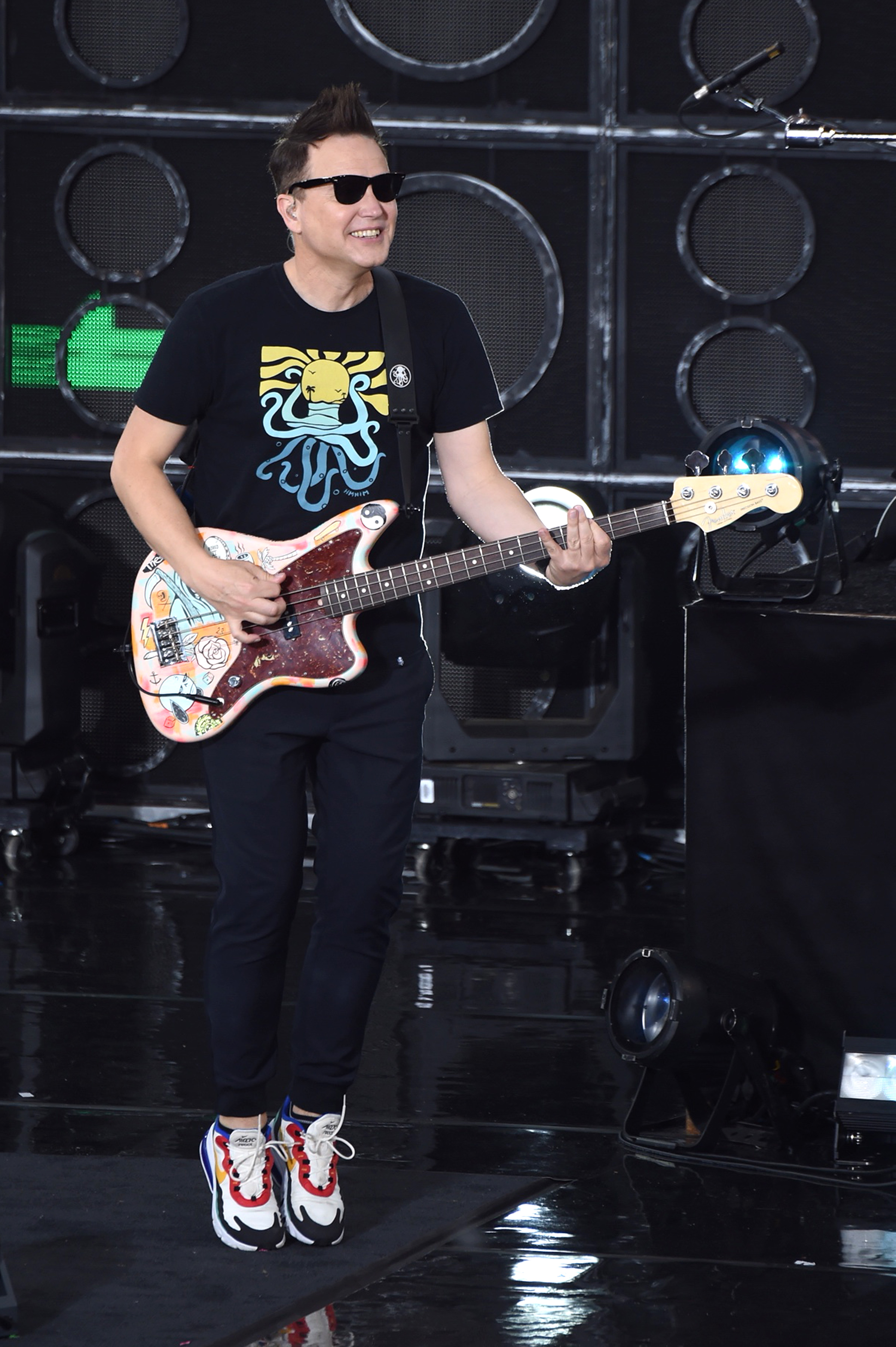 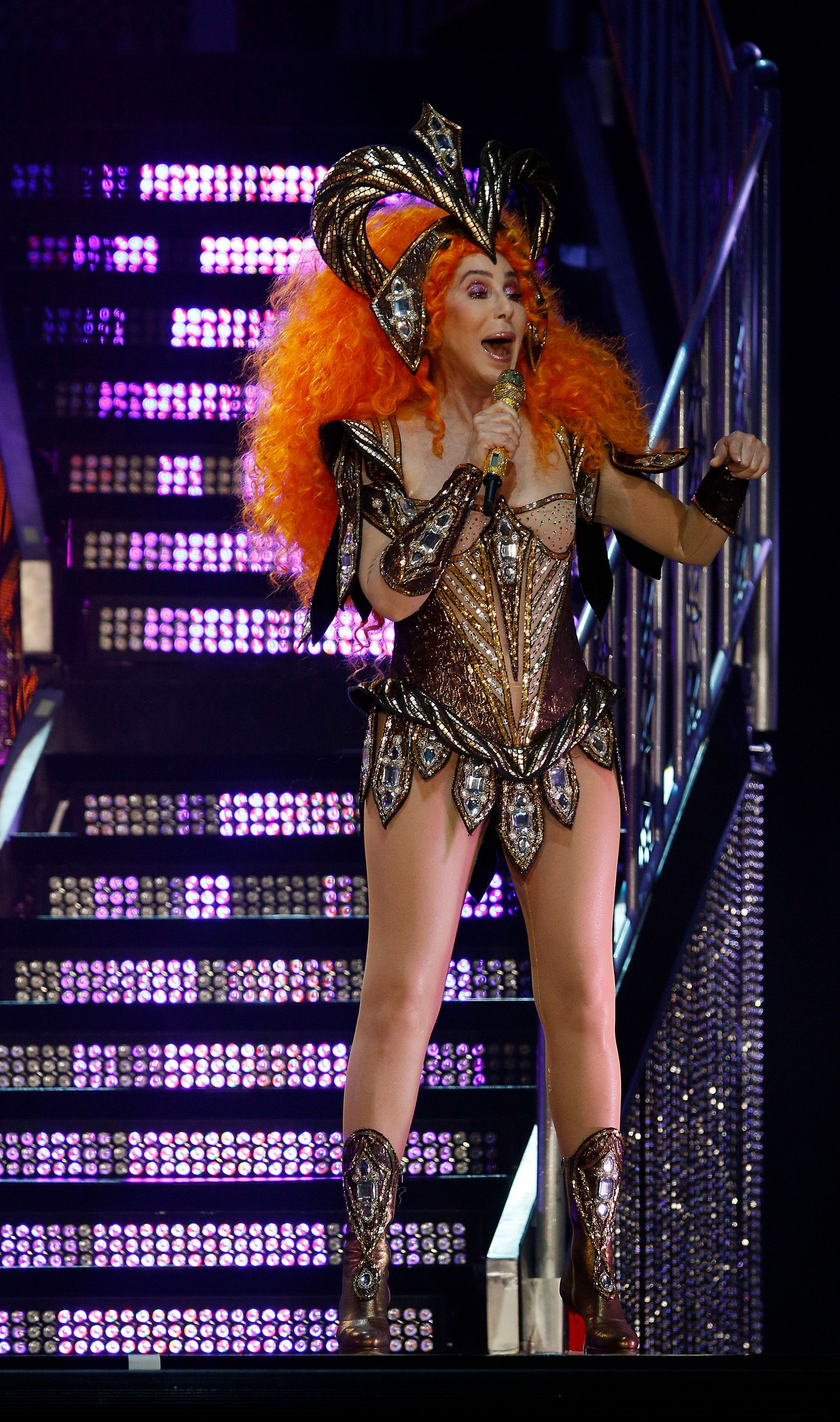 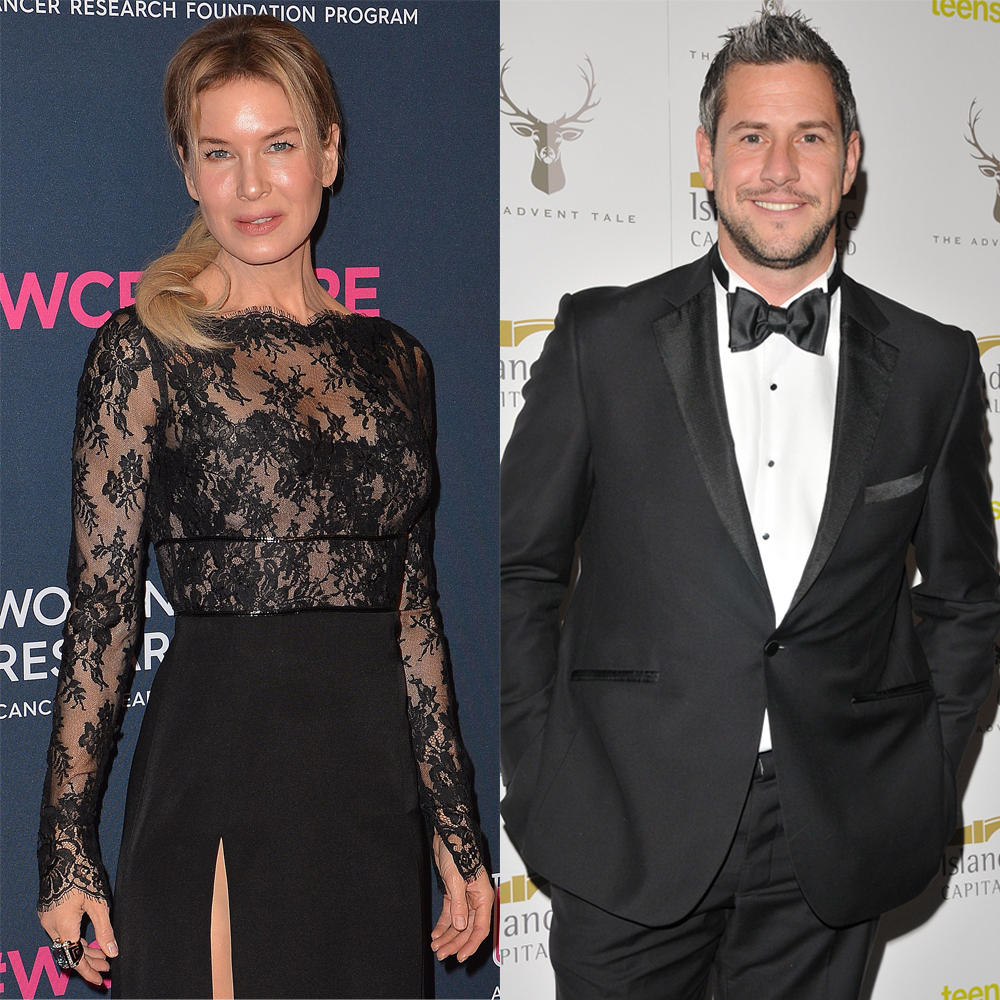 Feel free to take chances, and take risks, and dare …