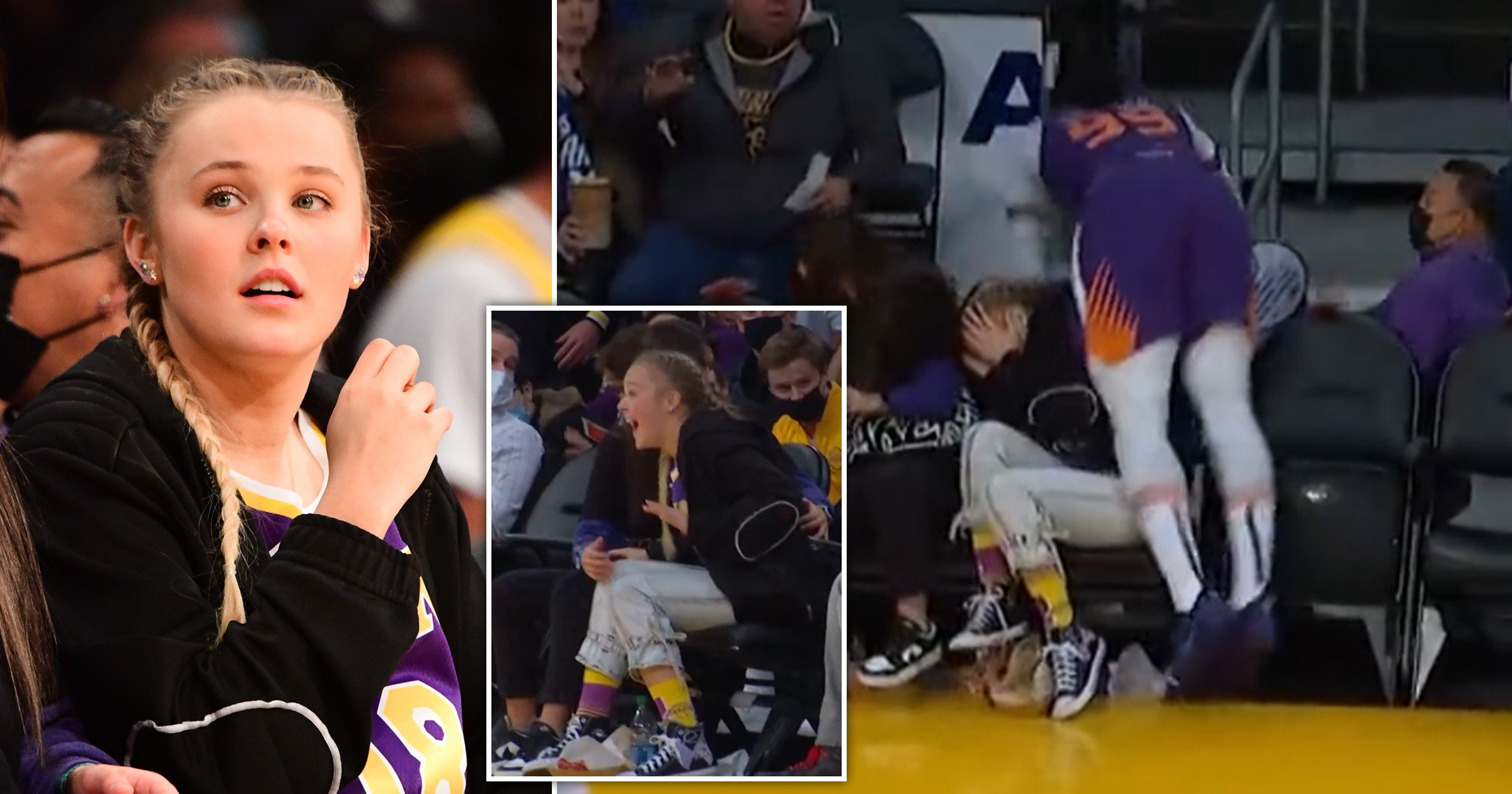 There seems to be absolutely nothing that can take a smile off of JoJo Siwa’s face – even nearly being taken out at an basketball game.

The YouTube star and singer, who recently competed on Dancing With The Stars, sat courtside for a Los Angeles Lakers game.

However, when a Phoenix Suns player threw himself towards the ball in JoJo’s direction, he seemed to overshoot, tumbling across JoJo, who managed to duck away.

JoJo could be seen laughing off the incident in the video, with the Phoenix Suns reaching out to her in a tweet, writing: ‘How’s it going down there, @itsjojosiwa?’

Sharing the video, the 18-year-old joked: ‘Quite well.’

She added on her Instagram Stories: ‘It was really cool. Also I just saw my life flash before my eyes. If I [hadn’t] ducked, I would have been out – down for the count!’

The Boomerang singer went on to say that it ‘really spiced up the day’ and we can only imagine.

JoJo hit up the game with her TikTok star Katie Mills, 19.

It comes after she and her then-girlfriend Kylie Prew decided to go their separate ways earlier this year, with the star saying on Paris Hilton’s podcast: ‘I have yet to talk about this officially, publicly, but we broke up. But she is literally still my best friend. I talked to her yesterday, she just got a new puppy. She’s awesome. She’s having the time of her life, I’m having the time of my life.’

She added: ‘I’m really lucky that I didn’t lose her completely because, you know, even though relationships end, friendships don’t have to end.’