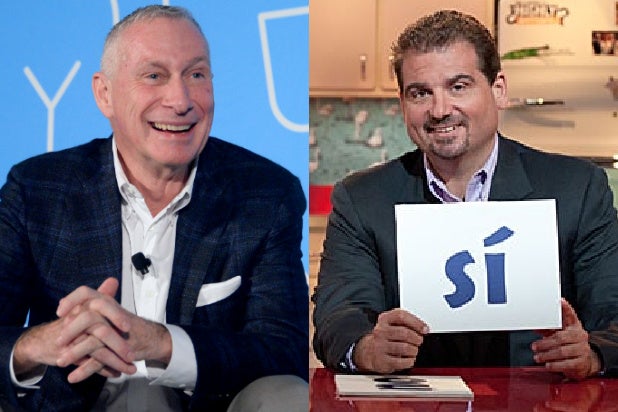 Former ESPN chief John Skipper and Dan Le Batard, the former host of ESPN network’s “Highly Questionable,” will be launching a sports-focused content company together in the coming weeks.

Skipper, who resigned from ESPN in 2017, would remain in his current position as executive chair of DAZN Group but shift focus from daily oversight of the new company, according to  the Miami Herald, which suggested that Kevin Mayer, a former high-ranking Disney exec who now is an adviser to DAZN parent company Access Industries, would take over his responsibilities.

According to Sports Business Journal, Skipper and Le Batard’s are looking to sell Le Batard’s new podcast, which he launched after his recent ESPN exit, and hire a staff to create sports-focused editorial content for their company, with the expectation that the scope of content could branch out into other topics besides sports.

Representatives for Skipper and DAZN Group did not immediately respond to TheWrap’s request for comment.

Le Batard, who was hired by Skipper in 2011 to join ESPN, left his longtime home at the network earlier this month, a decision that was announced Dec. 3. That followed his clash with ESPN executives when the network laid off Chris Cote, a producer on “The Dan Le Batard Show With Stugotz.” Le Batard called the move “the greatest disrespect of my professional career” on air, volunteering to pay Cote’s salary himself.

In a lengthy statement, Le Batard thanked Disney and ESPN for “a quarter century of absurd blessings,” adding: “To our loyal army of concerned fans, and to everyone who walked along and played an instrument in our Marching Band to Nowhere, know that it is a very exciting time for us, not a sad one. And that you’ll be hearing our laughter again soon enough.”

Dan Stevens may have been an unruly child, but he still played Macbeth …