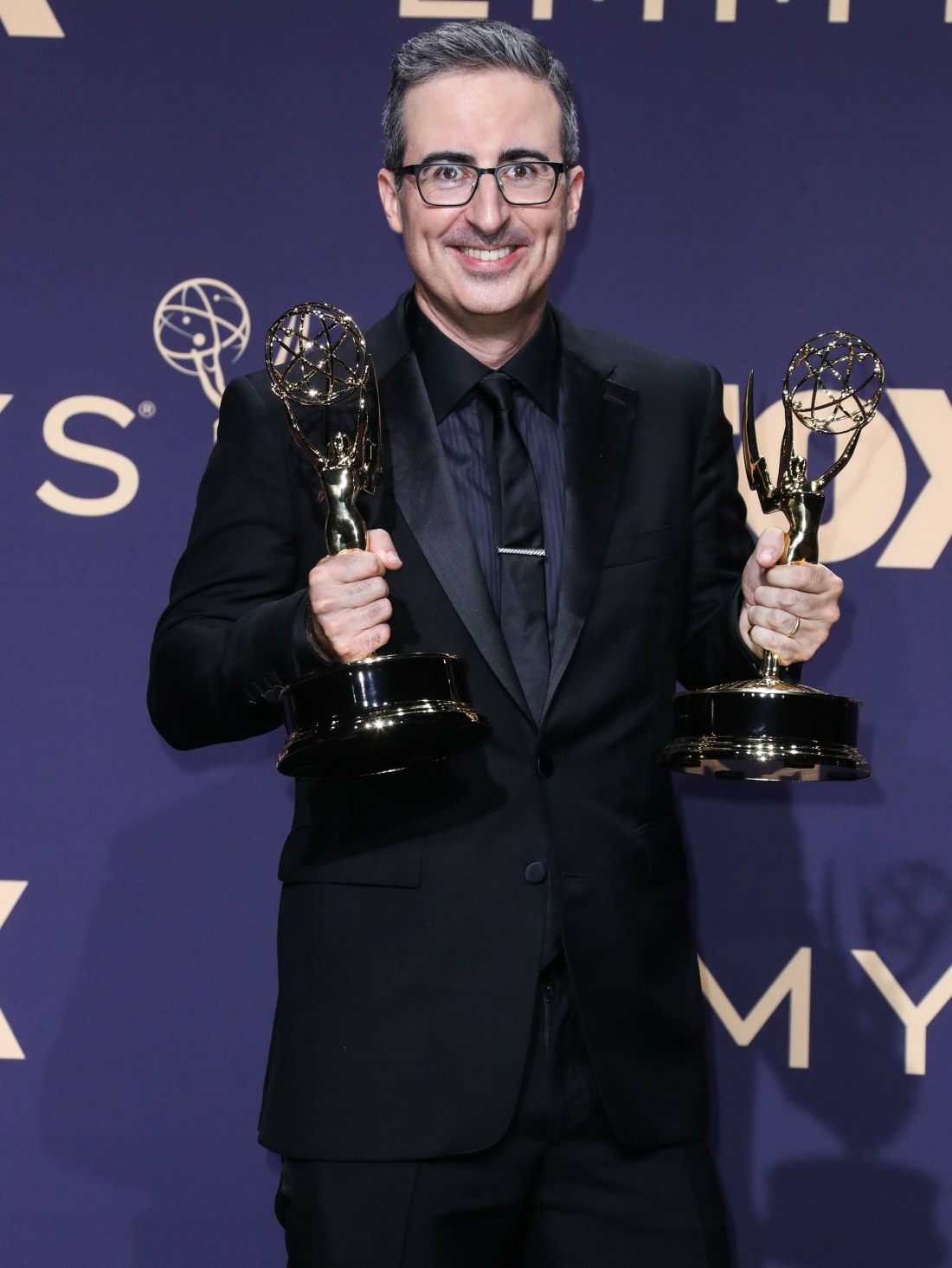 I forgot that John Oliver is finally an American citizen! He went through an extended, years-long naturalization process even though he’s married to an American and his son is an American. He became a citizen in December of last year, so the 2020 Election was his first time voting in a general election in America. He told Stephen Colbert that he came close to tears:

“Last Week Tonight” host John Oliver talked to fellow late-night comedian Stephen Colbert Monday about voting for the first time as a U.S. citizen and revealed he got choked up in the voting booth.

“Honestly, it was amazing,” Oliver told his fellow “Daily Show” alum. “As an immigrant who had just got his citizenship in December of last year, I was waiting for that to feel real. When you worry about your immigration status all the time, even getting your passport still doesn’t feel real because you haven’t tested it against a system.”

Oliver moved to the U.S. from England in 2006, was approved for U.S. residency (a green card) in 2009 and became a naturalized U.S. citizen last December. The Emmy winner’s journey through the citizenship process has been a long one, but it has also provided him with plenty of comedic fodder.

On Monday’s “The Late Show,” the comedian opened up with sincerity about being nearly moved to tears while casting his ballot for this year’s presidential election.

“Standing in line, I thought maybe this would be it, and I didn’t feel it,” Oliver told Colbert. “Giving them my name and getting the ballot, I didn’t feel it. Scanning it into the machine and the machine saying, ‘Your vote has been counted,’ I nearly burst into tears. That is the truth. My eyes got misty and I thought, ‘I don’t know if I can cry in a voting station.’”

The political commentator said he waited for an hour and a half at his polling place in New York City. He pointed out how, in countries like his native England, long lines to vote are never the norm.

“I think lines have been normalized in America. I think you think that everyone else stands in line for hours. They don’t,” Oliver told Colbert. “That you have to stand in line for that long is an absolute disgrace, wherever you are. Nobody else has to stand in line for seven, nine, 11 hours, whatever you’re hearing about. It’s absurd.”

[From The LA Times]

He’s absolutely right about the lines, although to be fair, I think the pandemic has completely changed the way America will do elections in the future. So many states will be more reliant on absentee ballots, and so many states will do more to encourage early voting polling stations for weeks before Election Day. This year, there weren’t *that* many stories of crazy-long lines or crazy-long waits. But Oliver is right, it doesn’t have to be this way at all. As of Oliver becoming a naturalized citizen and voting for the first time… I love naturalization stories and I love “first-time voting” stories. They’re all so patriotic, and now I feel like I’m going to cry too!

Beauty and the beast mrs potts

Characters Uploaded by videoam1tureDisneys 2017 Beauty and The Beast…