Joe Rogan is the host of the popular podcast The Joe Rogan Experience, as well as a seasoned actor, comedian, and MMA enthusiast. On his show, Rogan regularly welcomes a wide variety of guests, from conspiracy theorists and politicians to fellow actors and performers. Although he is known for his open-minded conversations with others, Rogan has been involved in several controversies over the years — most notably, the host has made headlines due to his remarks about those in the transgender community. 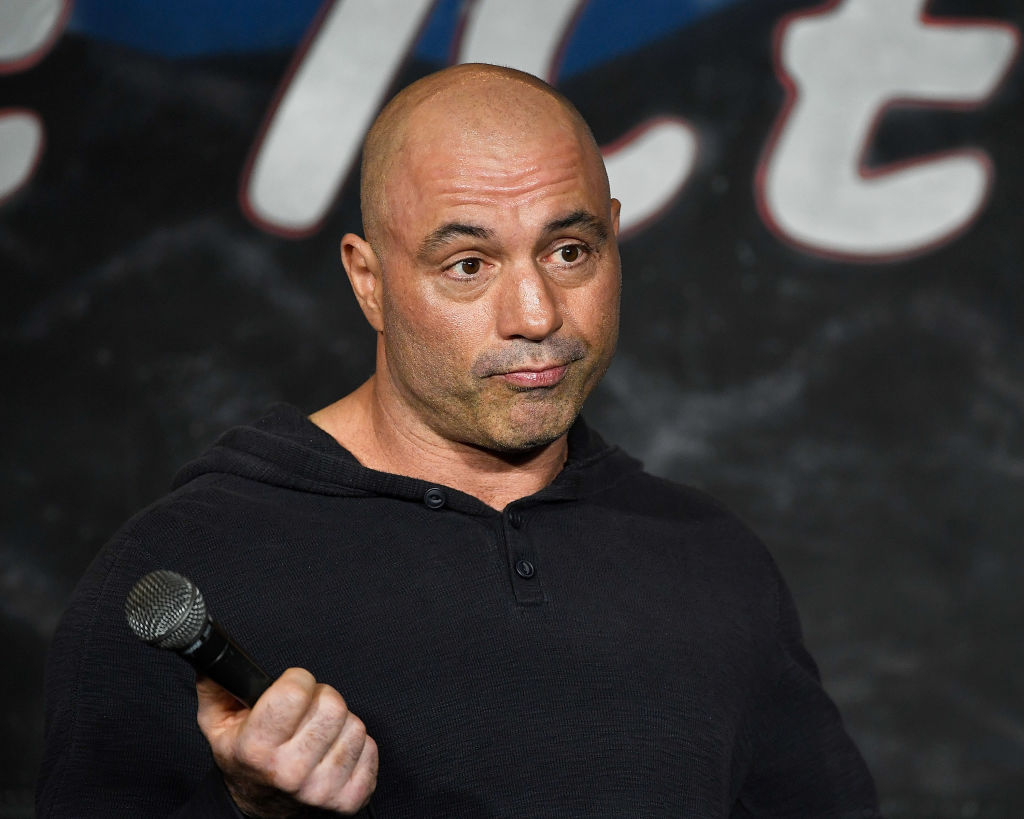 Joe Rogan has caused controversy over the years

Joe Rogan first rose to fame as the host of the TV show Fear Factor. He hosted the original incarnation of the show, as well as a series revival in 2011. He also earned early acclaim as a commentator for MMA and has appeared in several movies and TV shows. Still, his biggest success came in 2009, when he launched the podcast The Joe Rogan Experience. In the years since the podcast first debuted, it has become one of the world’s most popular podcasts, streamed by millions every week.

Rogan has talked to people on all sides of the political aisle and has addressed a number of controversial topics on his podcast. From time to time, he has landed in hot water due to certain remarks that he has made — particularly those relating to transgender people. Rogan has openly talked on his podcast about how he doesn’t necessarily support transgender athletes: “It’s crazy but if you question it, you’re a bigot. There’s a reason why we’ve had male and female sports, that men and women don’t compete against each other. It’s because we’ve agreed OK, there are obviously huge differences … very athletic men, nonathletic men and a huge spectrum of women, very athletic women, and nonathletic women,” Rogan said, as reported by The Things.

The backlash that Joe Rogan received for his discussion about transgender athletes didn’t stop him from diving right into the subject of drag queens. In September 2020, Miley Cyrus visited Rogan’s podcast, and the discussion turned to drag competitions. According to MSN, Rogan slammed a clip that featured popular performer Kennedy Davenport, stating that “they all do the same move. They drop down and do the splits.”

Cyrus didn’t waste any time berating Rogan for his opinion, stating “that’s what I think when I’m watching your show too—all the same stuff.”

What did Joe Rogan say about Caitlyn Jenner in 2016?

A few years ago, Joe Rogan really ended up in trouble when he spoke out about Caitlyn Jenner, who had just publicly come out and began to transition. According to Insider, in an episode of his podcast, Rogan questioned whether Jenner was truly born a woman, saying “I was like, ‘Maybe. Or maybe if you live with crazy b****es long enough, they f***ing turn you into one. Maybe you go crazy.” Rogan’s reference to the Kardashian family as the reason behind Jenner’s gender transformation did not go unnoticed by mainstream media, but the podcast host spoke out once again, this time to Rolling Stone.

“I’ll call her a woman if she wants to be a woman,” Rogan stated. “I’ll call you whatever you want. I don’t care. But you can’t tell me she’s beautiful and that because I disagree I’m a piece of shit … I mean, I don’t understand the mindset of an ultramarathon runner, or an asexual person, or a person who wants to have sex with animals — by the way, I’m not connecting zoophilia to transgender people. What I’m saying is, I don’t give a f***.” Rogan’s comments sparked backlash, with Caitlyn Jenner herself responding, calling Rogan “transphobic” and claiming that Rogan has “gotten his fame by putting other people down and making jokes about it,” as reported by Fox News. Ultimately, Rogan has shown that he holds his opinions firmly and has no problem sharing those thoughts.