As a longtime trailblazer for Latina women, it was only fitting that Jennifer Lopez spoke in Spanish while relaying a message of unity during her inauguration performance.

After performing “This Land Is Your Land” at the presidential inauguration, Jennifer Lopez broke out her Spanish to deliver an important message. “Una nacion bajo Dios, indivisible, con libertad y justicia para todas,” the singer said at the top of her lungs. This phrase, in English, is translated to: “One nation, under God, indivisible, with liberty and justice for all.” This call for unity was prominent at the inauguration, as the United States finally moved on from having Donald Trump as president.

In fact, after Joe Biden was sworn in, he delivered a powerful speech, urging the country to come together after four years of unrest. During his speech, he promised to be a president for “ALL Americans,” and promised that “unity is the path forward.” He also pointed out the significance of Kamala Harris being sworn is as vice president, as she was the first woman elected to national office.

The Inauguration Day festivities kicked off with former political leaders arriving at the Capitol. Barack Obama was joined by Michelle Obama, who looked beyond incredible in her all-maroon outfit. Bill Clinton and Hillary Clinton showed up, along with George W. Bush and Laura Bush. Unfortunately, 96-year-old Jimmy Carter could not make the ceremony, but he sent his “best wishes” to Biden beforehand. 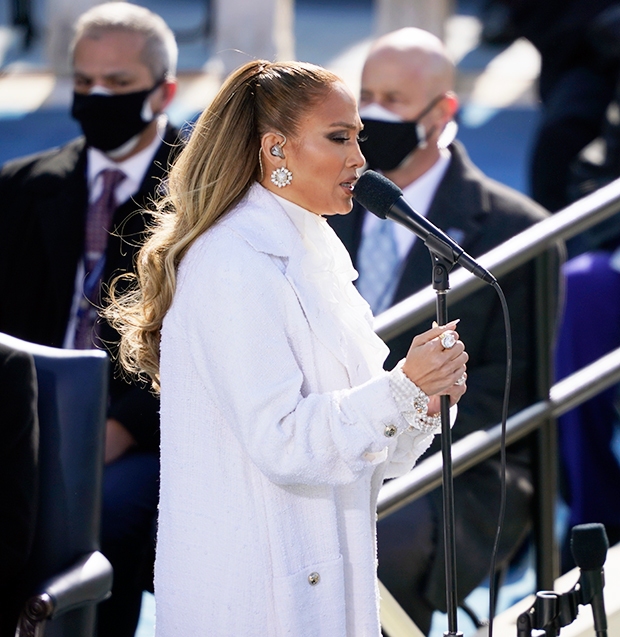 Notably missing, of course, were Donald Trump and his wife, Melania Trump, who left the White House for Florida on the morning of Jan. 20. Former Vice President, Mike Pence, did choose to attend the inauguration with wife Karen Pence, though. The arrivals concluded with Kamala and her husband, Doug Emhoff, and, of course, Joe and his wife, Dr. Jill Biden.

Before J.Lo took the stage, Lady Gaga was front and center with a performance of the National Anthem. The ladies served as the ‘opening acts’ for Joe and Kamala to be sworn in. Then, Joe’s speech was followed by a performance of “Amazing Grace” by Garth Brooks. Taking place just two weeks after riots at the Capitol, this empowering inauguration was just what the U.S. needed as we work to move forward from an extremely difficult year.

An A-list celebrity is one at the very …