The ‘If You Had My Love’ singer takes a hands-on approach to find her dream home, flashing her abs in a crop top while reaching the roof of a construction site.

AceShowbiz –Jennifer Lopez isn’t afraid to get her hands dirty to find her dream home. Having been house hunting with her boyfriend since Thursday, July 15, the singer/actress continued the search on Saturday in Bel Air.

Joined by her crew without her boyfriend Ben Affleck this time, the former “American Idol” judge took a hands-on approach to check out the construction site. The 51-year-old was pictured scaling a ladder to follow a young man to the roof of the unfinished construction.

J.Lo was trailed by the rest of the entourage, including what may be an architect and several associates. The man who appeared to be giving the tour held what appeared to be floor plans. A woman in a blazer also had floor papers. Another man in a blue button-down held a measuring tape and two other women, who did not wear business apparel, may have been J.Lo’s personal guests.

For the outing, J.Lo wore a white sports crop top that flashed her abs, teamed with black leggings and white sneakers. Her hair was pulled in a bun and she sported stylish shades to shield her eyes from the sunlight. 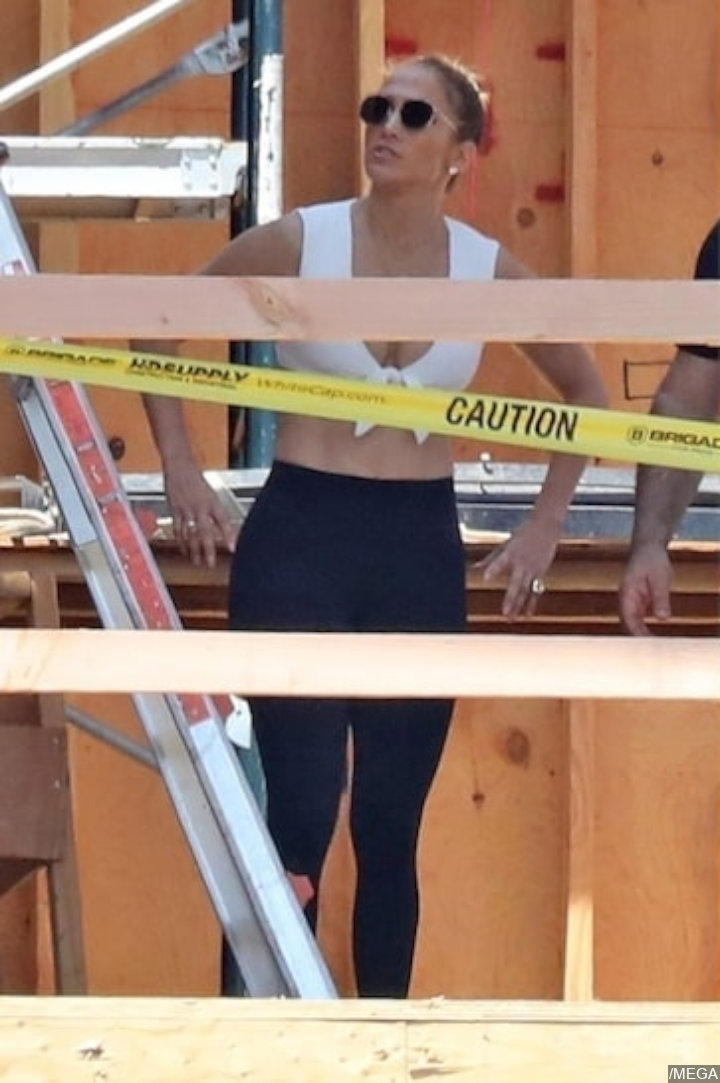 Jennifer Lopez checked out a construction site in Bel Air.

Prior to this, J.Lo and Ben were spotted hunting multiple multimillion-dollar mansions in the upscale Holmby Hills neighborhood on Thursday. They reportedly checked out at least 3 houses during the shopping trip, including a $65 million mansion that features eight bedrooms and 12 bathrooms.

Later on Friday, the pair were seen checking out a more “modest” home option at an upscale Santa Monica neighborhood and not too far from Ben’s Pacific Palisades digs. At the time, they were joined by Jen’s twin children, Emme and Max.

Despite looking for houses together, a source told TMZ that J.Lo and Ben don’t yet have plans to move in together just yet. As for the “Justice League” actor tagging along with his girlfriend during the home tour, the source said that he is just lending a helping hand.

Aquasurance compact foundation can be used wet or dry…

The Sleeping Beauty is a ballet in a prologue and three acts, first …