Born to make her happy. Britney Spears is getting plenty of support from boyfriend Sam Asghari after her emotional courtroom address, a source exclusively tells Us Weekly.

After the Wednesday, June 23, hearing, the “Toxic” singer, 39, flew to Hawaii with her security team and her beau. Asghari, 27, made adjustments to ensure he could focus on Spears’ well-being after her 24-minute testimony, in which she stated how the conservatorship negatively affects her life.

“Sam made sure his schedule was clear the week after the hearing to be there for her 100 percent and support her,” the insider tells Us.

The personal trainer met Spears when he was in her 2016 “Slumber Party” music video. Their relationship went Instagram official in January 2017, and they’ve been going strong ever since. 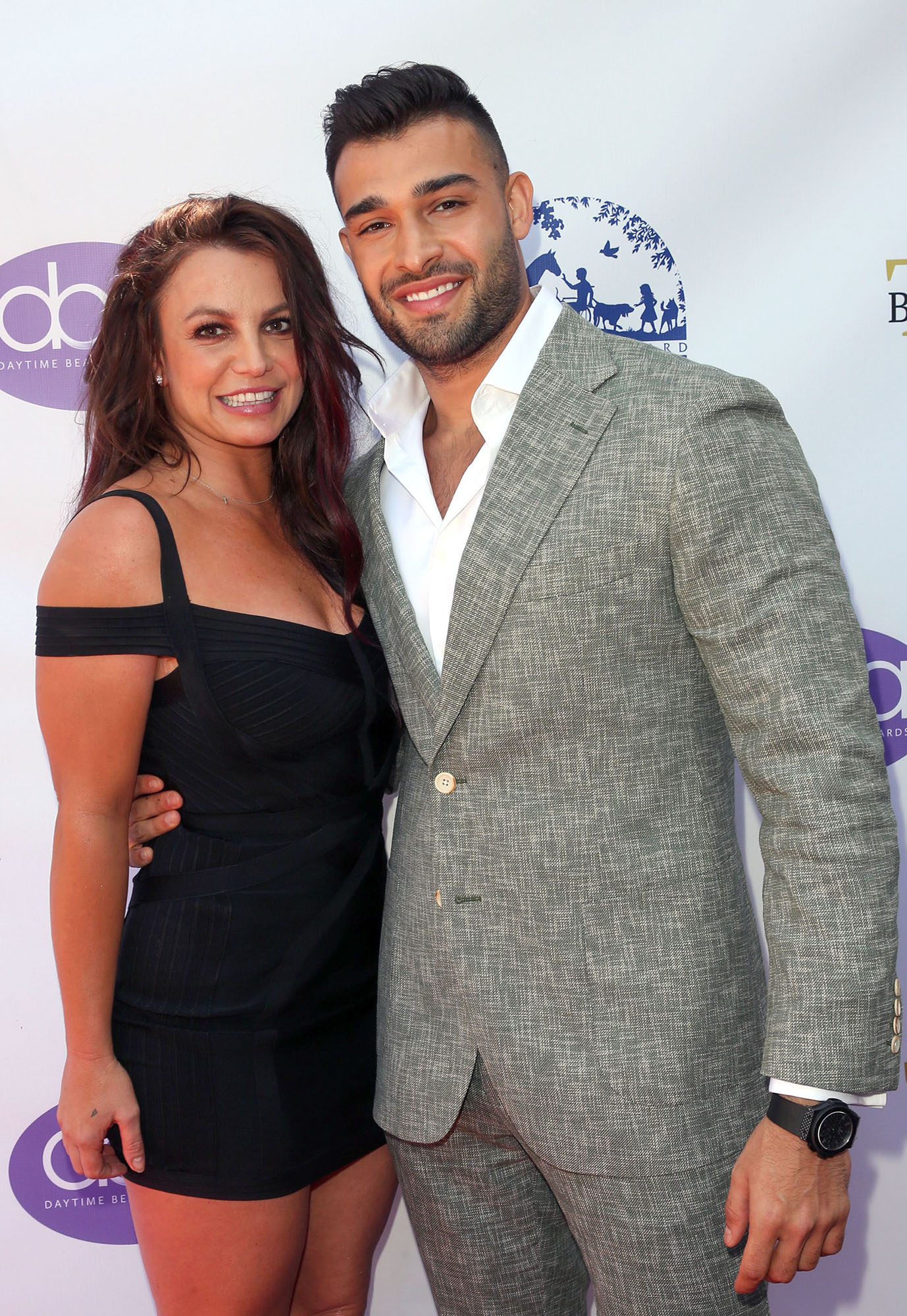 The Iranian model “loves her unconditionally,” and he has been making every effort to make sure the Crossroads star knows how he feels. “She’s been super emotional so he’s making sure she’s loved and treating her like a princess,” the source adds.

The duo returned to a resort they love in Hawaii where the staff knows Spears as one of their kindest guests. The “Circus” performer is “enjoying herself with Sam,” during the low-key vacation. They’re tanning, swimming and snapping plenty of pics while they’re in the gorgeous locale.

Britney Spears’ Ups and Downs With Dad Jamie Over the Years

The fitness expert is also making sure Spears takes care of herself. “They’re cooking delicious food, and eating fresh and healthy meals,” the insider explains. “She’s eating clean and working out with Sam as a form of detox to help her body mentally and spiritually.”

The relaxing getaway comes after the former Las Vegas headliner claimed the conservatorship meant she was forced to use birth control and couldn’t get married or expand her family without approval.

“I would like to progressively move forward, and I want to have the real deal. I want to be able to get married and have a baby. I was told right now in the conservatorship, I’m not able to get married or have a baby,” she told the court. “I have a (IUD) inside of myself right now so I don’t get pregnant. I wanted to take the (IUD) out so I could start trying to have another baby.” 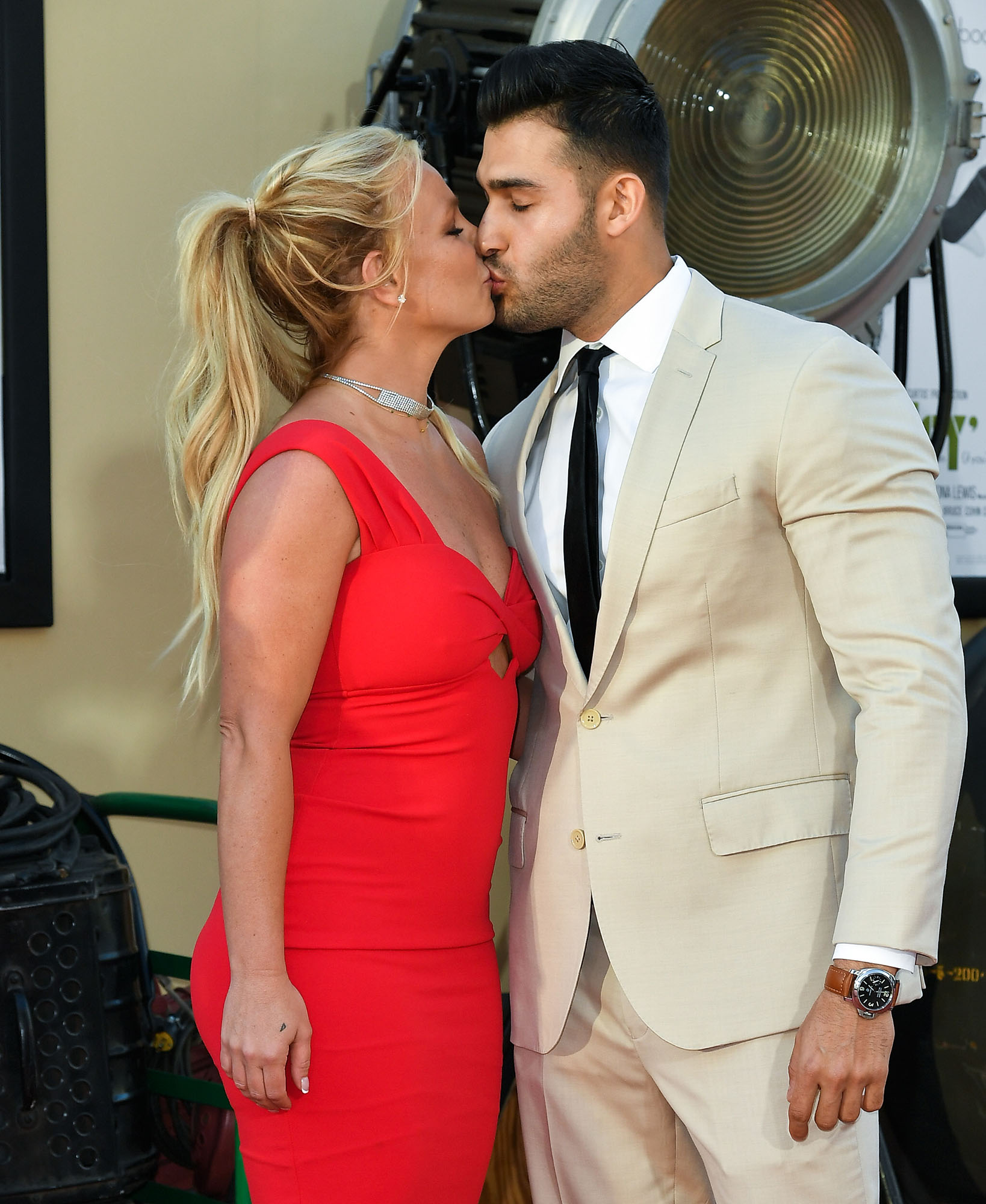 Spears continued, alleging that her guardians won’t allow her to remove the contraceptive device. “This so-called team won’t let me go to the doctor to take it out because they don’t want me to have children – any more children,” the mother of two said. “So basically, this conservatorship is doing me way more harm than good. I deserve to have a life.”

She shares children Sean, 15, and Jayden, 14, with ex-husband Kevin Federline. The two finalized their divorce in 2007.

The Mickey Mouse Club alum’s conservatorship started in 2008. According to her testimony last week, she was unaware that she could petition to end the adult guardianship.

Her father, Jamie Spears, is in charge of her finances along with Bessemer Trust. Jodi Montgomery is the conservator of her person, which means she can make medical decisions. Judge Brenda Penny suggested Montgomery file a care plan with the court to detail Spears’ medical plans.

“I have to be in agreement to this care plan,” Britney interjected at the time. “I can’t be forced to do what I don’t want to do.”

From Miley Cyrus to Jay-Z, weve rounded up …

The 1980s introduced an iconic pop culture, but the people who influenced the decade …