‘Hightown’ returns for season 2 on October 17. HL got EXCLUSIVE scoop from EP Gary Lennon on Jackie’s life after Junior’s death, a post-jail Frankie, Renee’s ‘feelings’ for Ray, and more.

Hightown’s first season came to an end with a number of jaw-dropping moments. Junior died of a tragic overdose just as he was about to start over, and Frankie was let out of prison after Renee betrayed Ray and exposed their relationship.

When the hit STARZ show comes back for its second season, the stakes are higher than ever. HollywoodLife spoke EXCLUSIVELY with executive producer Gary Lennon about what season 2 has in store. From her grief to her facing off against Frankie, Jackie has her work cut out for her. He also noted that season 2 will explore the complicated love triangle between Frankie, Renee, and Ray. Read our full Q&A below: 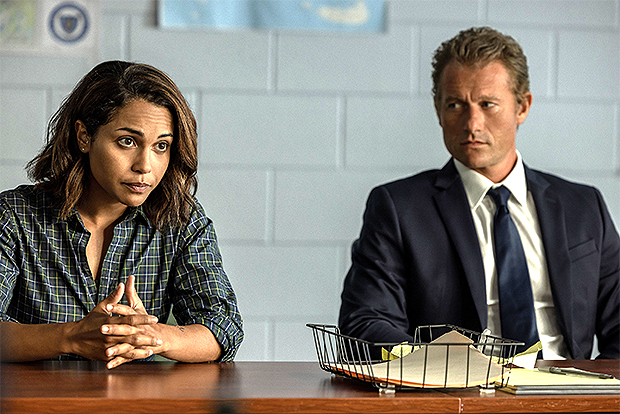 The first season ended with Junior’s tragic death. How is that going to hinder or propel Jackie in season 2?
Gary Lennon: That’s a great question. I think it does both. I mean, our desire is to have characters live truthfully under imaginary circumstances, and we wanted to portray if in fact this had happened to Jackie, how would she behave in her life? I think we dramatize in season 2 how it holds her back in some ways and how it propels her. Obviously, that’s all in the details of what the stories are and how they unfold themselves, but there are very specific details which you’ll see in season 2 of how Junior’s death really has resonated with Jackie. Obviously, one is she wants to take Frankie down because she feels he’s responsible. And then the other is that grief comes out in so many different ways, especially for addicts. You don’t know when it’s going to come. You may not even cry for a year, and then break down. We dramatize and explore all of that, but that’s a great question. I love their relationship so we definitely use it.

When Jackie goes hard, she goes really hard for the people she loves. What is the dynamic like between Frankie and Jackie, especially since she blames him for Junior’s death?
Gary Lennon: It’s a little bit of cat and mouse, but I would say all hell breaks loose. Frankie is now a free man, and he feels empowered. That is going to wreak havoc in everyone’s lives and all of our main characters’ lives. Their dynamic is, who’s the man? You know what I mean? Who’s the boss? They’re going to be at each other. It’s sort of like Moby Dick. Will she catch the whale? It’s a really a hard-hitting push and pull between the two of those characters.

Renee betrayed Ray and went back with Frankie. Frankie and Renee do make good partners. But what is their relationship going to look like going forward? I still feel like Ray is an elephant in the room.
Gary Lennon: Absolutely. I would say season 2 is a triangle. We really dive into that triangle. I think it’s really interesting because Renee did betray Ray. I think something a theme that we played out over the entire first season is that you can love someone and still fail them. It may seem, if you will, that Renee just played Ray, but there are feelings that developed. They’re still there. We’re going to tease that out for everybody involved.

That could be dangerous for Renee and Ray. If Frankie finds out about those feelings, it’s not good.
Gary Lennon: It will be. It could be very dangerous for all of them.

With Ray not being on the force anymore, I feel like this really will open us up to who Ray really is and his background. Is that going to be the case this season?
Gary Lennon: That’s very insightful. In fact, when you bring a character to his knees, when you kneecap him, you bring him to his bottom, and you’re down to one, it reveals a lot about your character. We do that this season with Ray where we reveal his character, reveal more of his backstory. We will dive into his personal life more and explore what are the incidents in this man’s life that made him the way he is. Nobody’s just born that way, and we show you this season why Ray is the guy he is. 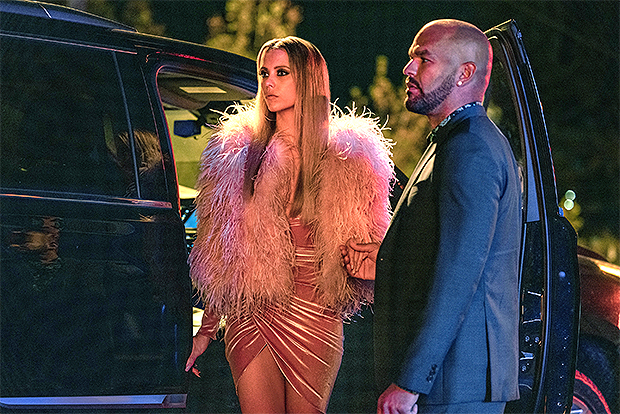 I feel like, for a man like Ray who’s always been in charge, this is not a good situation for him.
Gary Lennon: Absolutely. I mean, think about it. He’s been kneecapped. All his power has been taken away from him. And power itself is like a drug, right? So what’s he going to do to get his next fix? What’s he going to do in order to satiate that desire for power? It’s going to be a roller coaster ride until he gets what he wants.

He leaves Alan behind on the force. How does Alan handle not having Ray around? For all his faults, Ray still got the job done.
Gary Lennon: Their relationship is also an interesting one that we wanted to explore. One of our executive producers KristieAnne Reed for Jerry Bruckheimer TV is a real Alan fan. Dohn Norwood is a wonderful actor. When we were bringing stories to them to have them sign off and approve on them, she often talked about Alan. You’ll see Alan step into his own power and what it’s like when two friends have a relationship and that relationship is inverted and one person has more power than the next and how that causes friction between the two.

What can you tease about some of the new players this season that we’re going to meet?
Gary Lennon: I would say keep an eye on Charmaine and the young actress named Imani Lewis. I think that as an actress she’s a force to be reckoned with. I think she’s really talented, and we’re just getting to see what she’s capable of doing. In season 1, when we saw the dailies and the cuts come in, she had very little screen time. But it made me excited to see her and we wanted to write for her more. And that sort of happened to us on Orange Is the New Black. Uzo Aduba, who ended up winning Emmys as Crazy Eyes, once we saw her in dailies we were like, ‘Oh my God, we need to write for this woman. She’s so talented.’ And that sort of happened with Imani.

Jackie does become a cop this season, and this is her dream. How is she going to be navigating that and playing by the rules more?
Gary Lennon: I think it’s very rough on her. I think that we also dramatize with this storyline the idea that sometimes when you get what you want, it’s not exactly what you thought it would be. We play in that playground with Jackie. We give her wins, we give her losses and everything in between. But it will be challenging because sometimes getting what you want, it’s like that Peggy Lee song: Is that all there is? Sometimes when you get what you want, it loses its value.

Stephen King Dreamed Up a Hitman. Then King Let Him Take on a Life of His Own