“We always knew this was a journey to the chair, but I couldn’t have imagined how rich the journey was going to be to the chair,” Sonequa Martin-Green tells Hero Nation today about her Michael Burnham finally being named the first Black Star Trek Captain in season 4 of Paramount+’s Star Trek: Discovery.

Listen to our conversation with Martin-Green and Star Trek: Discovery creator Alex Kurtzman below:

“Everything I had to learn as Burnham and all the healing inwardly and accepting of inner self before I sat down in that seat, it’s really amazing,” the actress adds, “It makes the fact that this is a historical moment.” 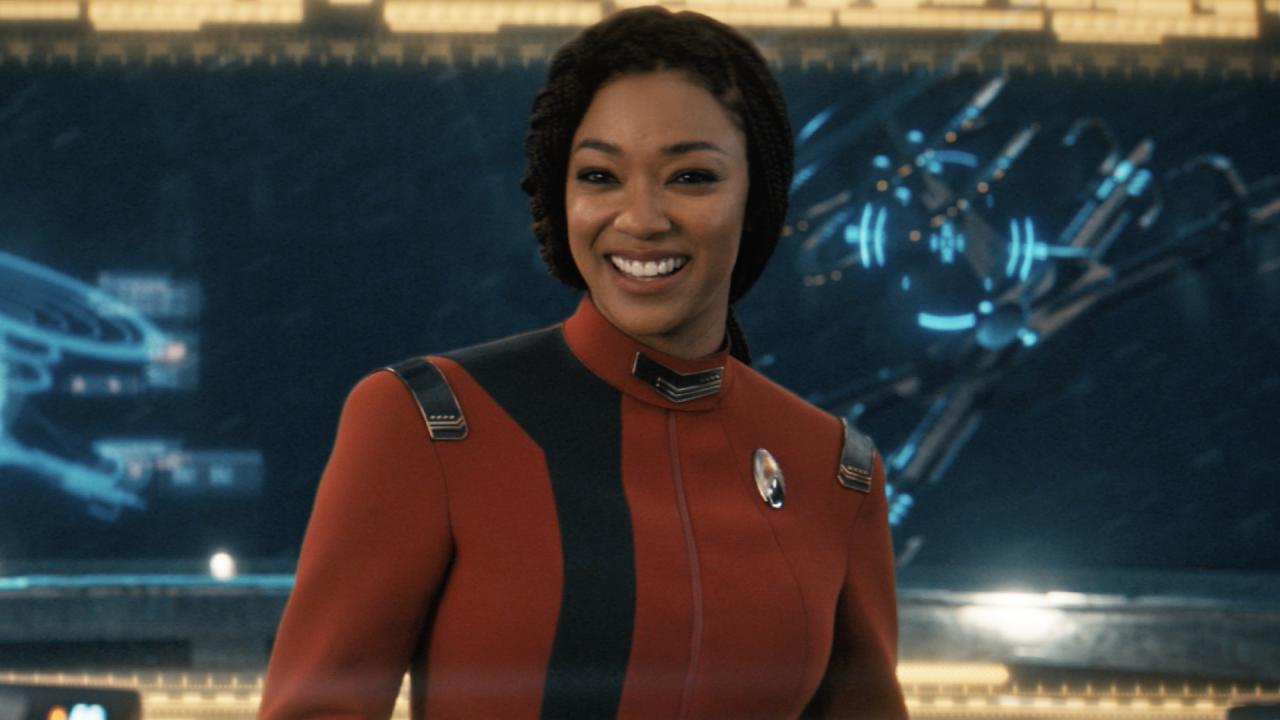 “Burnham has learned how to confront herself, but truly, no human is without flaw,” she adds.

Star Trek: Discovery creator Alex Kurtzman, in also detailing how the writers ‘blew Burnham apart’ unlike other Star Trek Captains before her, also lays out the future of Paramount’s sci-fi franchise.

After Picard crossed over greatly into Star Trek: The Next Generation, going where no other Star Trek series went before, Kurtzman also teases that in regards to more crossovers, “inevitably it’s coming somewhere and somehow.”