The actress took to Instagram on Sunday and shared a snap of herself wearing a black bikini and a matching crochet shawl at the beach. The 51-year-old completed the look with oversized black sunglasses and tousled beachy waves.

“Hope everyone has an endless summer,” Graham captioned the photo.

Previously, the star shared several videos from her Italian vacation in the cliffside village of Positano.

“It’s one of my favorite places,” she gushed. “Why is #positano so beautiful?” 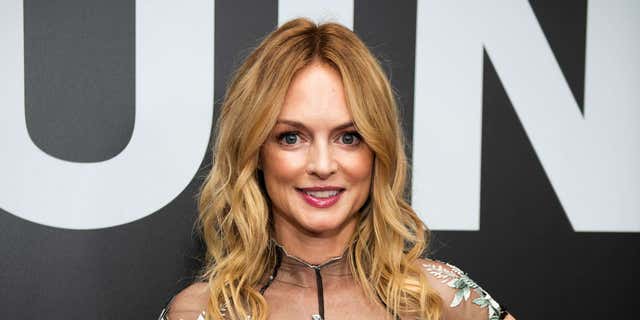 Heather Graham will be starring in the psychological horror film ‘Oracle.’
(Getty)

And Graham has plenty of reasons to celebrate these days. Deadline.com recently reported Graham will be starring in the psychological horror film “Oracle.”

But for now, Graham is enjoying the final weeks of the sizzling season.

The “Boogie Nights” star is often praised on social media for her ageless physique. Back in 2013, Graham gave Women’s Health magazine a sneak peek into her healthy lifestyle.

At the time, the outlet reported she was sugar-free for five years, did yoga three times a week, and took on 20 minutes of transcendental meditation daily.

As for being a sex symbol, Graham had no qualms with the title.

Heather Graham previously opened up about her healthy habits.
(Photo by Frazer Harrison/Getty Images for AFI)

“A woman being able to express her sexuality is the ultimate form of freedom,” she told the outlet. “In American culture, I feel like women don’t have the safety to express themselves sexually. There’s a lot of movies about men’s fantasies, but what about women? What would the world be like if women asked for everything they wanted?”

“It’s an aspect of my personality,” she continued. “Sex is a part of who I am and it took me a long time to feel good about it. I wasn’t sure if it was good or bad to a person who really enjoys sex… It’s too depressing if you listen to what society says, so why not make your own rules?”

What Factors Are Important in Choosing a Medication?