Home » Harsh! Sarah Paulson Was Rejected by Matthew Perry at a 'Makeout' Party

Everyone has a worst first kiss story — but Sarah Paulson‘s might take the cake.

Everything the ‘Friends’ Cast Has Said About Matthew Perry’s Struggles

The American Horror Story actress, 46, recalled an uncomfortable encounter with Matthew Perry early in her career after she was dragged to a party with the late Carrie Fisher. “She asked me if I wanted to go to Gore Vidal’s makeout party,” Paulson said during the Monday, June 21, episode of Jimmy Kimmel Live! “All these people were there and I was, obviously, panicked.” 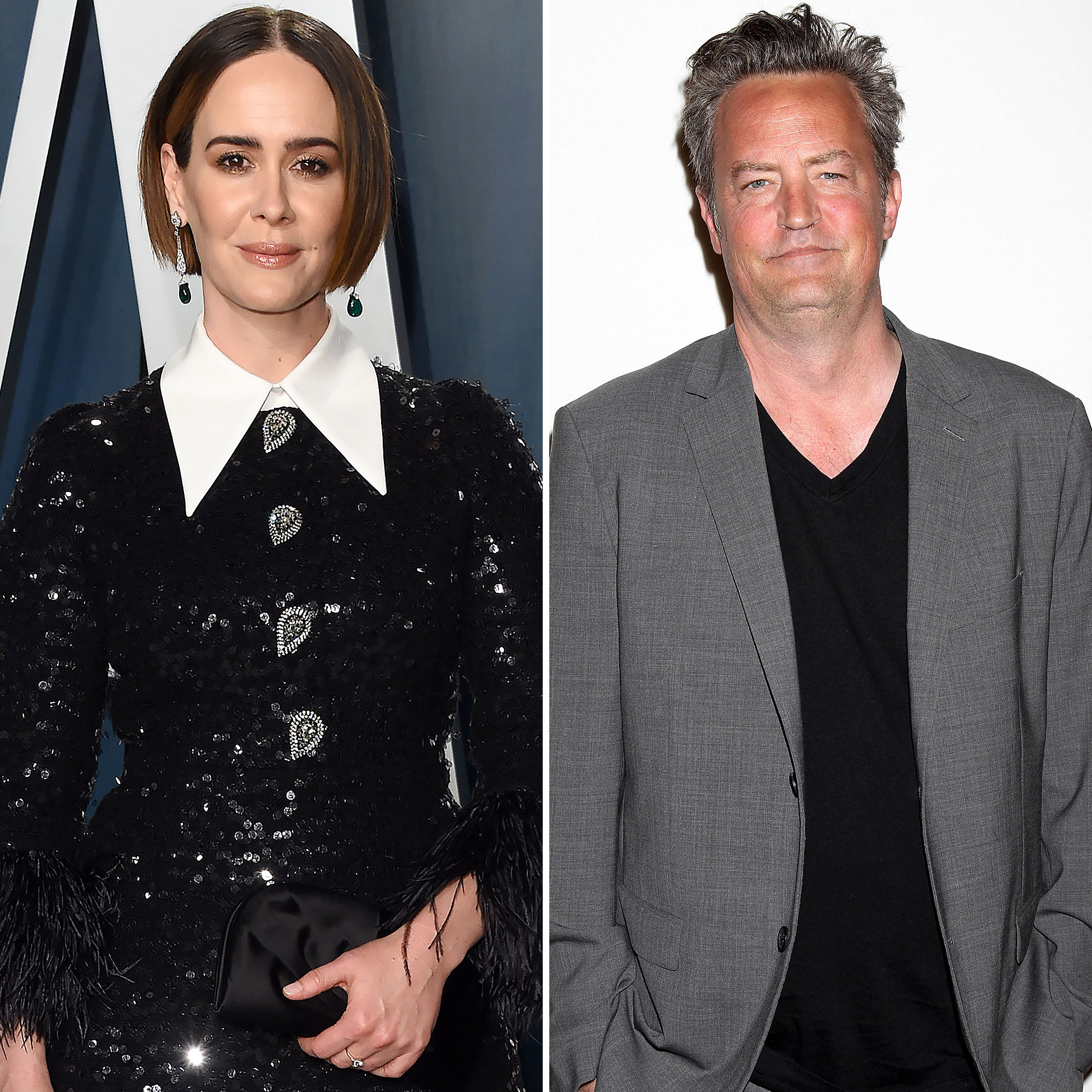 While Paulson “didn’t see anyone make out,” she remembered there being “a hat with names in it,” prompting party guests to pack on the PDA with whoever they selected from the hat. The Emmy winner’s name was pulled by the Friends alum, 51, who didn’t seem too thrilled by the potential kiss.

Though she feigned taking offense to the rejection while recounting the story on Monday, Paulson wasn’t bothered in the moment. “We knew each other a little bit through one of my very best friends in the world,” she explained. “It was awkward … but then we ended up playing romantic partners years later on a show called Studio 60.”

The Aaron Sorkin-created series aired for just one season in 2006 and focused on the behind-the-scenes production of a live sketch show seemingly based on Saturday Night Live. Paulson portrayed Harriet Hayes, one of the show’s performers, while Perry starred as writer-turned-producer Matt Albie. Working together on the short-lived series made up for the makeout mishap.

“I got my kiss,” Paulson teased triumphantly. “I got several kisses, and boy, did he regret not taking me up on it back at Gore Vidal’s makeout party.”

With her partying years behind her, the Ratched star has settled down with Holland Taylor. Us Weekly confirmed in December 2015 that the pair sparked a romance a few months prior.

“I didn’t choose to fall in love with the person I fell in love with,” she explained during a 2018 interview with Elle while addressing the 32-year age difference between her and Taylor. “But I think why it’s interesting to people is that on paper, it’s unconventional. For a person who might find themselves in a situation that they fear will be misperceived or judged, maybe they could see me living my life in a way that is authentic to me — just trying to be as real as possible. If that inspires anybody else, that can’t be a bad thing.”

As their relationship has progressed, the duo are still in awe over one another. The Practice alum, 78, exclusively told Us in January 2020 that her connection with Paulson sometimes feels like a “mystery.”

“I’m surprised by Sarah,” Taylor gushed at the time. “I mean, that we love each other and respond to each other this way is not the surprise, but that she would make a commitment like this and that she would share her life with me is a constant surprise every day really. A big age span is a challenge to any relationship. And she’s just very brave. She’s very brave and she is very truthful and she’s going to live her truth. And so I basically am following her lead and I’m blessed.”