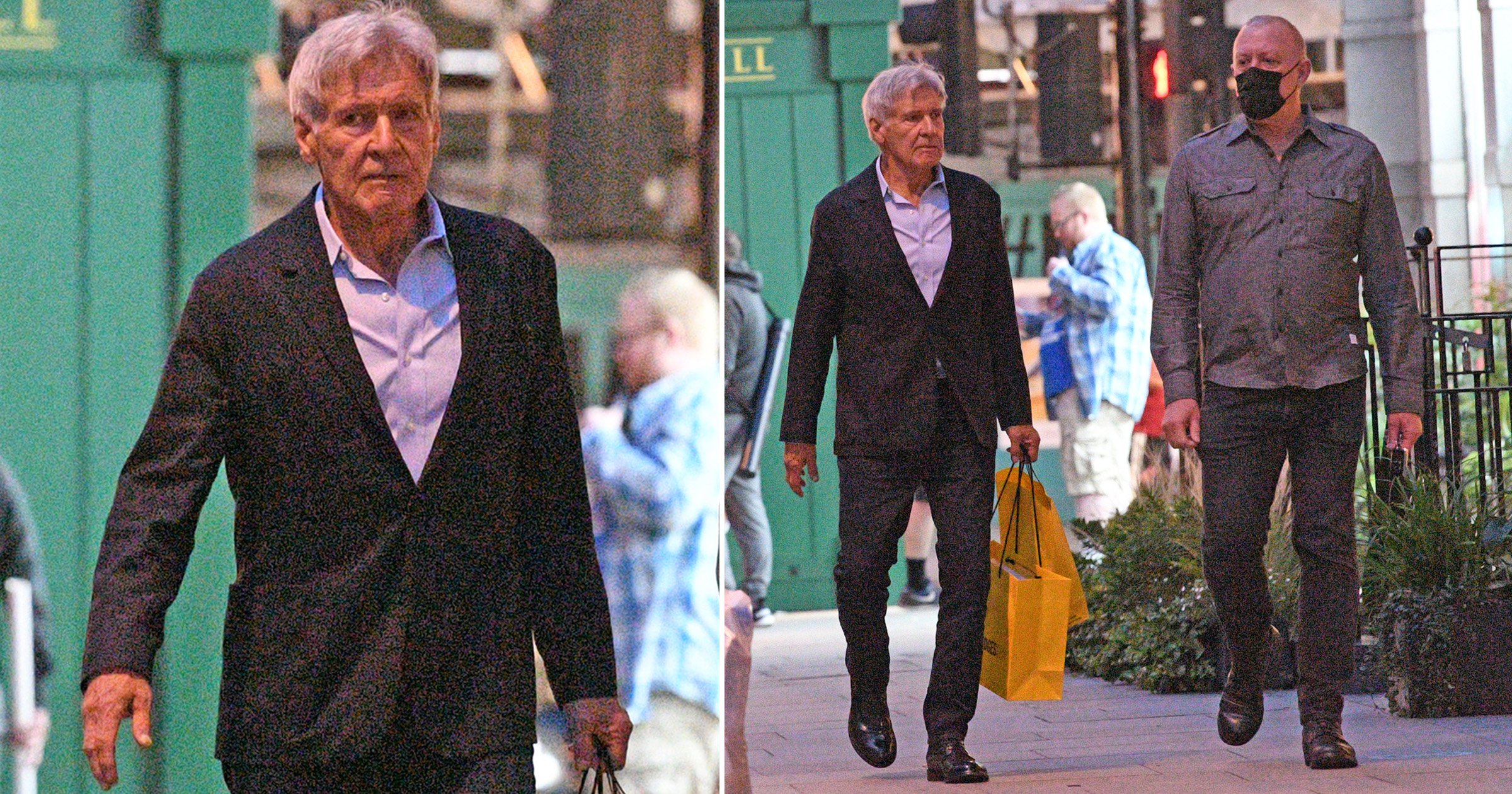 Harrison Ford was seen enjoying some downtime with a shopping trip in London this week after suffering a shoulder injury earlier this summer.

The actor, 78, sustained the injury in June on the set of Indiana Jones 5 at Pinewood Studios, causing filming schedules to be rewritten.

Harrison appeared to have spent some cash at Selfridges as he was seen toting a couple of the store’s famous yellow bags on his outing, for which he was joined by a security guard.

It was previously reported that the Hollywood icon hurt his shoulder while rehearsing an action scene involving a train.

In a statement released at the time, Disney said: ‘In the course of rehearsing for a fight scene, Harrison Ford sustained an injury involving his shoulder.

‘Production will continue while the appropriate course of treatment is evaluated, and the filming schedule will be reconfigured as needed in the coming weeks.’

A source also told The Sun that the actor ‘aggravated an old injury’ and may require surgery to ‘put it right’.

Director James Mangold continued to shoot scenes without its hero throughout his recovery, but at the time the crew were ‘warned there could be a four to five-week break’.

In 2014, the Star Wars: The Force Awakens co-star made headlines for another injury after he was crushed by a hydraulic door on the set of the Millennium Falcon spaceship, where he reprised his role as Han Solo.

In 2016, the Guardian later reported that the company responsible, Foodles Production, pleaded guilty to two breaches under health and safety legislation.

The then 71-year-old suffered severe injuries from the accident and broke his leg after he had walked onto the set-piece, believing it was inactive — the weight of which is equivalent to a ‘small car’, a health and safety executive said at the time.

The star has since made remarkable recoveries following what could have been a fatal incident, including that of his less-threatening, recent shoulder injury.

Harrison will soon star in the fifth instalment of the Indiana Jones franchise opposite Phoebe Waller-Bridge and Mads Mikkelsen.

The fictional archaeologist was last seen in 2008’s Indiana Jones and the Kingdom of the Crystal Skull.

The upcoming action-adventure film is set to be released in July, 2022.