Good Morning Britain star Alex Beresford, 40, appeared shocked after his co-star Laura Tobin, 39, reminisced about their time at Glastonbury. Their cheeky back and forth came after Charlotte Hawkins, 45, grilled Alex about his sex life.

Piers Morgan and Susanna Reid were replaced by Alex and Charlotte on the ITV morning show today, as the regular hosts are taking a break over the school half-term.

The pair discussed the latest newspaper headlines, with one article stating that bald men with beards were the best in bed, leading Charlotte to quiz her co-star.

Seeking verification, she turned to her colleague and asked: “Baldies with a beard are the best in bed. So have you got anything to declare, Alex?”

Alex hesitated to answer the question as he awkwardly looked around the studio. 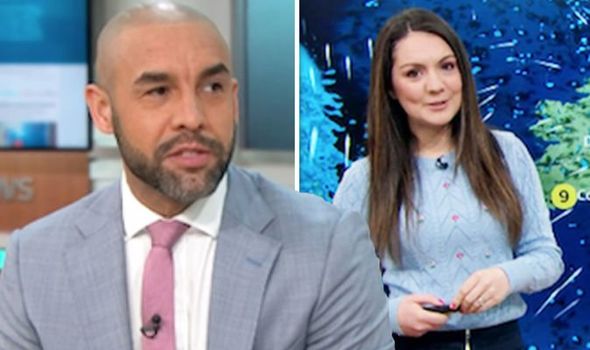 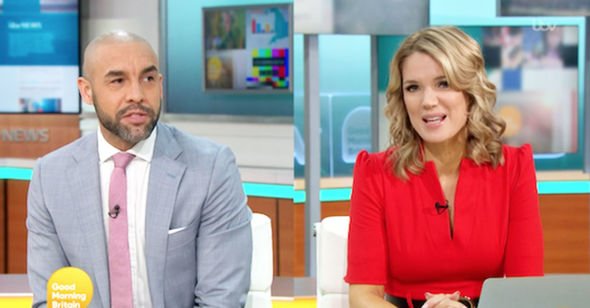 “Are you alright over there Laura?” Charlotte quizzed the meteorologist, who looked on sheepishly.

She then got the giggles, as Laura declared: “The rumours are true.”

The GMB presenters all chuckled at her remark, as Charlotte quizzed further: “Is there something going on in the weather corner?”

Laura replied: “He wishes. There was this one time at Glastonbury where we had to share a tent.” 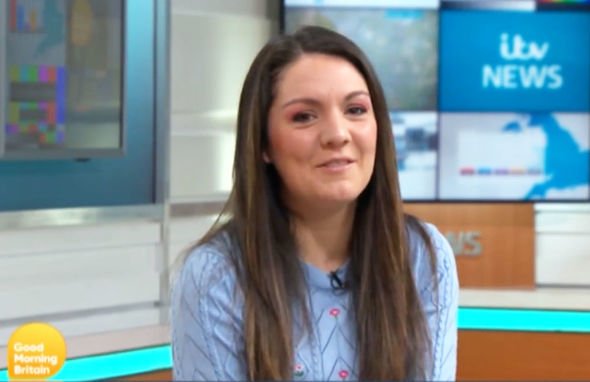 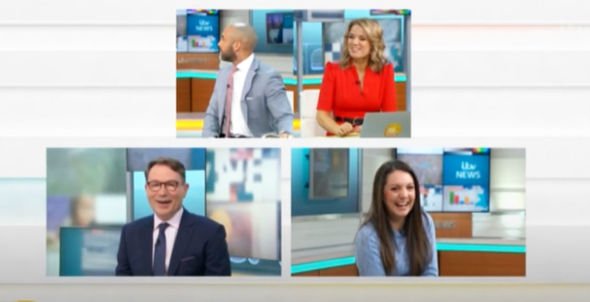 A gobsmacked Charlotte said: “You had to share a tent together at Glastonbury?”

Alex then jokingly commented: “How old is your daughter?”

He then insisted: “Nothing happened in the tent,” as Charlotte took it to a commercial break.

Viewers at home took to social media to address their cheeky exchange, as one wrote: “What happened in the GMB tent at Glastonbury? It’s like the Gavin & Stacey fishing trip all over again.”

Another penned: “Laura Tobin is incredibly flirty at six o’clock in the morning.”

“Just spat my coffee out @alexberesfordTV @Lauratobin1,” a third commented.

While a fourth wrote: “Did you hear about Glastonbury? Alex and Laura SHOCKER!”

Charlotte was quick to shut down the conversation and insisted that bosses were telling her to move on.

Meanwhile, Alex appeared to reignite his feud with his colleague Piers in a cheeky swipe.

Charlotte and Alex began the show by discussing Piers’ show Life Stories, which will see the outspoken presenter chat to Chris Eubank tonight.

Good Morning Britain airs weekdays on ITV at 6am.

Take a look at our list of celebrities who are proud …

Celebrities, including Karlie Kloss, Miranda Cosgrove, and Dakota Fanning who are currently enrolled in …