The Bring It On actor kicked off her whirlwind press tour for her Cheaper By The Dozen remake yesterday in NYC. With the help of stylist Thomas Christos Kikis, the star wore six outfits over the course of her packed day, turning the sidewalk in front of her hotel into a runway as she emerged in look after look.

The star started her day with a Good Morning America appearance, choosing a navy suit for the TV appearance. She wore her suit jacket open over a matching vest, both featuring large gold buttons, with the last few buttons of her vest undone. She accessorized the look with a simple gold choker, wearing her hair in a sharp asymmetrical bob. 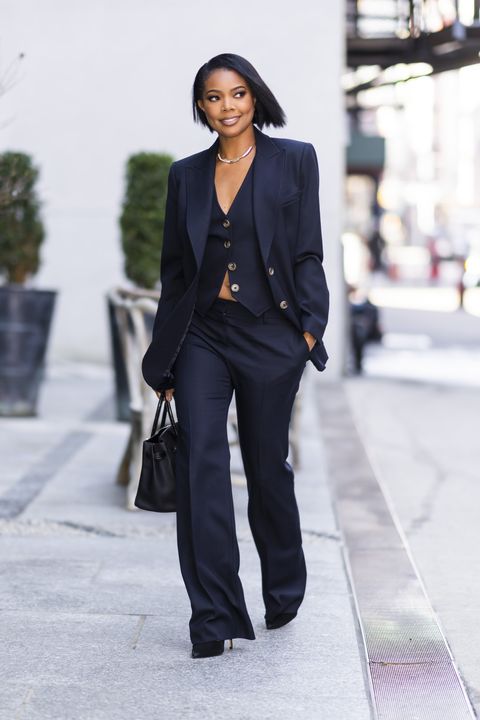 Later in the day, the Being Mary Jane actor changed into an ethereal top by Rodarte, which was off-white with pink ruffled decoration down the torso and purple ones on the sleeves. She paired the top with a flowing white midi skirt and brown knee-high boots by Jimmy Choo. 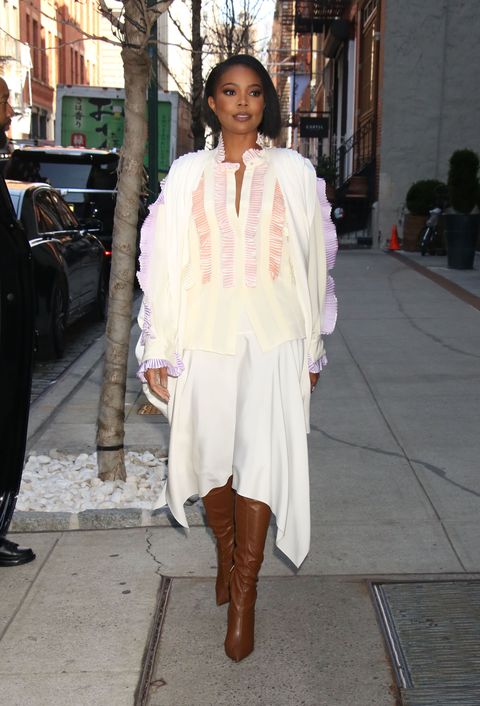 Union also stepped out in a more casual white look, wearing a floor-length collared shirtdress straight from Brandon Maxwell’s Fall/Winter 2022 show last month. She paired the shirtdress with a knitted sweater and cropped light-wash jeans, finishing the look with a pair of black stilletos. 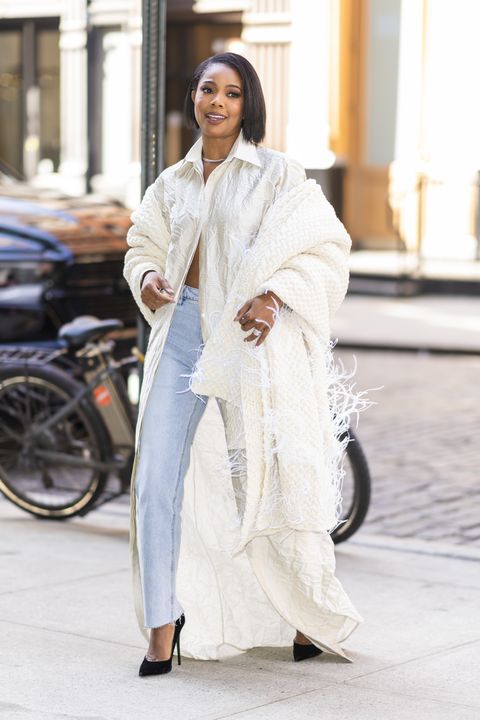 The actor also shared one more fun look on her Instagram, where she wore a purple and white crochet top with a gray-brown pinstripe suit. She accessorized with an orange belt, worn long and hanging down her waist, as well as a pair of black sandals.

In the latest remake of the 1950 comedy, Union plays a mom raising her blended family of 12 kids alongside Scrubs star Zach Braff. During an appearance on The View, the actor said of her film family, “We are racially blended, culturally blended. We have each been married to other people and had children with them. So we are showing you what co-parenting can look like in all of its challenges…but also when it works well, how beautiful it can be.”

Cheaper By The Dozen premieres March 18 on Disney+.

Look your best with great deals on premium-brand cosmetics …