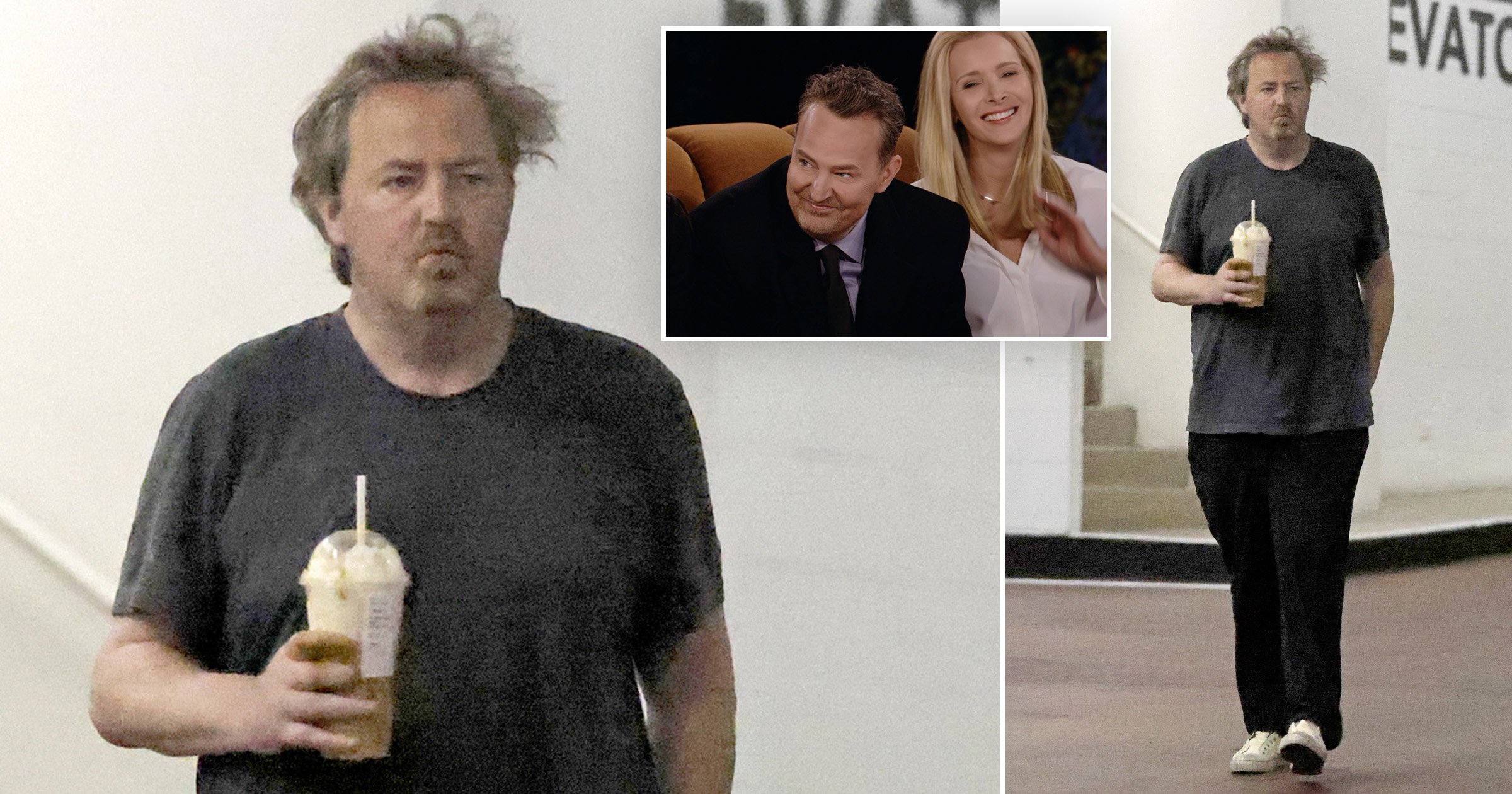 Matthew Perry kept things low key as he stepped out for coffee in a rare public appearance.

The Friends legend – known to fans around the world for playing Chandler Bing in the all-time classic sitcom – sported a more casual look as he was seen out and about in Beverley Hills over the weekend.

The 52-year-old star was spotted with ruffed-up hair and a slight beard and moustache rather than his typical clean shaven style.

He was wearing a baggy grey t-shirt, dark sweat pants and white laceless trainers as he clutched an iced drink and walked to his car.

He seen walking with a mystery brunette, having been spotted heading out for a McDonald’s last month.

That outing marked the first time he was pictured in public since October 2021, when he was on a coffee run in Los Feliz, California.

In his latest Instagram post last week, Matthew promoted the Friends Cast Collection with a snap of him showing off a t-shirt depicting the beloved pink bunny scene.

Alongside the snap – which he’s shared a few times with different designs – he wrote: ‘The pink bunny is back!! The final drop of the Friends Cast Collection is here featuring our favorite moments from seasons 7-10.’

And last summer, he posted a picture of himself beaming in a restaurant, which he captioned: ‘Happy days…’

He might not have been seen much in public, but Matthew’s been busy recently after previously announcing plans to release his debut autobiography, titled Friends, Lovers and the Big Terrible Thing.

The memoir promises to be a ‘juicy’ read, as the actor will treat fans to a candid insight into his colourful life and career, including his addiction battle and his time on Friends alongside Jennifer Aniston, Courteney Cox, David Schwimmer, Matt LeBlanc and Lisa Kudrow.

Announcing the book – which is due out in November – on Instagram, Matthew said at the time: ‘So much has been written about me in the past. I thought it was time people heard from me.

‘The highs were high, the lows were low. But I have lived to tell the tale, even though at times it looked like I wouldn’t. And it’s all in here. I apologise it’s not a pop-up book.’

At the time, an insider suggested to People that as well as discussing ‘the tougher times that he went through with the cast’, the comic actor will go into how he really felt over the long-awaited Friends Reunion, after he admitted he felt like he would ‘die’ if he didn’t get a laugh from the audience.

Matthew is believed to be single after splitting from fiance Molly Hurwitz in June 2021.

Confirming the news to People, he said: ‘Sometimes things just don’t work out and this is one of them. I wish Molly the best.’

Candle in beauty and the beast