Eamonn Holmes, 62, has veen very vocal about the health ailments that cause him to be in excrutiating pain, giving chrinic pain sufferers more visibility. Taking to Twitter earlier today, the GB News star issued a message to those who, like him, struggled with painful health issues.

In view of his one million followers, Eamonn began: “Hello all my #ChronicPain sufferers….

“I know it not much help but it does help a little I feel to know we are not alone.

“Therefore from time to time I make these posts so some of you can share stories and just talk to someone who knows what u r going through.” (sic)

Eamonn soon received a reply from a Twitter user named Fadinha28, who descibed the “pain” and “stiffness” she felt every day. 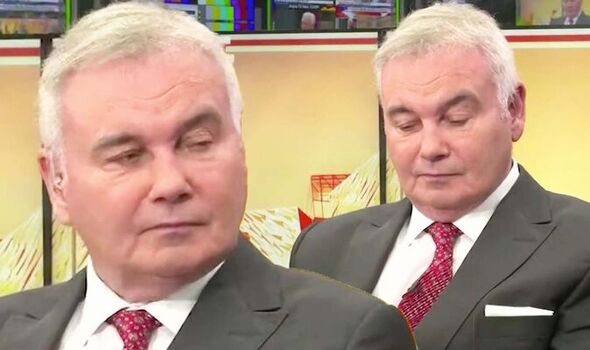 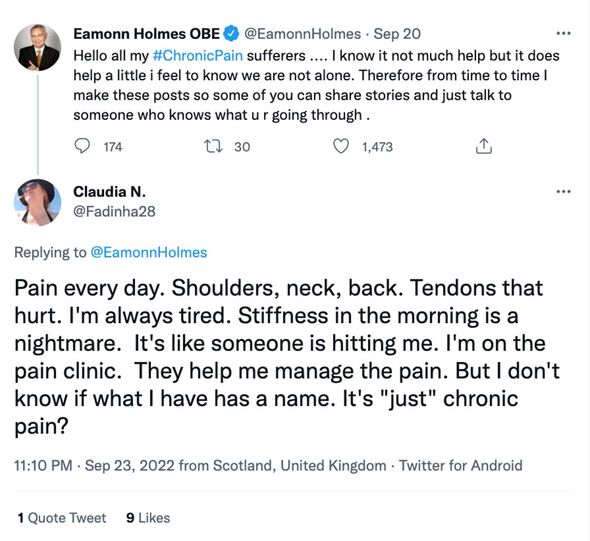 She typed: “Pain every day. Shoulders, neck, back. Tendons that hurt.

“I’m always tired. Stiffness in the morning is a nightmare.

“It’s like someone is hitting me. I’m on the pain clinic. They help me manage the pain. 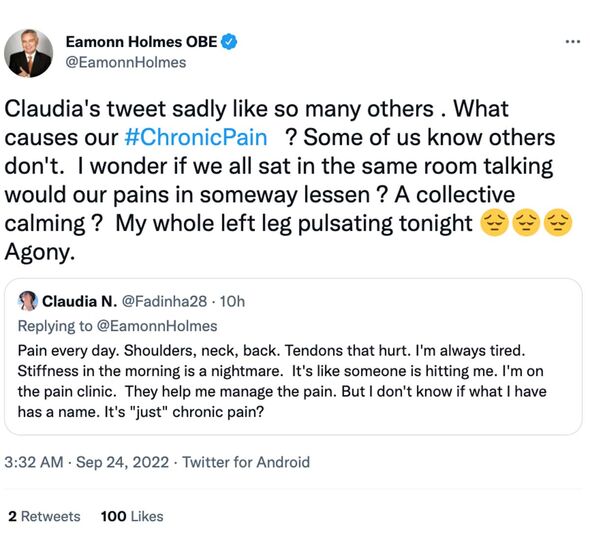 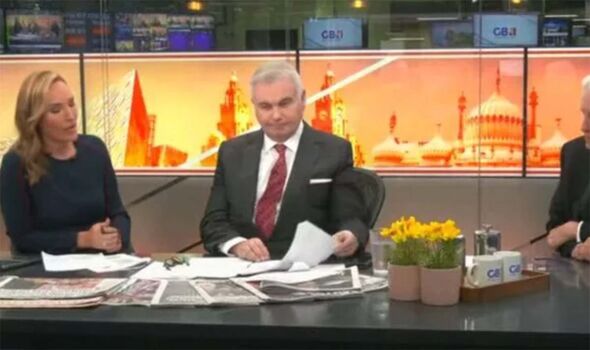 “What causes our #ChronicPain ? Some of us know others don’t.

“I wonder if we all sat in the same room talking would our pains in someway lessen ? A collective calming ?”

Back in March this year, Eamonn was diagnosed with a dislocated pelvis and three slipped discs.

A slipped disc is when “a soft cushion of tissue between the bones in your spine pushes out”, the NHS explained.

He has been walking with crutches, but is determined to work with his physiotherapist, James David, to “still get around” without their help.

Back in June, Eamonn shared a video of one of his training sessions on Twitter, in which his physiotherapist said they had “gone past the recoup stage.”

In the subsequent “rehab stage”, the pair have been aiming to strengthen Eamonn’s pelvic stability.

“I’m just getting him to do loads of leg movements to help to train the brain that he can move in that way,” James explained.

He added: “So even the most simple things, it’s hard, but it’s getting better.”

Madonna, 63, Is Sexier Than Ever In Marilyn Monroe Inspired Shoot For ‘V’ — Photos